Festivals by sand and sea

February heralds the start of a host of quirky events around the nine cities that make up Greater Palm Springs, starting on the 9th with art installation festival Desert X (desertx.org). This is a free outdoor exhibition of works by 15 local and international artists, who each set up a piece in a different location throughout a 45-mile radius.

‘I wanted people to see the region through the lens of contemporary art,’ says founder Susan Davis, who launched the first of these biennial festivals in 2017. ‘Part of the wonder of this whole thing is searching for the pieces. We want it to be as much about the journey between each one as the effect of seeing the work itself.’

Then check out the fourth Bombay Beach Biennale, which launches in April (dates to be confirmed; bombaybeachbiennale.org); here, in a faded resort by the Salton Sea, hippies and bohemians will indulge in ‘a renegade celebration of art, music and philosophy’, according to one of its founders, hotel owner Stefan Ashkenazy.

Build up your knowledge

From February 14 to 24, lovers of period architecture can feast their eyes on all the stylish, mid-century modern buildings they desire during Modernism Week (modernismweek.com; event prices vary), now in its 14th year.

Traditionally focusing only on Palm Springs, this year it will be expand to other cities such as Rancho Mirage, where proud owners are happy to showcase their amazing, envy-inducing homes. There will be regular bus tours of some by the period’s most famous architects, including Rudolph Schindler, Alfred Frey and Richard Neutra, a keynote speech by architect Moshe Safdie (who designed the likes of Singapore’s Marina Bay Sands), and a variety of exhibitions and talks.

For the second year running, on the first Friday of every month until the end of April, you’ll find a gathering of food trucks on the top floor of the parking lot at Westfield in Palm Desert (discoverpalmdesert.com). OK, it doesn’t sound that glamorous, but the space has been transformed by a series of massive murals by street artists, and now it’s a must-do for locals and visitors alike. Expect live music, lots of tasty food and even the chance to see some street artists in action.

In the region’s heyday of the 1950s and 1960s stars such as Frank Sinatra and Marilyn Monroe came to get a break from nearby Hollywood — and as a result, classic design hotels abounded. Five decades on, a raft of new ones have recently opened, several trading on this retro aesthetic.

The Paseo (rooms from about £250 a night, hotelpaseo.com) is the first luxury hotel to open in Palm Desert for 30 years. Its slanted porch — with holes punched in for two palm trees to grow through — and nod to mid-century style makes it seem like it’s been there for decades. You can even stay in its Airstream trailer. 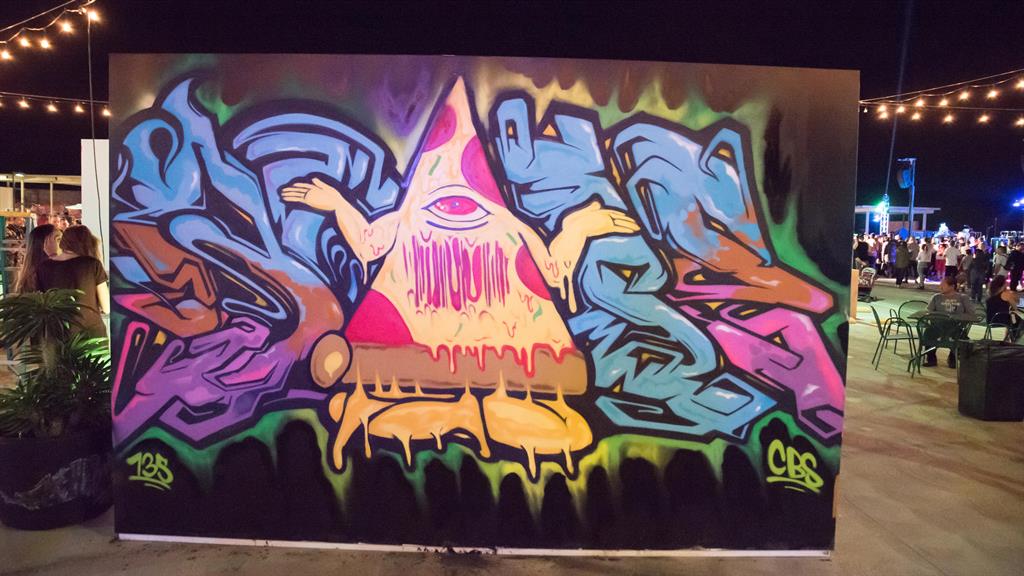 Have your camera ready at The Sands in Indian Wells (rooms from £146 a night, sandshotelandspa.com), which opened last year. Dating from the 1950s, its Moroccan-themed decor, all courtyard fountains and black-and-white tiling, has been given a new lease of life by award-winning designer Martyn Bullard. Make a beeline for its Pink Cabana bar, a riot of gold and brass fittings, pink walls and velvet furnishings.

In Palm Springs proper, crowds flock to the rooftop pool bar at the Kimpton Rowan hotel (£241 a night, rowanpalmsprings.com), which has views across the San Jacinto mountains. In-the-know hipsters are checking into Arrive (£149 a night, arrivehotels.com), where you get a free cocktail on arrival.

■ It was temporarily suspended last year for financial reasons but the good news is that the Buzz — Palm Springs’ much-loved free shuttle bus service (below) — is back. Buzz runs a regular circuit downtown, year-round, from noon to 10pm on Thursdays, Fridays and Saturdays, taking passengers up and down the main thoroughfares of Palm Canyon and Indian Canyon Drive. new.buzzps.com 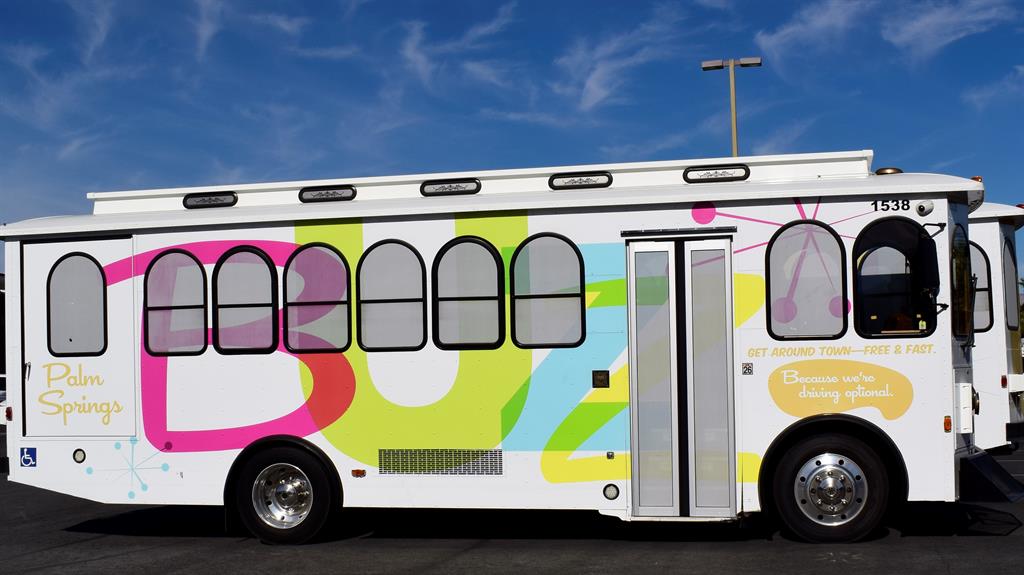 ■ Every Thursday, from 4pm to 8pm, the Palm Springs Art Museum (below) is free to the public. The largest cultural institution in the Coachella Valley, it covers three locations in Palm Springs and Palm Desert, with the flagship in downtown PS. It also hosts free second Sundays for children. psmuseum.org 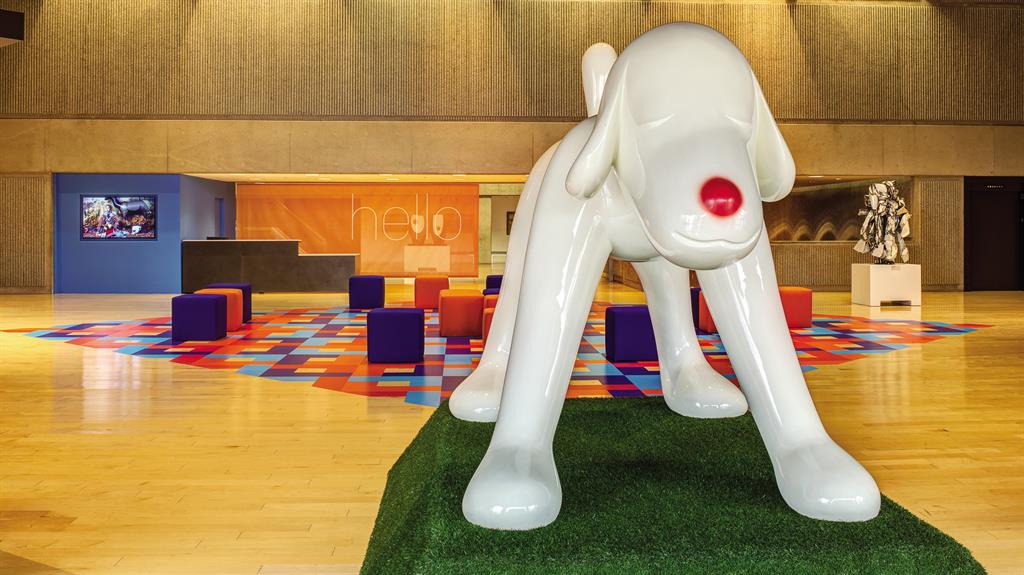 ■ It’s Cali, so drinking green juice and doing yoga is practically compulsory. But you can get your fitness for (practically) free: every Saturday, donation-based power yoga classes are held in Ruth Hardy Park (poweryogapalmsprings.com). Alternatively, learn the art of chi-walking — which combines running and walking with t’ai chi — in Palm Desert (meetup.com).