RUGBY UNION: Alex Goode insists he can step in for Owen Farrell at fly-half and lead ‘underdogs’ Saracens to Champions Cup victory in their European quarter-final showdown at Leinster on Saturday. Farrell will miss the Dublin clash after his high-tackle suspension, leaving Goode and Manu Vunipola the main options at fly-half. ’Owen’s would be pretty hard shoes to fill, but Manu’s been fantastic this year, he’s stepped up brilliantly,’ said Goode. ‘If it were me I would just try and play it in my own way really, just try and control the team and lead them around the place. ‘You can’t compare anyone to Owen. But the next person, whether me or Manu, will put our best foot forward, and go on and have a good game.’

No punishment for Hamilton over protest T-shirt in Tuscany

FORMULA ONE: Lewis Hamilton has avoided any action by F1’s governing body over the T-shirt he wore at the Tuscan Grand Prix. Ahead of Sunday’s race, Hamilton took a knee wearing a black T-Shirt with the message ‘Arrest the cops who killed Breonna Taylor’. Taylor, a 26-year-old black woman, was shot dead by police in her Louisville home six months ago. The Mercedes driver also wore the T-shirt on the winner’s podium. The news came as Hamilton declared on Instagram he will continue to use his standing to promote his views. ‘I want you to know that I won’t stop,’ he wrote. ‘I won’t let up.’ 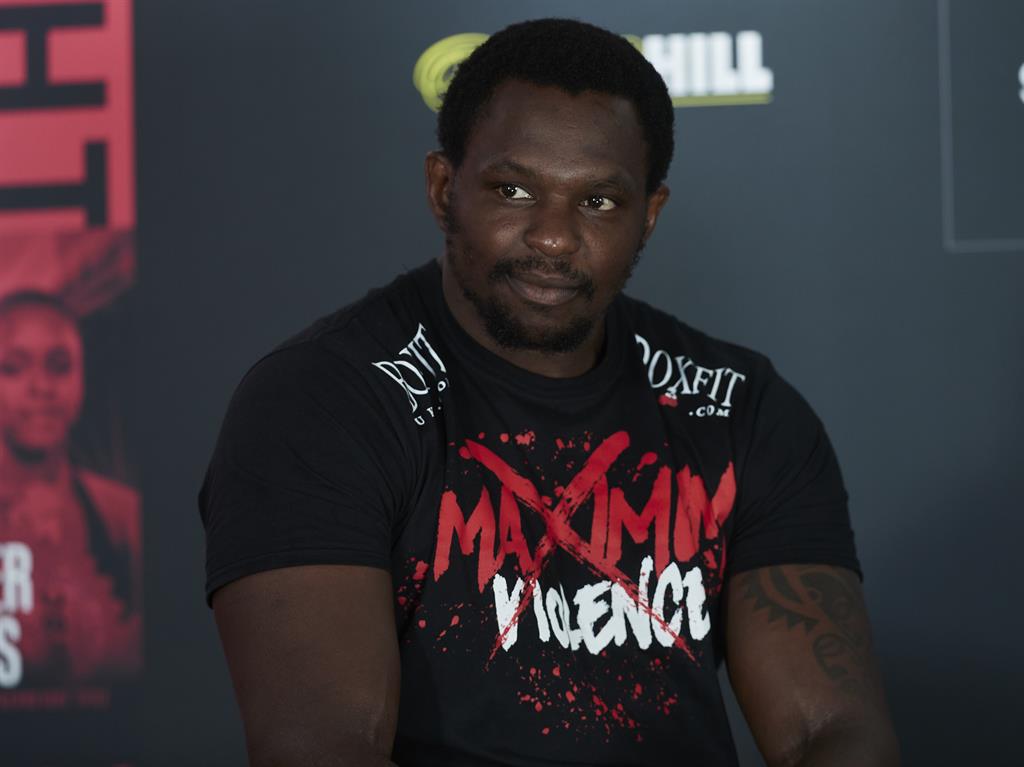 BOXING: Dillian Whyte will get the opportunity to avenge his stunning defeat to Alexander Povetkin in a rematch on November 21. Whyte’s hopes of a world-title shot were ended by the Russian last month as he was knocked out in round five. ‘I’m over the moon,’ said Whyte (pictured). ‘As soon as I got out of the ring, I was looking for confirmation the fight would be on. I can’t wait to get back in the ring and get back what is rightfully mine.’

Ian is the bain of Bears’ life again

CRICKET: Ian Cockbain proved the scourge of Birmingham Bears once again as Gloucestershire moved to the brink of qualification for the Vitality Blast quarter-finals with a 50-run win in Bristol. Having smashed an unbeaten 84 in the reverse fixture at Edgbaston, the 33-year-old hit 44 off just 21 balls to help his side to 173 for six. In reply the Bears were 123 all out, Matt Taylor and Graeme van Buuren with three wickets each.