FIGURES across the entertainment industry — from Demi Lovato to Bebe Rexha — have paid to former Glee star Naya Rivera, after her death was confirmed at the age of 33.

The actress went missing last week during a boating trip at Lake Piru in Southern California with her four-year-old son, Josey Hollis.

Her body was found yesterday and, shortly after the news was announced, there was a flood of tributes to Rivera, who was best known for playing high school cheerleader Santana Lopez on Glee.

Demi Lovato, who played Rivera’s on-screen girlfriend on the show, said she will ‘forever cherish’ starring alongside her.

The singer posted pictures of the pair on set together and said: ‘The character you played was groundbreaking for tons of closeted (at the time) queer girls like me, and your ambition and accomplishments were inspiring to Latina women all over the world.’

Lovato added: ‘My heart goes out to your loved ones at this time.’ 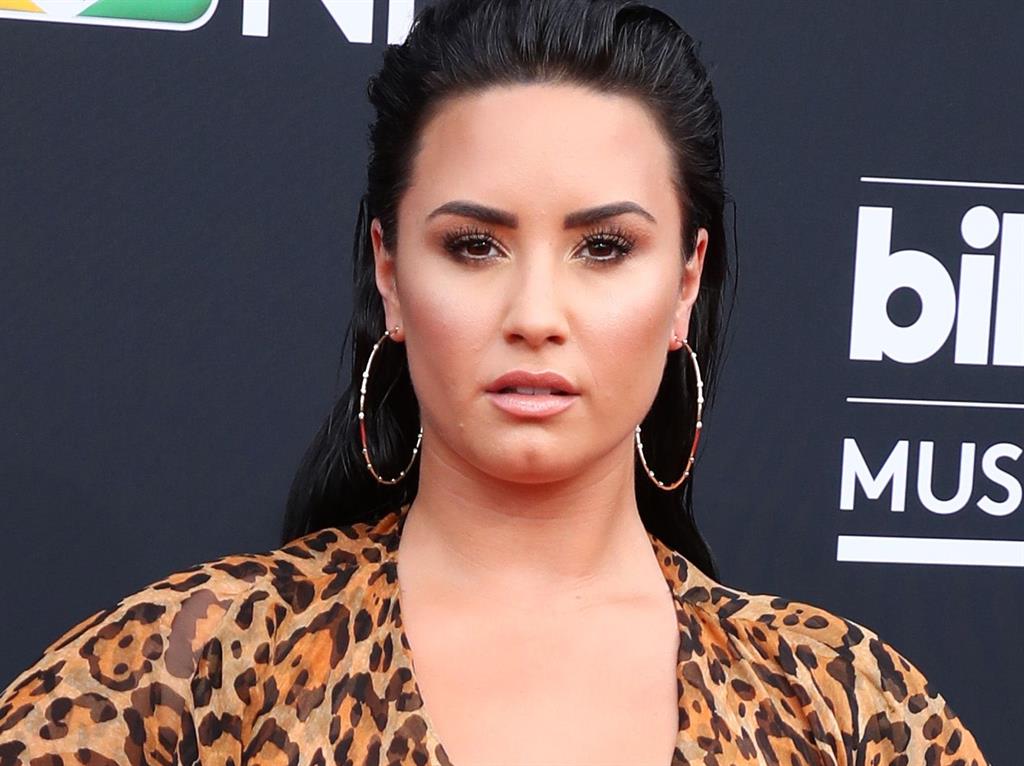 He tweeted: ‘She played by her own rules and was in a class of her own. She had a brashness about her that I couldn’t help but be enchanted by. I also always loved her voice, and savoured every chance I got to hear her sing. I think she had more talent than we would have ever been able to see.’

Criss added: ‘And even as I sit here, struggling to comprehend, gutted beyond description, the very thought of her cracks me up and still brings a smile to my face. That was Naya’s gift. And it’s a gift that will never go away.’

Jane Lynch, who played ruthless cheerleading coach Sue Sylvester, tweeted: ‘Rest sweet, Naya. What a force you were. Love and peace to your family.’

Chris Colfer, who played Kurt Hummel, shared a lengthy tribute on Instagram, celebrating his more than 10-year friendship with Rivera.

He wrote: ‘Her brilliance and humour were unmatched. Her beauty and talent were otherworldly. She spoke truth to power with poise and fearlessness. She could turn a bad day into a great day with a single remark.

‘She inspired and uplifted people without even trying. Being close to her was both a badge of honour and a suit of armour. Naya was truly one of a kind, and she always will be.’

Colfer added: ‘Sending all my love to her wonderful family and her beautiful son.’

Lea Michele played Rachel Berry and posted a black and white picture of Rivera to her Instagram Story, as well as an image of Glee cast members at a beach.

In a long tribute posted on Instagram, he described the actress as ‘ the most talented person I’ve ever known. There is nothing she couldn’t do and I’m furious we won’t get to see more’.

He said he was thankful that she had made him a better person, adding: ‘She taught me how to advocate for myself and to speak up for the things and people that were important to me, always’.

Nene Leakes had a recurring role in the show. She posted a series of pictures with Rivera and said she had been ‘praying for a miracle’.

Leakes wrote: ‘I wanted you to come home to your baby so bad. This hurts! I will hold the memories close to my heart and remember the good times, the laughs and the way we would cut up on set. Those were fun times! Please pray for Naya’s family.’

Her four-year-old son told police his mother helped him on to their rented boat before she disappeared beneath the surface.

There is no indication of foul play or that Rivera took her own life, Sheriff Bill Ayub said during a press conference.

Mr Ayub said currents that typically appear on the surface of the lake in the afternoon may have caused the unanchored boat to drift away from Rivera and her son, who was wearing a life jacket, while they were swimming.

Rivera, who was not wearing a life jacket, may have ‘mustered enough energy’ to put the child back on board but not enough to save herself, he added.

Figures from across the entertainment industry also paid tribute to Rivera.

She tweeted: ‘I had the pleasure of having dinner with her once after a recording session we did together and she was an absolute sweetheart. My heart goes out to her family and friends. I hope I’m lucky enough to meet you up in heaven.’

RuPaul’s Drag Race also remembered Rivera, who appeared as a guest judge on the series.

Alongside a picture of Rivera with RuPaul, Michelle Visage and other guests, they said: ‘Naya Rivera was truly a light and showed us all how to be unapologetically ourselves. We send our most heartfelt condolences to her family, friends, and fans in this difficult time. Rest in peace’.

The Wanted singer Max George tweeted: ‘Absolutely devastating news about Naya Rivera. Beautiful inside and out. You will be missed greatly. RIP Naya. Thoughts with all her friends and family at this awful time’.