OLIVIER NTCHAM’S dramatic injury-time winner against Lazio at the Stadio Olimpico sent Celtic into the last 32 of the Europa League.

The Hoops arrived in Rome at the summit of Group E after beating the Italians a fortnight ago but fell behind in the seventh minute when striker Ciro Immobile volleyed in a cross from Manuel Lazzari.

Neil Lennon’s side, though, hit back and winger James Forrest levelled in the 38th minute with a terrific finish.

And in the fifth minute of added time, Ntcham, on for Ryan Christie, finished a counter attack in some style to secure victory. It was Celtic’s first win in Italy in 13 attempts and sealed European football after Christmas. 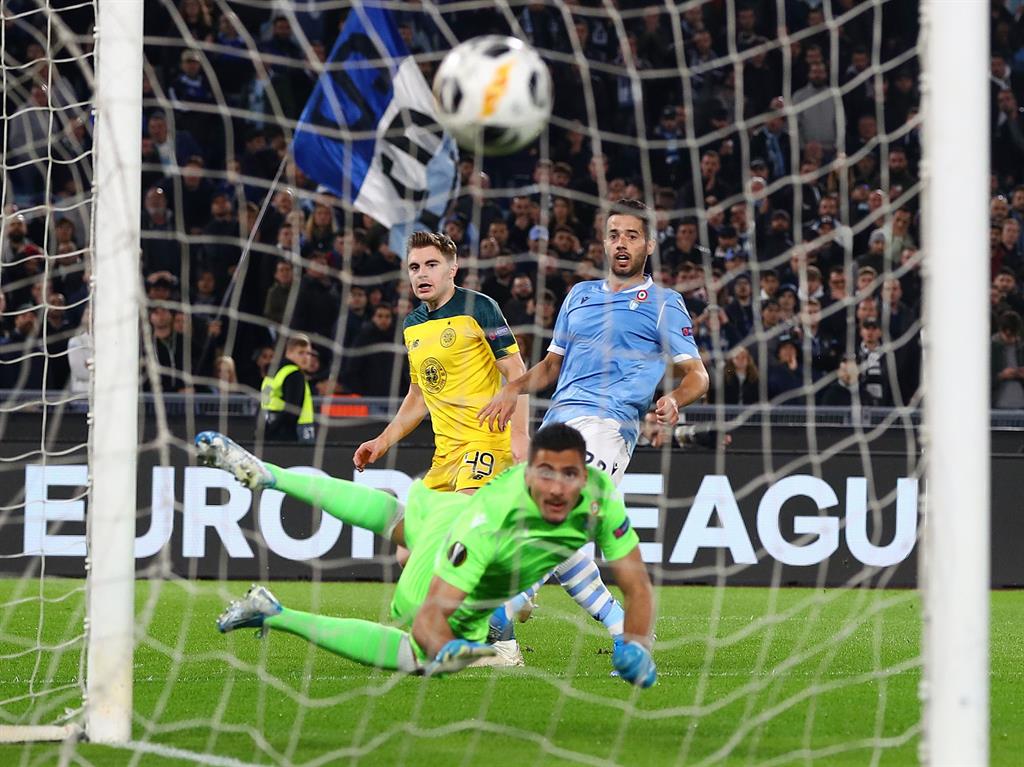 This was an encounter played against a background of controversy and acrimony. The Curva Nord section of the ground was closed after Lazio’s fans were found guilty of racist chanting in their 2-1 win over Rennes.

Lazio and Celtic were charged for fans’ ‘illicit chants’ in their meeting in Glasgow, with the Scottish champions also sanctioned for ‘illicit banners’.

Two of the 8,000 Celtic supporters who travelled to Rome were stabbed on Wednesday and security was tight in and around the stadium.

Jonny Hayes, Hatem Elhamed and Christie returned to the Celtic side, who were 1-0 down early doors.

When Lazzari curled in a cross from deep, the ball skipped off the head of Hoops defender Christopher Jullien and Immobile, totally unmarked, slotted past keeper Fraser Forster.

But Celtic weathered the storm and went in at the break level after a horror mistake by Francesco Acerbi, who let Mohamed Elyounoussi’s pass go under his foot and Forrest rifled home.

While the travelling fans celebrated, Forster saved a header from Sergej Milinkovic-Savic and Jullien cleared Felipe Caicedo’s effort off the line.

Play raged from end to end as Alberto’s corner hit the post before Edouard missed a great chance as he failed to hit the target when through on goal.

Forster saved from Valon Berisha and Alberto before Ntcham took a pass from Edouard and chipped keeper Thomas Strakosha for a fairytale win.