CAMPAIGNING footballer Marcus Rashford has backed desperate parents furious that their children were given £30 food parcels with unappetising and meagre rations worth just a fiver.

One mum shared an image of slices of bread, fruit, pasta and sweets that she calculated cost £5.22 and was meant to last ten days.

Others received half a tomato, slices of cheese wrapped in cling film or plastic dishes containing dollops of baked beans and tuna.

Child nutrition expert Dr Max Davie called the parcels ‘an insult to the dignity of people who rely on this support’. England star Rashford — awarded an MBE after forcing the government to provide meals to 1.5million vulnerable children in lockdown and school holidays — tweeted: ‘Children deserve better than this. We MUST do better. This is 2021.’

Ministers last night began an investigation into the private firms providing food packs to children who qualify for free school meals. It urged schools to use them after scrapping £30 vouchers following the first lockdown.

Schools reclaim costs later, with an extra £3.50 for using parcels.

Some MPs claimed vouchers were being misused. But now firms have been accused of profiteering.

Twitter user @RoadsideMum posted a photo of a miserly pack and wrote: ‘Issued instead of £30 vouchers. I could do more with £30 to be honest. The private company made good profit here.’

Mum Kerry Wilks, of North Yorkshire, said another firm got £11.50 for her ‘degrading’ parcel. She said: ‘It’s like they’ve scraped them off their shoe. It’s horrific.’ Teacher Zane Powles said he used the money to make up packs for kids at his school in Grimsby, adding: ‘What I bought was better than what we get from the company we use.’

Children’s minister Vicky Ford said she was alarmed at the pictures.

She tweeted: ‘We’ve increased funding for parcels and will support local vouchers. National voucher rolling out ASAP, working night and day on this. Hope kids are ok @RoadsideMum.’

She ordered one firm — Chartwells — in for emergency talks last night.

It said it was ‘very sorry the quantity has fallen short in this instance’, adding: ‘We worked hard to produce food hampers at incredibly short notice in challenging times.’

Chartwells is owned by Compass Group, whose boss Dominic Blakemore (below) was paid £4.7million last year. 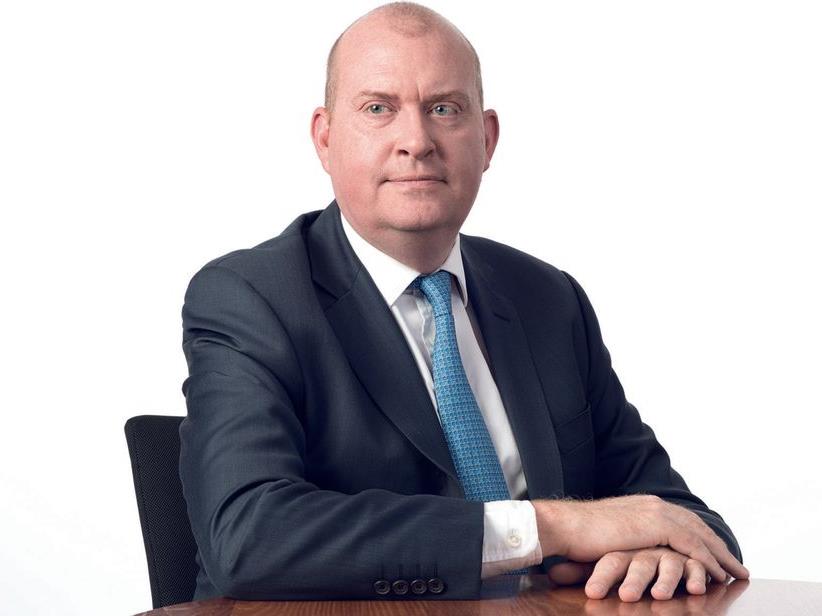 Outgoing chairman Paul Walsh gave £10,000 to the Conservatives, and its biggest shareholder is BlackRock investments, which pays ex-chancellor George Osborne £650,000 a year for working one day a week.

But food campaigner Jack Monroe called the parcels a ‘poverty picnic. I’m hearing from staff at the catering companies that this is standard’.

Metro worked out that £30 spent in a supermarket could buy an array of healthy food, including fruit and veg, fresh meat, eggs, bread, butter and milk plus chocolate biscuit treats.

The government has said it was ‘committed’ to a new voucher scheme.