ALEKSANDAR MITROVIC does not ‘obsess’ about goals despite being the Championship’s top scorer, revealing he has learnt from the mistakes he made when he first arrived in England five years ago.

The Fulham striker has bagged 23 goals, plus eight for Serbia, this season to boost the Cottagers’ bid to return to the top flight at the first attempt.

Mitrovic has proved crucial to the prospects of Scott Parker’s side — a long way from his first experience of English football, as a 20-year-old who signed for Newcastle for £14.5million from Anderlecht in 2015.

‘I was really young and it was of course tough,’ he tells Metro.

‘It was a big club and everybody expected me to come in and score goals and do everything they wanted me to do but I had to settle in. 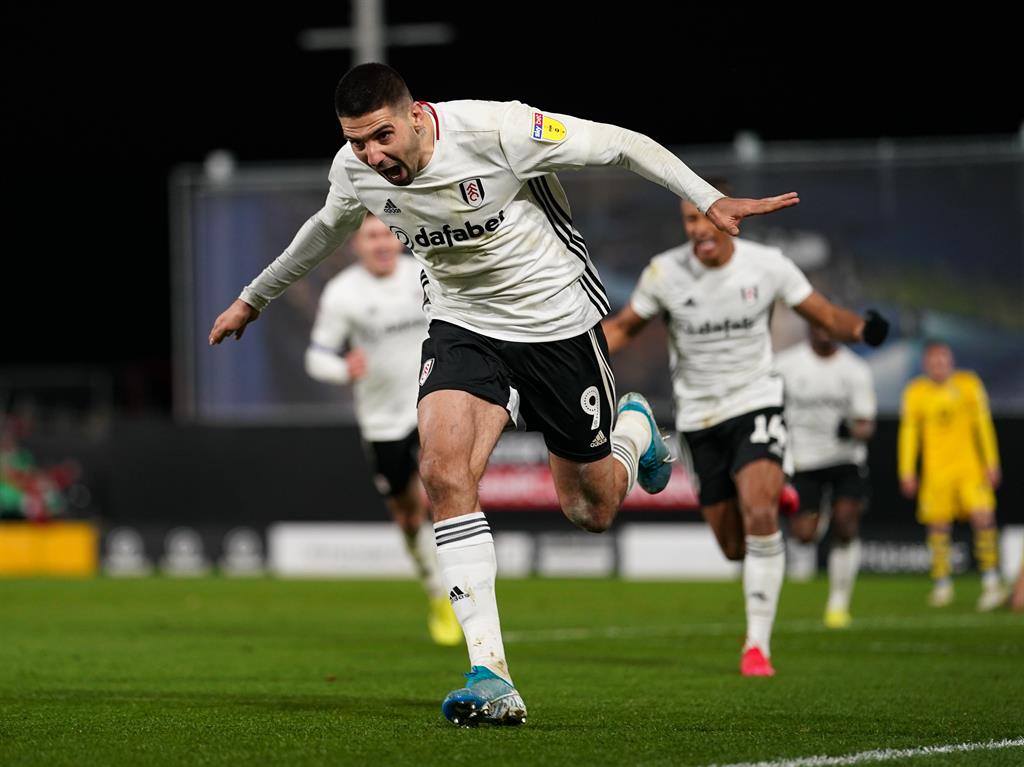 ‘I still think I had a good first season, nine goals in the Premier League, but unfortunately we got relegated. After five years, I’ve grown up as a footballer and as a man, as a person.’

Mitrovic cuts a happy figure at Craven Cottage, where he moved in January 2018, and insists he would not want to play in any other country. ‘Almost five years… it feels like home,’ he adds.

‘It is the best football country in the world. Everybody wants to be in England. Playing here is like the NBA is to basketball.’

A 23-goal haul would suit any forward but Mitrovic is determined to add to that tally as Fulham, who host local rivals Brentford tonight, look to close the six-point gap to second-place West Brom in the Championship.

‘As a striker, you always want more but I think I’ve had a good season, 31 goals so far (for club and country) and more games to play,’ Mitrovic said.

‘I’m hungry for goals — it’s my job. I’m happy but, of course, I think I could score some more. I try not to obsess over goals.’

The Cottagers’ campaign has been punctuated by occasional setbacks, such as last month’s 3-0 home defeat by rock-bottom Barnsley. Mitrovic, though, believes it is a sign of the strength of the division as a whole.

‘Just like you fight for promotion, they fight to stay up — they will not give you easy points. Yes, we’ve dropped points but so has everyone else,’ he points out. ‘There are so many games in the Championship, you get tired. You have good days, there can be a bad day.’

He may be happy in west London but it is clear Mitrovic will not be satisfied if Fulham do not achieve their goal of promotion. He adds: ‘Of course, this is our target. We signed good players to push for automatic promotion and we are almost there [the top two]. It’s going to be tough but we will do our best.

■ 46 — Goals the Serbia international has scored for Fulham in 93 appearances since signing from Newcastle, initially on loan, in 2018

■ 2 — Promotions Mitrovic has won from the Championship, with Newcastle in 2017 and Fulham the following year