A LITTLE over 22 years ago, a teenage midfielder called Scott Parker made his debut for Charlton.

That young man went on to captain his country and set a record of playing for five London clubs in the Premier League.

Tomorrow, Parker faces the first club he played for as manager of the last, Fulham, having made more than 500 appearances as a professional before retiring in 2017. 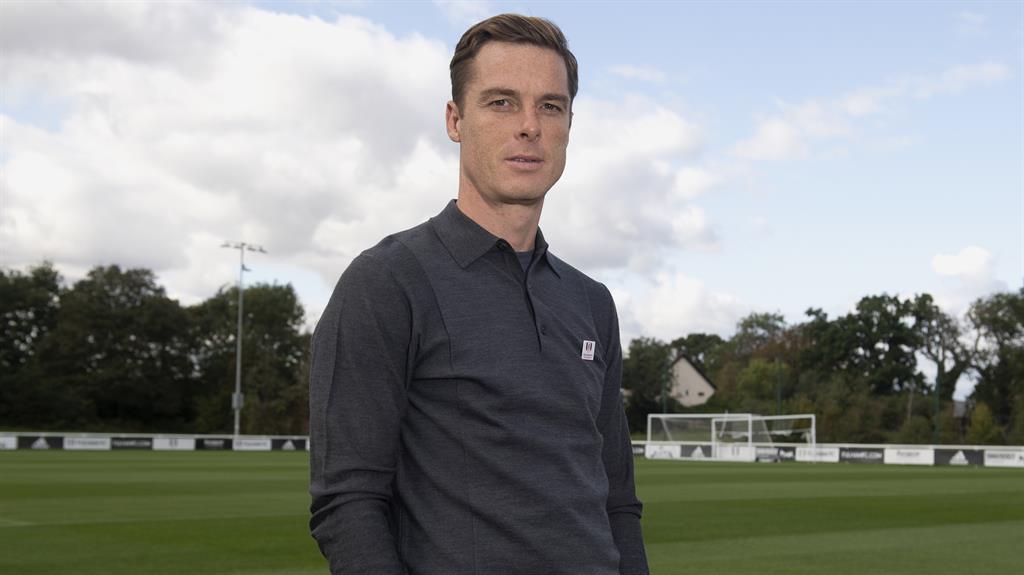 Now 38, he remembers those days at The Valley under the tutelage of Alan Curbishley with fondness.

Curbishley had a reputation for giving youngsters their chance — something Parker recalls ahead of his reunion with the Addicks, where Fulham will look to build on back-to-back wins over Wigan and Reading.

‘Three wins on the bounce would be massive and there’s something there from my past, growing up at Charlton, on a personal level,’ Parker told Metro this week.

‘Being there shaped me as a player — all you want as a young boy is an opportunity and I was in the best environment for that.’

In the opposite dugout will be another former Charlton trainee, Parker’s old Newcastle team-mate Lee Bowyer, in charge of a team confounding expectations by flying high in the Championship after promotion from League One, sitting just three places behind the Cottagers in eighth. 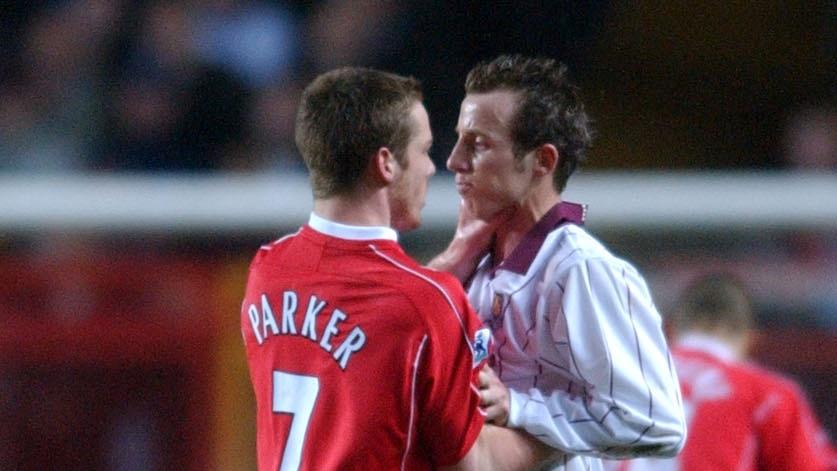 The pair remain close and Parker admires the job Bowyer is doing.

‘I really like Lee, I’m close with him and we were obviously at Newcastle together,’ he says.

‘He is a really, really good guy who I get on well with. We’ve exchanged texts and phone calls, he’s done an unbelievable job.’ 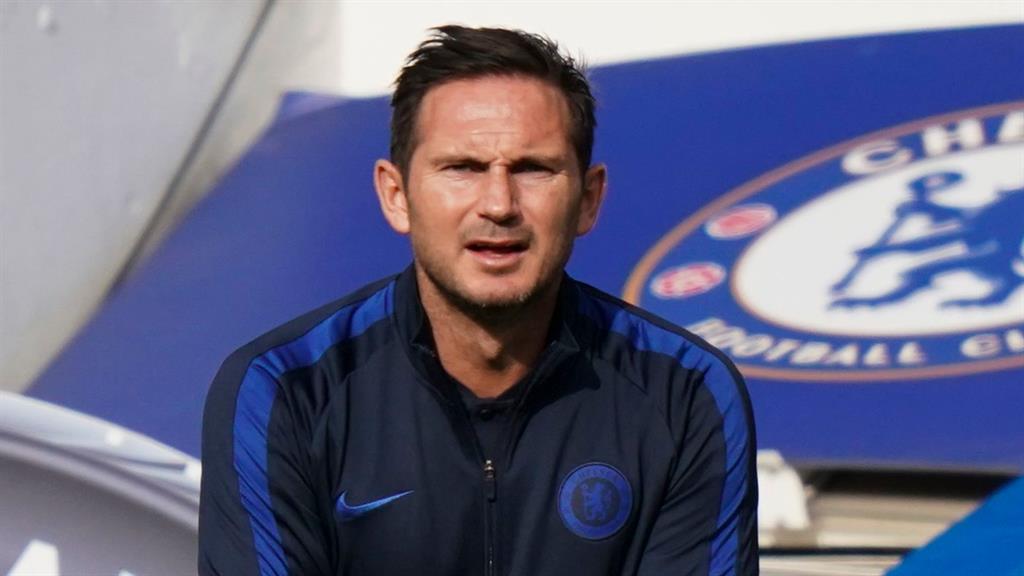 Parker says he saw managerial potential in the combative Bowyer during their playing days.

‘He was outspoken, he cares, cares about the game,’ he remembers with a smile. His own managerial career is taking off and Parker has begun to transform Fulham from Premier League whipping boys to contenders to return to the top flight.

Many in the game say they saw Parker becoming a boss and he claims he had no intention of taking the pundit route, having instead gone to Tottenham — another of his old clubs — as Under-18s coach.

The day after a 4-1 victory at the Madejski Stadium is the perfect time to meet Parker the manager. The leadership gene was always there in his make-up, he says.

But why have the likes of Parker and his peers in England’s midfield, Rangers boss Steven Gerrard and Chelsea’s Frank Lampard, turned to management rather than the comfort of the TV studio?

‘There’s not one thing I can put my finger on,’ says Parker. ‘Our generation was known as a very, very good one which had a lot of success under a lot of top managers and I’m sure Stevie and Frank are similar and want to give it a go like I do. Whatever playing career you have holds you in some stead but coaching is totally different — you’re a teacher.’

Parker has not had much time yet to swap tips with the likes of Gerrard or Lampard, another former club-mate. ‘I’m in contact with them but it’s more general good-luck messages and things,’ he says. ‘I speak to Lee [Bowyer] and Frank in particular about how different it [management] is, how many hours we put in.’

He may still be making his way as a young manager but it is becoming clear what the responsibility of Fulham means to Parker, who played at Craven Cottage from 2013-17.

‘I love every minute. The highs and lows are a lot, lot different than as a player. The lows are ten times worse and last a lot longer than the highs. As a manager, it’s all on you — which I love,’ he insists.

Parker inherited a team torn apart by a torrid campaign when he took over in February. Slavisa Jokanovic, the man who brought him back to the club as first-team coach, and Claudio Ranieri had been and gone in a campaign which saw the club spiralling towards relegation.

While Parker could not keep them up, winning just three games, he did begin to plan for this term after the previous summer’s disastrous £100million spending spree.

‘When I took over it was a tough place to be,’ he adds. ‘We were bottom of the league, losing most weekends — the whole club was down. Stability was key, and seeing things clearly.

‘I feel we’re on the right track now and the players are hearing the message. Every player at this club understands how we want to play and what is expected of them.’

Perhaps aware of the perils of boom and bust in football, and with last season’s nightmare campaign in mind, Parker wants to create a winning culture, rather than a one-off glory season

‘A quick fix — winning promotion and not sustaining it — is that success in my eyes? No, I want to try to build a team here that has sustained success,’ he explains.

There is another factor in play. In the top flight, Fulham were strugglers. In the Championship they are highly fancied.

Parker reveals: ‘I think there’s a bit of edginess about everyone. This team’s gone from being relegated, losing most weeks, to being favourites and having to win every week, in the space of three months. It’s a big contrast.’

After last month’s 1-1 draw with fellow high-flyers West Brom, a match Parker feels his men should have won, the boss was unhappy his players deviated from his preferred passing style of football.

He wants Cottagers fans to be able to recognise the ‘Fulham way’ and that means playing nice, possession-based football, not going direct.

‘Look at any great team and they have a clear way of playing,’ says Parker. ‘I want people to be clear about what that is for Fulham. We’ve worked hard to give this side a real identity. Last year was a tough, a lot of transition, a lot of change, different managers, different styles.

‘Against West Brom we were less brave but I put that down to desperation to win.’

Parker is realistic about the expectations on his team. After signing Anthony Knockaert, Ivan Cavaleiro and Bobby Reid on loan, in addition to the likes of top scorer Aleksandar Mitrovic, it would be a major disappointment if they do not make the top six.

But Parker is adamant. ‘I don’t think anyone will put any more pressure on than I do myself,’ he claims. ‘We have a very, very good squad and I expect us to be right up there. I don’t need an owner, the fans or outside sources to tell me that.’

On the training pitch he is very hands-on. Parker knows as well as anyone he can have trouble finding the off switch.

‘That’s been the hardest thing,’ he continues. ‘Lose a game and you’re down for three or four days. Win and after a few hours you’re thinking about the next one. You have to graft.’ Alan Curbishley will be proud.

■ Fulham will play in their Foundation’s logo when they host Charlton tomorrow in support of the third annual Fulham FC Foundation Matchday, a dedicated fixture to increase awareness of the Foundation’s impact in the community, as well as to raise funds. The Foundation has teamed up with Match Worn Shirt to auction the match-worn shirts from the fixture. Visit matchwornshirt.com from 12.30pm tomorrow