ALAN KING intends to run all three of his Cesarewitch Stakes entries, with Who Dares Wins set to head the weights for the prestigious handicap at Newmarket on Saturday.

The versatile seven-year-old arguably produced a career-best effort last weekend in France when fourth in the Group One Prix du Cadran.

With a novice chase campaign in the offing, King has been tempted into one more run on the Flat, should all go well for the rest of the week.

He will be joined by useful stable companions Rainbow Dreamer and Coeur De Lion. ‘As long as I’m happy with him, Who Dares Wins will run on Saturday,’ said the trainer, who won the race in 2015 with Grumeti.

‘It was a very good run in France, I was pleased, and they’ve put him up another 5lb so technically he’s well-in.’

Who Dares Wins won the Northumberland Plate in June narrowly from Dubawi Fifty, but the latter has been unplaced twice since then.

However, his trainer Karen McLintock believes he has valid excuses for Goodwood and York, and is hoping for a better run. ‘When Frankie (Dettori) came back in after York he said it was a stupid race and he didn’t get a good enough early position,’ said McLintock.

‘We know he’s good enough given his Plate form and he’s been dropped a few pounds. Good to soft ground would be ideal for him. We’ve booked Adam Kirby, so we’re hoping for a good run — he’s in good form at home.’

■ NIGEL TWISTON-DAVIES plans to give Bristol De Mai an outing in the Charlie Hall Chase at Wetherby ahead of attempting to claim a third successive victory in the Betfair Chase at Haydock. The trainer said: ‘He has been well over the summer and is showing as much enthusiasm as ever. Everything is all good with him.’

■ TECHNICIAN could head back to ParisLongchamp for the Prix Royal-Oak on October 27 after his victory there on Saturday. The Martyn Meade-trained colt bounced back from defeat in the St Leger to land the Prix Chaudenay on his favoured soft ground. 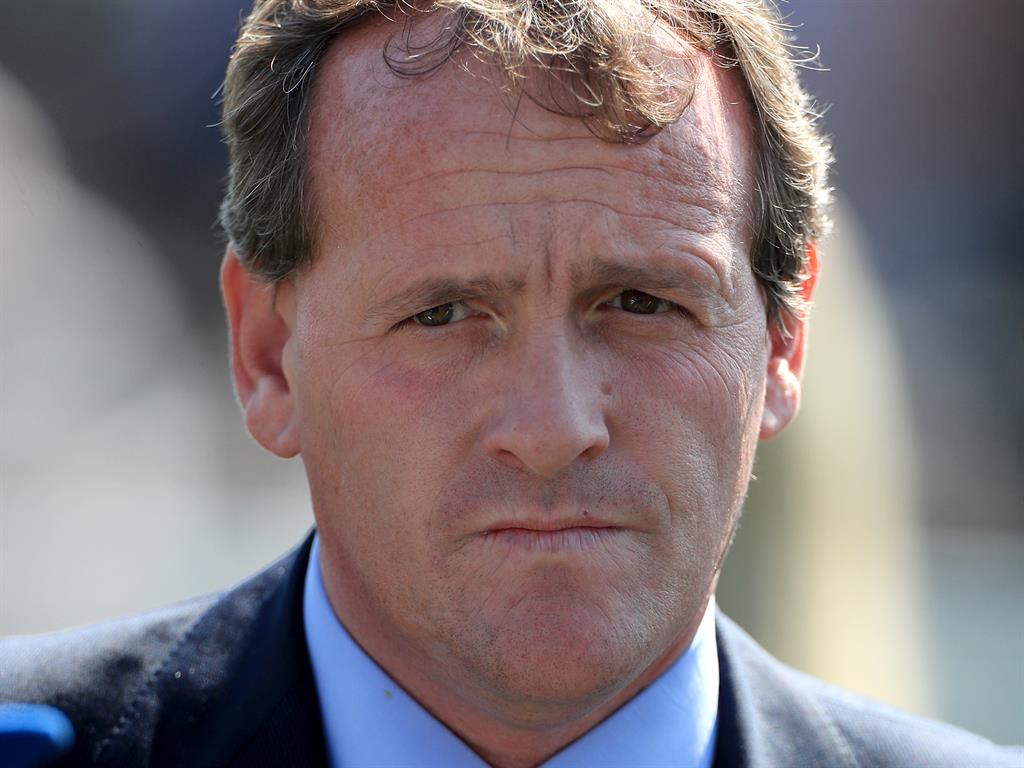 ■ RICHARD HANNON is confident Mums Tipple can leave his below-par effort in the Middle Park Stakes behind him and continue his progression next season. ‘We will get him ready now for next year and try to achieve what we think he is capable of,’ said the trainer (above). ‘That defeat will have made a man of him.’

■ 5/2 — Tim Easterby’s unbeaten colt Lampang to win the Coral.co.uk Rockingham Stakes, a Listed race at York on Saturday, after strong support this week