STRADIVARIUS is ‘ready to go’ as he aims to complete a second unbeaten season in the Qipco British Champions Long Distance Cup at Ascot next weekend.

John Gosden’s star stayer has been out on his own this season, never looking like being beaten at any stage. He heads to Champions Day on a ten-race winning streak and owner Bjorn Nielsen is already looking forward to next term.

‘John tells me Stradivarius is full of himself and ready to go. I’ve noticed they have changed the time of his race from the first to the third — they don’t want people to be having their lunch when he runs!’ said Nielsen.

‘Coming into this season, John told me the horse had improved a lot strength-wise from four to five, much more so than he did between three and four. That’s been borne out as he’s won his races fairly handily.’

All of Stradivarius’ victories in this campaign have been part of the Champions Series programme and victory on Saturday week would see him become the first to win six such races in a season.

‘I read somewhere that he and Frankel are the only horses to have won five Champions Series races in a year, which he’s done twice now. If he achieves the sixth on Saturday week he will be the only horse to have done it — and will also be tied with Frankel for second place. That would be some feat,’ Nielsen added.

‘He’s been well managed by a great trainer and will stay in training as long as he stays enthusiastic and sound. His target will be the Gold Cup.’ 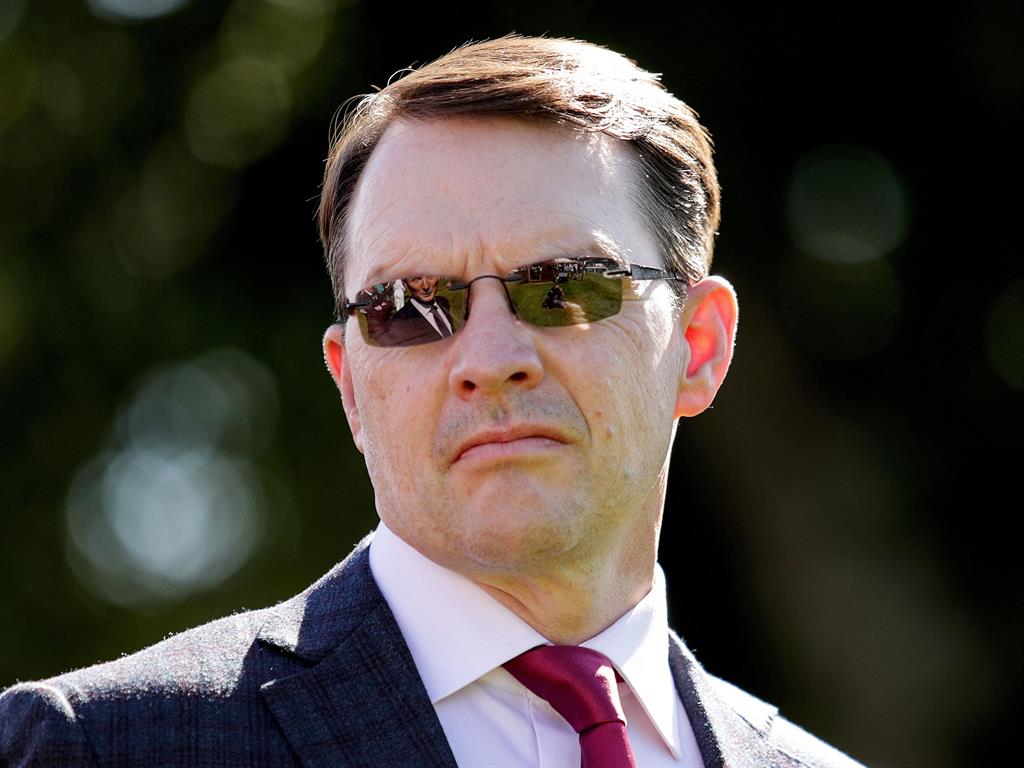 ■ AIDAN O’BRIEN is responsible for 21 of the 34 remaining entries in the Vertem Futurity Trophy at Doncaster on October 26. O’Brien (above), who has won the final Group One of the season in Britain nine times, would draw level with Sir Henry Cecil as the most successful trainer in the history of the race, should he claim the prize once again. Among O’Brien’s range of options this year are Coventry Stakes winner Arizona, Beresford Stakes hero Innisfree and surprise Royal Lodge victor Royal Dornoch.

■ TODAY’S meeting at Ayr has been called off because the track is not raceable due to the recent spell of wet weather.

■ LOCKINGE winner Mustashry heads a field of five tomorrow in the Godolphin Stud & Stable Staff Awards Challenge Stakes at Newmarket. Sir Michael Stoute is dropping his six-year-old down in trip for the Group Two after he was last seen finishing fifth behind Enable in the Eclipse.

■ 9/2 — Buildmeupbuttercup, trained by Willie Mullins, to win the Cesarewitch on Saturday. Frankie Dettori will ride the red-hot favourite at Newmarket

■ 9 — Runners declared for the Group One Fillies’ Mile at Newmarket tomorrow, with Quadrilateral and Cayenne Pepper putting their unbeaten records on the line