FOUR-TIMES champion jockey Richard Johnson will make his comeback today, barely a month after breaking his arm and intent on not giving up his title without ‘a good go’.

Johnson has been out of action since suffering a fall at Exeter on January 21, but has been given the green light to return with two rides at Musselburgh for trainer Olly Murphy.

The 42-year-old trailed title rival Brian Hughes by three winners at the time of his injury but is now 20 adrift after the Irishman rode his 131st winner of the season yesterday.

Johnson told the Racing Post: ‘I’ve got a lot of ground to make up but there’s a small chance and the weather’s definitely been in my favour. Brian hasn’t had the chance to ride as many as he’d like.

‘It’s going to be hard work but we’ll definitely give it a good go. If I were to lose it this year I think, if anything, it would make me even more keen to try and put the record straight. You’ll definitely see me next year regardless!’

Murphy hopes he can give Johnson a kickstart in his quest to get back into the title race. He said: ‘I hope we can give Dicky a winner. I think he’s right not to give up on the title. It’s no different to a football team being top of the league — if the team in second starts closing, the leaders can wobble.

‘It will be interesting to see how it plays out. We’ll definitely be giving Dicky our full backing between now and April 28.’ 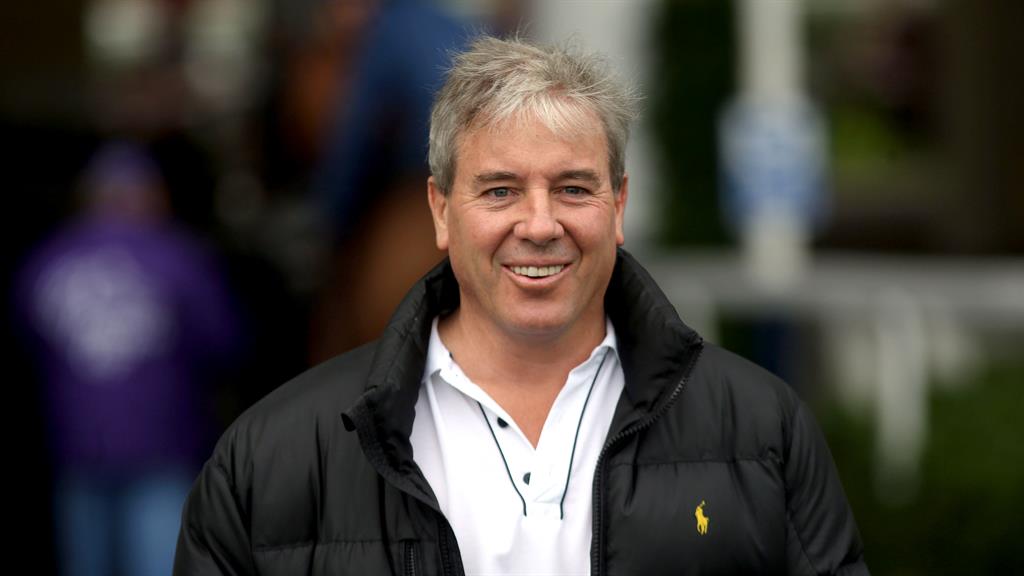 ■ WESLEY WARD reports Breeders’ Cup hero Four Wheel Drive to be firing on all cylinders ahead of a possible Royal Ascot appearance. ‘All the indications are that he’ll run a corker at Keeneland (on April 2) and that (Royal Ascot) would be my hope,’ said the American trainer (above), who is no stranger to the summer showpiece meeting, having saddled ten winners.

■ A TILT at the Aintree Hurdle is next on the agenda for Song For Someone following his success in the Grade Two Kingwell Hurdle at Kempton last Saturday that provided trainer Tom Symonds with the biggest win of his fledgling training career.

■ TODAY’S meeting at Taunton must pass a 7.30am precautionary inspection. The ground is already heavy following persistent heavy rain. The course was raceable at the time of going to press.

■ 89 — Remaining contenders for the Grand National on April 4 with 16 taken out yesterday, including Delta Work, a strong fancy for the Gold Cup next month