ACTOR Patrick Gibson is certainly not a man to shirk a challenge. For his first role in theatre, the 24-year-old has chosen to appear in one of the most hard-hitting new plays of recent times: Sweat, a Pulitzer Prize-winning work by Lynn Nottage. After performing in it at the relatively tiny Donmar Warehouse, he’s transferred with the production to the West End.

‘Now I’ve really screwed myself!’ Patrick laughs. But the young star, best known for his lead role in Netflix series The OA, couldn’t have picked a better work in which to make his stage debut. When the show opened last December, the reviews were nothing less than ecstatic — and deservedly so.

Capturing the white working-class anger that has swept America in recent years, Sweat tells the story of a group of downtrodden steel workers in the dying industrial town of Reading, Pennsylvania. Patrick plays Jason, one of the younger workers, whose attitude turns increasingly toxic as his livelihood is threatened. As dramas go, it feels upsettingly real. ‘When I got the script, I was immediately taken by how conversational the writing sounded — I could hear each person’s voice in my head,’ Patrick says.

Jason’s actions are morally repugnant and it’s been a rollercoaster ride to fully inhabit the gruelling personality: ‘It is a difficult thing to step into someone like that and it took me quite a long time to allow myself to really “go there”,’ he says.

But, at the same time, Patrick says he gets a particular satisfaction from playing men who might be considered bad guys: ‘I read those kind of characters and I instantly go, “Why are they like that?”’

Another feat he pulls off is putting on a convincing US accent: ‘I think the Irish accent is quite similar in some ways.’

Growing up in Dublin, Patrick started performing from a young age, inspired by his actor dad Richard.

‘It was definitely never something that was pushed on me, but just being around the theatre as a kid, there was definitely a certain magic,’ he says.

After making an impression in the Irish film, What Richard Did, he went to Trinity College Dublin to study philosophy — but packed in his degree in 2016 after winning the part of hotheaded teenage bully Steve in The OA.

For the uninitiated, the cult sci-fi series, which returned for a second run in March, is up there with Twin Peaks as one of the most gloriously bonkers shows ever to grace the small screen. Beginning with a woman returning to her hometown after mysteriously disappearing, it’s baffled the cast as much as the viewers.

The show is also famed for The Movements — an interpretative dance performed by the characters, which provides access to a parallel universe.

Patrick is often asked by fans to recreate it. ‘It will take me at least five pints before I can be convinced,’ he laughs. ‘I’m not too up for opening a portal to another dimension!’

But he may find himself in the alternative reality of Hollywood, having gained recognition on the big screen in the likes of young adult drama The Darkest Minds and literary biopic Tolkien. After Sweat, he’s due to start work on an ‘exciting’ film project — about which he can’t reveal any details because, he says, ‘I’ll get murdered.’ 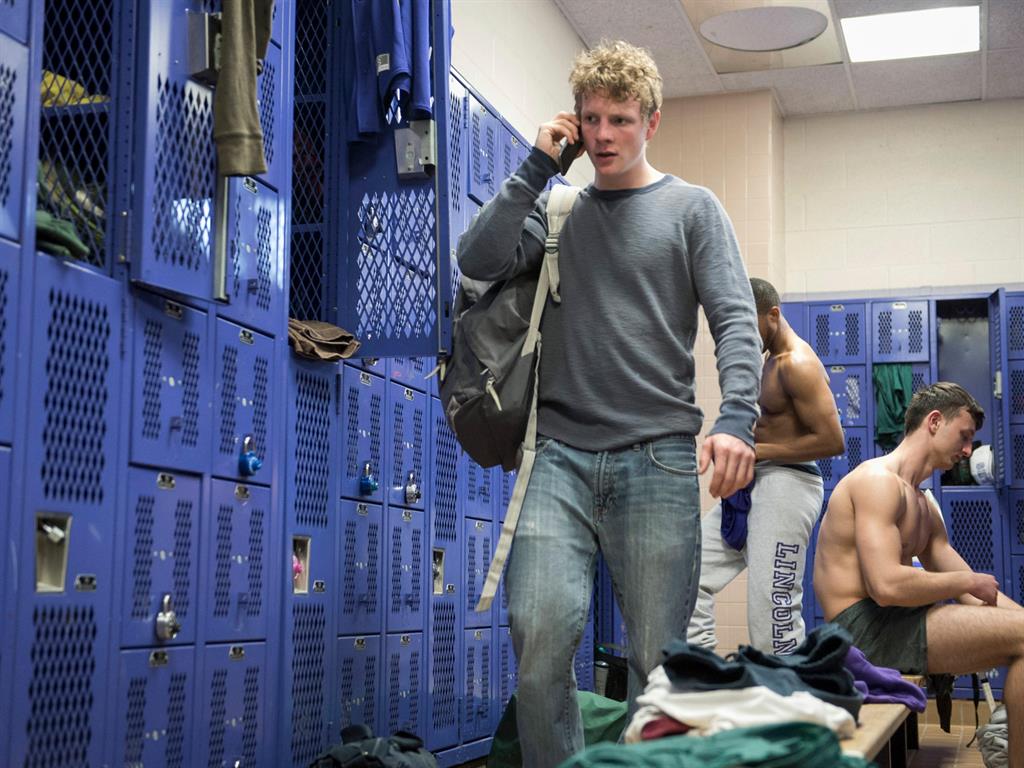 Living in east London, he hasn’t ruled out a move to LA with his girlfriend — model and influencer Joanna Kuchta.

‘I could do with a bit of a tan — and [Joanna’s] going because she’s working on a clothing brand and it’s a good place for that.’

But, for all the allure of Tinseltown, Patrick’s keen to keep challenging himself on stage. Can we expect his Hamlet sometime soon?

‘Oh my God, that might be pushing it,’ he laughs. ‘But definitely, that would be an immense challenge. That would be amazing.’

■ Sweat is playing at the Gielgud Theatre until July 20, sweattheplay.com