THERESA MAY embraced EU powerbrokers last night after dashing to Brussels to break the Brexit stalemate.

Downing Street said Mrs May wanted to improve relations at a dinner following weeks of bickering.

In a joint statement last night, both sides agreed ‘efforts should accelerate’ to strike an acceptable Brexit deal. They added talks took place in a ‘constructive and friendly atmosphere’.

Mrs May was striving to make progress after Mr Barnier had warned of a ‘disturbing deadlock’ in talks. 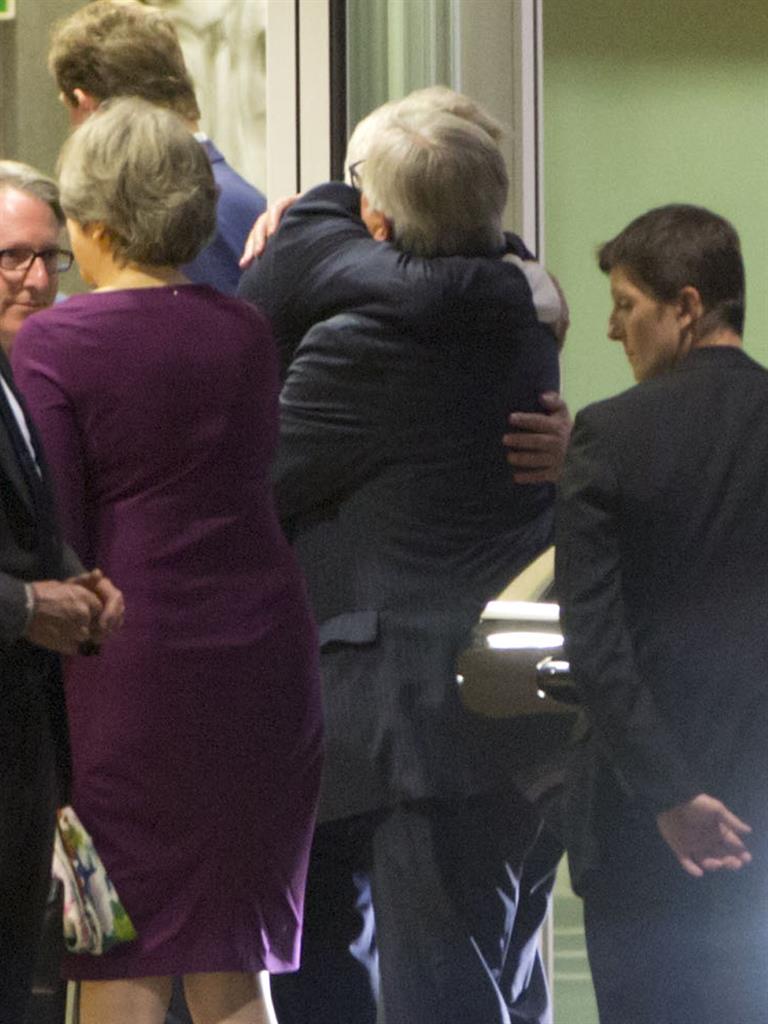 Her trip, announced on Sunday, had been in the diary for weeks and was not a panic measure, said No.10.

Obstacles include the size of Britain’s exit bill, the rights of EU citizens in the UK, and the status of the Irish border. Mr Barnier says he will not authorise talks on a post-Brexit trade deal until those issues are resolved. Downing Street said Mrs May spoke with French president Emmanuel Macron and Irish leader Leo Varadkar yesterday to ‘discuss progress’ ahead of a summit of EU leaders on Friday, in which the UK will not take part.

Foreign secretary Boris Johnson has urged the EU to ‘get on’ with negotiations, but europhile ex-cabinet minister Ken Clarke warned leaving without a deal would be ‘a catastrophe’.

Lobbying group TheCityUK has warned firms could move jobs in 2018 if a transitional deal is not struck.