MY heart feels like it’s about to burst through my ribcage, sweat is pouring and it’s hard to breathe. It’s well over 100C and although I’m desperate to leave, I’m determined not to be the first to wimp out. I tune into the low, female voice in the room. ‘Keep breathing. Imagine you’re in the ocean — waves splashing over you. Reach inside — look for your inner strength.’

What might sound like torture is in fact a Danish spa treatment. I’m in Kurhotel Skodsborg — a revamped coastal spa-hotel 30 minutes northeast of Copenhagen — to try out its SaunaGus experience. The extreme sauna aims to test your mettle by keeping you in a stifling hot cabin for as long as you can stand. As well as shedding toxins, you can also burn around 400 calories per session. It’s certainly more hot than hygge.

Tina Andersen is our Gus Master — a tattooed and toned Scandi who barely breaks a sweat who talks us through the process. Her monotonous words have a strangely hypnotic effect. She works the sauna oven, adding water and aromatherapy oil, so the room gets suffocatingly hot.

Then, like a whirling dervish, she whips the air with a towel causing a rush of heat to rise up, leaving us gulping for air. What perfumed hell is this? Finally, after two sessions of what seemed like an interminable length (but turn out to be just 15 minutes), Tina leads us outside. Our second challenge is a breezy walk along the jetty and into the Baltic. It’s fr-fr-freezing, yet head-thumpingly exhilarating. After a third and final warm-up back in the sauna — which now feels positively balmy — we are set free. 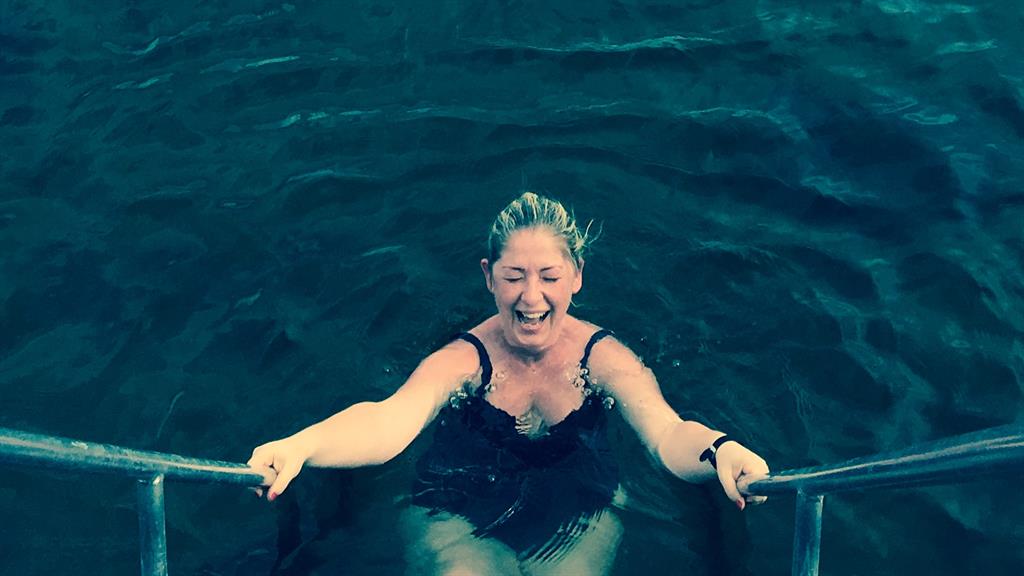 Dating back 115 years, Kurhotel Skodsborg was one of Denmark’s original destination spas and became a hotspot for wealthy Danes attracted to its principles for a healthy life: light, air, water, nutrition, exercise and rest. After falling out of fashion in the 1960s, the hotel fell into disrepair. It was eventually converted into a bland conference hotel. When Mai Kappenberger took over as chief executive in 2012, she realised these principles tapped into a modern vibe. She’s been busy revamping the hotel and reviving the wellbeing ethos.

Rooms are minimalist and light-filled. The white-on-white scheme is warmed by thick grey carpets and down duvets. The lobby, which is more like a series of living rooms, has a library and cosy nooks with velvet sofas and squidgy pouffes. It’s the perfect setting for the hotel’s literary evenings with Nordic noir writers.

The spa is central. With its modernist feel, it houses 16 cooling and warming experiences (such as salt grotto, hydro spa and infra-red heat beds). Therapies include a facial (£141), which activates skin cells to produce collagen.

There’s fine dining in The Restaurant by Kroun (five courses for £80), but best of all is the breakfast: ginger shots, beetroot juice and ‘paleo’ bread (non-gluten with a variety of seeds) piled with avocado.

You can book clean-eating cookery classes run by Michelin-starred chef Thomas Rode. Or take a bike ride through the forest. You’ll find enough to take your breath away without or without the 100 degrees heat.

Norwegian airlines have return flights from London Gatwick to Copenhagen from £125 during August, norwegian.com