THEY might be a delicacy of French cuisine, but it turns out frogs’ legs are valued highly in the US too.

An endangered frog underwent surgery after it suffered a broken back limb — and had an inch-long metal pin inserted to help the bone heal.

The rare red-legged amphibian was spotted limping by a biologist and an X-ray revealed the injury. 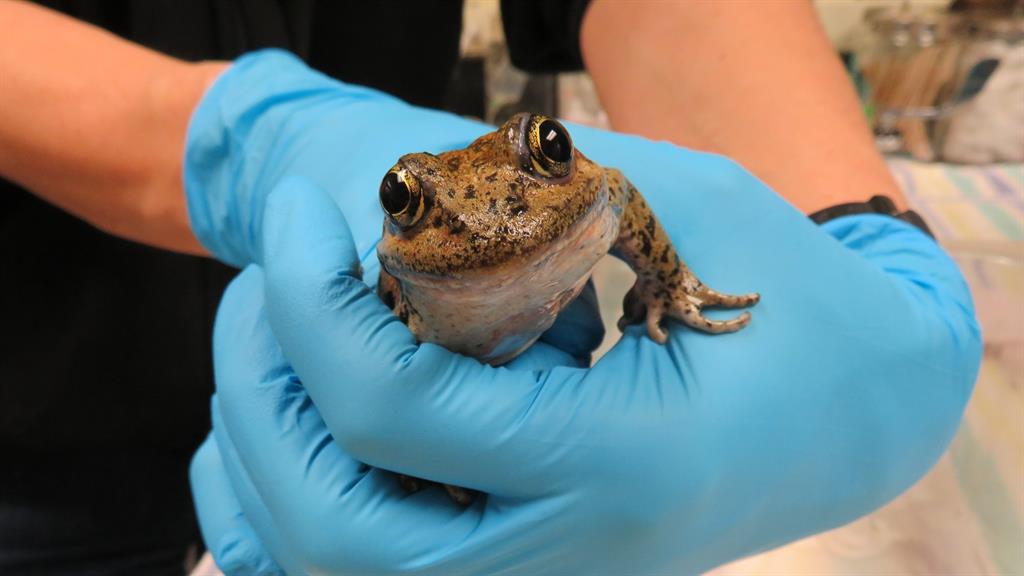 A vet at the Peninsula Humane Society & SPCA centre in San Mateo, California, performed the op and the animal was returned to the wild after months of recovery.

Red-legged frogs, which can live for up to ten years, are so threatened that California passed a law in 2015 declaring them its ‘state amphibian’.

Patrick Hogan, manager of the centre, said: ‘We are very happy the surgery was successful and we were able to return this frog to his native wild lands.’