A TEENAGE daredevil who free-climbed The Shard yesterday has spoken of his ‘godlike feeling’ after scaling the 1,016ft London landmark.

George King, 19, from Oxford, said: ‘Euphoria is an understatement. It’s a godlike feeling, when your endorphins and dopamine are all firing at once. It’s indescribable.’

But he said his climb was far from a spur-of-the-moment stunt — as he spent three months staking out the building.

‘I spent months looking at sensors, looking at cameras, timing security,’ he told MailOnline. ‘For three months it was every other day and I’d change my disguises regularly.

Mr King, who first decided to climb the skyscraper when he was 13 and on a school trip, took advantage of ‘least active’ security to make his ascent at 5am yesterday. 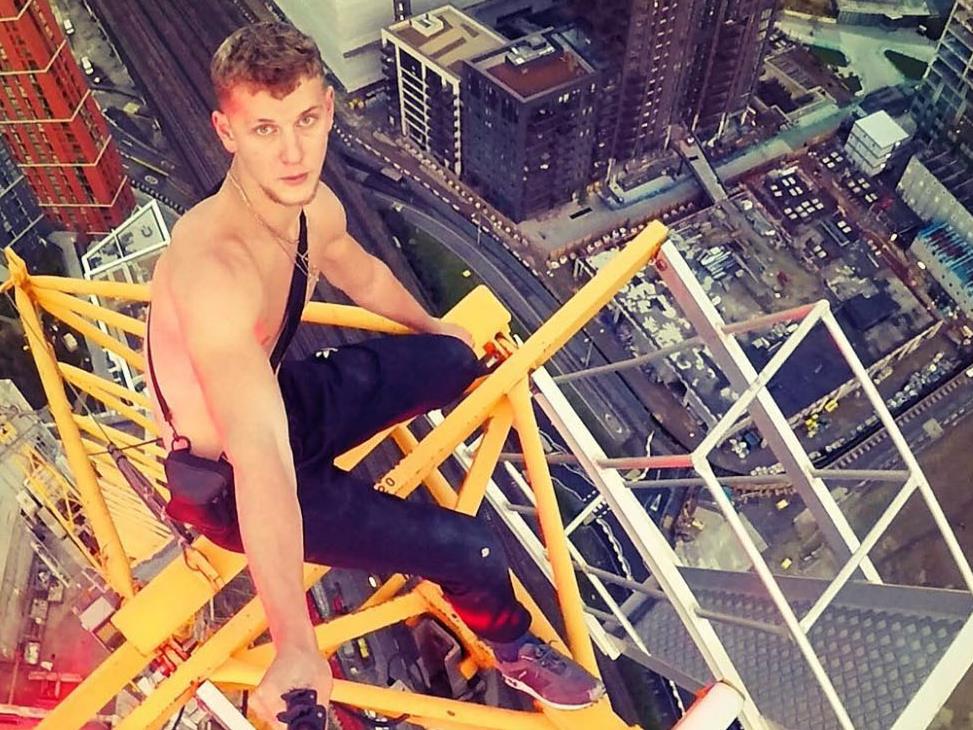 He took just 45 minutes to scale the UK’s tallest building without a harness or ropes, prompting police to race there — and a security review by The Shard’s Qatari owners. He is now planning another UK climb.

Mr King, who was not arrested, was unrepentant after being ushered in by police on the 95th floor at the top.

On Instagram, he wrote: ‘I’ve been called a daredevil, an adrenaline junkie, a reckless teenager and much more.

‘It takes years of training and careful preparation to be where I am today, and this practice is achievable only because I see myself as someone who has followed a respectable passion, albeit an unusual one.’