FRANK LAMPARD believes Chelsea can challenge at the top of the Premier League this season, but only if they keep up the work-rate and togetherness they are showing.

The Blues made it four consecutive wins in all competitions with a 4-1 victory at St Mary’s yesterday after goals from Tammy Abraham, Mason Mount, N’Golo Kante and Michy Batshuayi.

Chelsea have 14 points and are two off second-placed Manchester City — after the champions’ shock home defeat to Wolves — but trail Liverpool by ten after eight fixtures.

Boss Lampard (below) said: ‘We are a few points short of where we should be, based on our performances and that is not bad luck, just me being self-critical because there are games where we should have gained more points. I am happy we are in and around the (top) group. Liverpool are out on their own at the minute but at this early stage we are in a nice position.

‘This should give us determination to go away (for international duty) and come back in the same vein because the minute you relax in this league, it can all change very quickly. 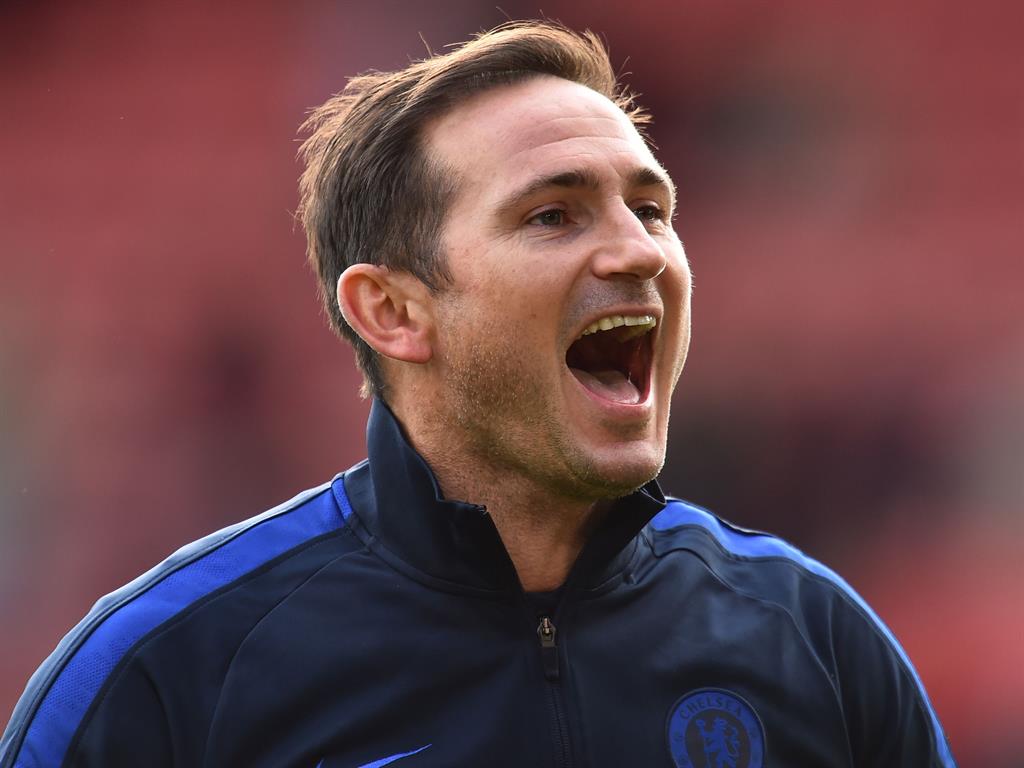 ‘The reason we are playing well is because of how hard we are working and how together we are. If we can keep that going, we will be challenging right up there I hope.’ Abraham opened the scoring with a lob over Angus Gunn after racing on to Callum Hudson-Odoi’s 17th-minute through-ball. Portsmouth-born Mount doubled their advantage seven minutes later, curling home before cupping his ears to Saints fans.

Danny Ings pulled one back after being set up by Yan Valery but Kante’s deflected effort put the Londoners 3-1 up at half-time. Substitute Batshuayi drilled through Gunn’s legs with a minute left, from Christian Pulisic’s pass, to wrap up the scoring.

Away fans chanted a song about Lampard which referred to West Ham as ‘pikeys’ and he addressed the issue.

‘I watched a game on TV (on Saturday) where I heard similar stuff from other clubs and none of us want it,’ the Blues manager added. ‘We all need to look at it. It is a wider problem than just Chelsea.’