FRANCE could be the next nation to be placed on the UK’s quarantine list amid growing concerns over a second wave of Covid-19 there.

As Paris makes mask-wearing mandatory outdoors in its busiest spots from this morning, the possibility of holidaymakers having to self-isolate for a fortnight when they cross back over the Channel looms large.

France’s neighbours Belgium and Andorra were the latest to be listed for quarantine by Downing Street, along with the Bahamas.

And when asked his advice for the thousands of holidaymakers who are already in France, or due to go there, chancellor Rishi Sunak admitted it is a ‘tricky situation’.

‘What I can say to people is we’re in the midst of a global pandemic and that means there is always the risk of disruption to travel plans and people need to bear that in mind,’ he told Sky News. ‘And if we need to take action we will of course not hesitate to do that and we’re doing that to protect people’s health.’

From 8am, anyone aged 11 or over walking the banks of the River Seine or visiting Parisian tourist hotspots such as Montmartre must cover up or face forking out a fine of £122. The measures will be in place for a month initially, officials said.

The move comes as the rate of positive tests in the greater Paris area has grown to 2.3 per cent, compared with the national average of 1.6 per cent, with a spike in cases among 20- to 30-year-olds ‘particularly high’. 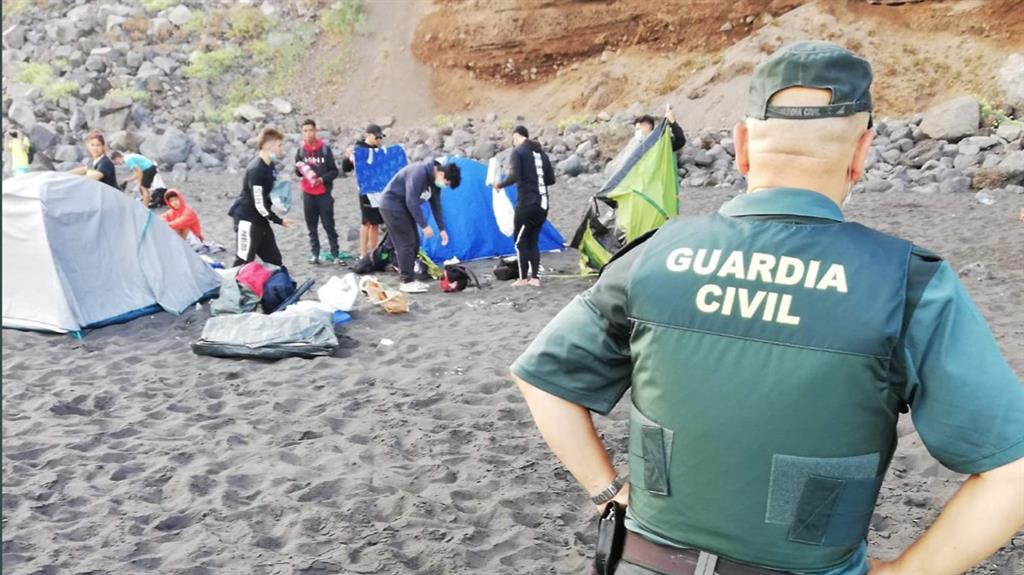 POLICE have broken up a ‘coronavirus party’ on a closed Tenerife beach that was ‘designed to help the spread of Covid-19’. Officers found out about the gathering at Playa de los Patos, a well-known nudist beach currently shut over landslide fears, on social media. Some 62 campers were sent on their way, with the organisers being questioned by police over the weekend. It is not known whether anyone from Britain was involved.