FOUR people have died in suspected murders in four days in London.

There were also non-fatal attacks including a 28-year-old who was shot in east London this morning and a stabbing that left a 45-year-old in a critical condition on Saturday.

The weekend of violence saw police pelted with missiles by hostile crowds near Westfield shopping centre in Stratford, east London. 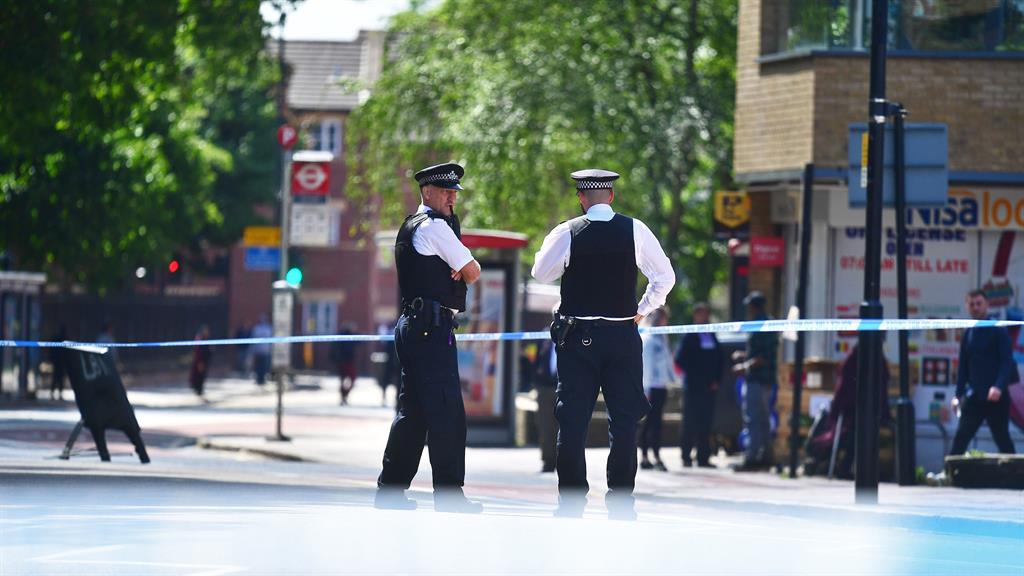 A female officer also had her head repeatedly smashed against a wall as she tried to arrest a 14-year-old boy in Streatham, south-west London.

The latest homicide victim, a man in his 40s, was stabbed to death in Whalebone Lane, Stratford, in the early hours of Monday.

This followed three deaths in the space of 24 hours, including two teenagers who were killed at teatime on Friday. 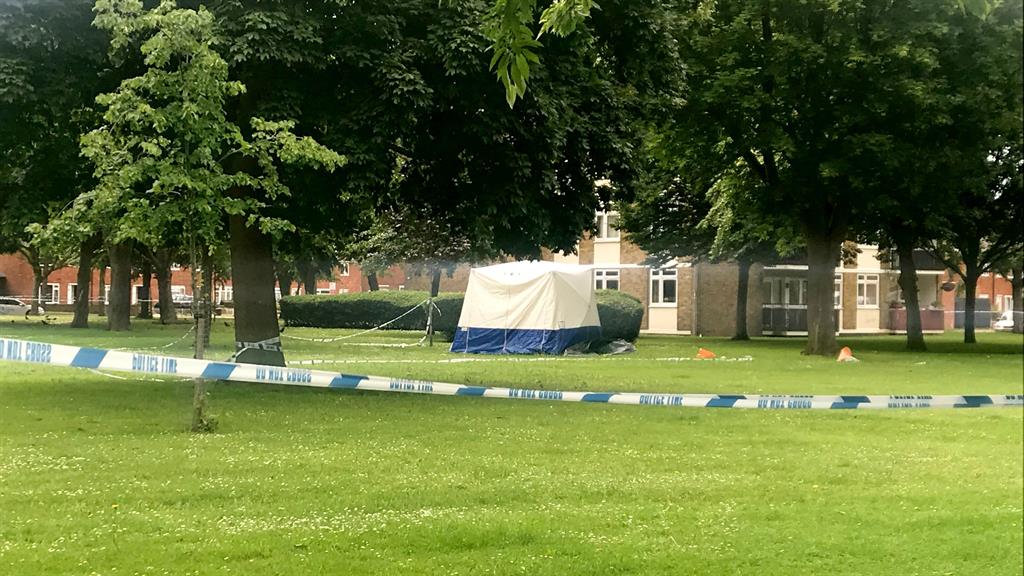 Cheyon Evans, 18, was found stabbed on Deeside Road in Wandsworth, south-west London, at 4.42pm, and died at the scene.

Mohamed Nadir Dafallah, 18, of Wandsworth, south-west London, and a 17-year-old, who cannot be named for legal reasons, appeared at Wimbledon magistrates’ court today charged with his murder.

They are next due to appear at the Old Bailey on Wednesday. 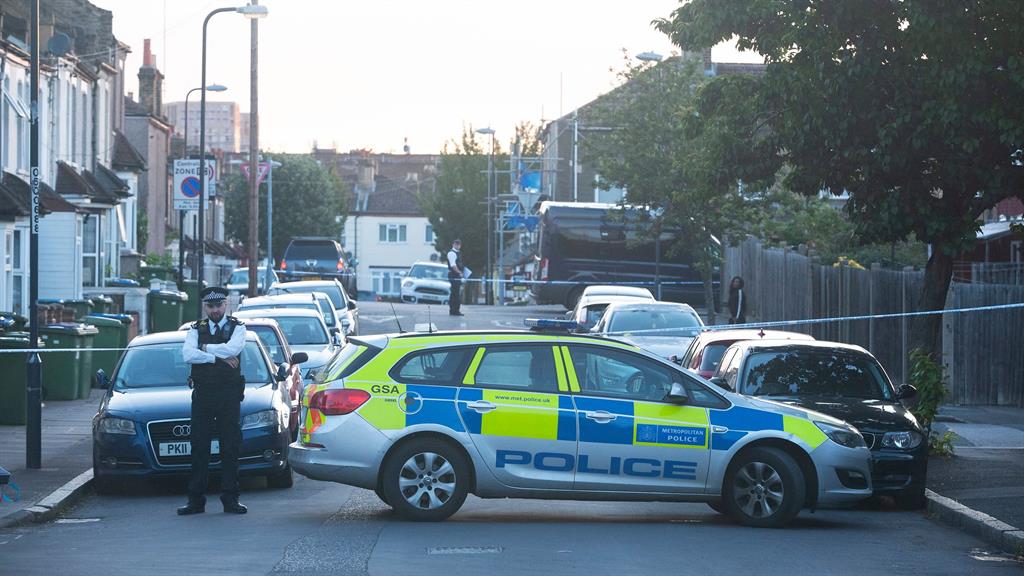 In the second killing, Eniola Aluko, 19, from Thamesmead, south-east London, was shot dead in Hartville Road, Plumstead, shortly before 5pm.

On Saturday a man in his 30s was stabbed to death in a field next to a nursery and a mosque in Alton Street, in Tower Hamlets, east London, just before 2pm. 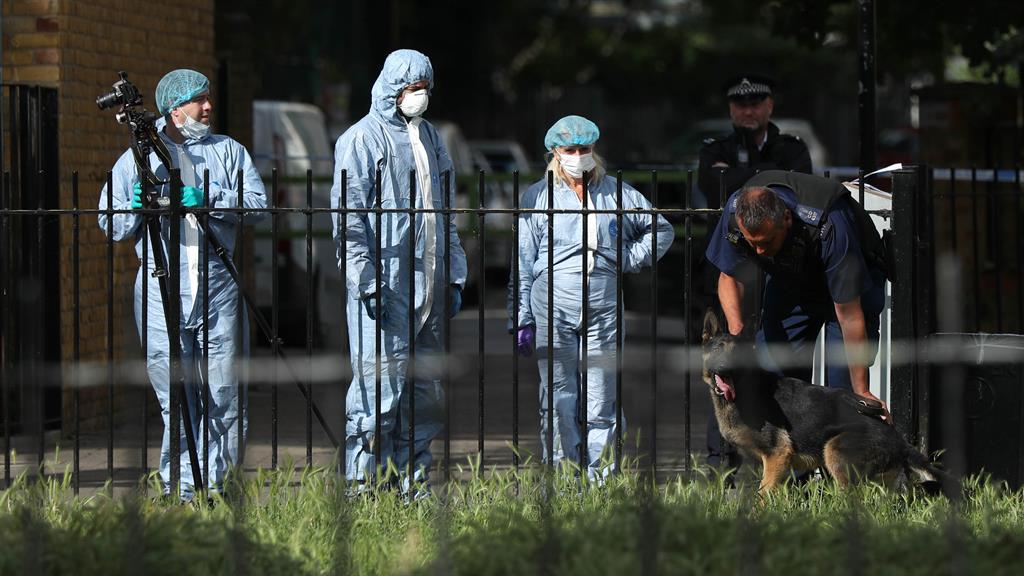 As well as the violent deaths, another victim, 45, was left in a critical condition when he was stabbed in Enfield at about 3.30pm on Saturday.

And a 28-year-old was shot in Birch Grove, Leytonstone, east London shortly after 11.30am today, although his condition was non-life threatening or changing.

The Metropolitan Police said it had boosted activity by its Violent Crime Taskforce in certain hotspots.

A section 60 order, that allows officers to search anyone to stop violence occurring, was also put in place for the whole borough of Newham until 6pm today.

Newham was the scene of the latest killing as well as unrest when hostile crowds pelted police with bottles and missiles at Stratford bus station near Westfield shopping centre on Sunday. 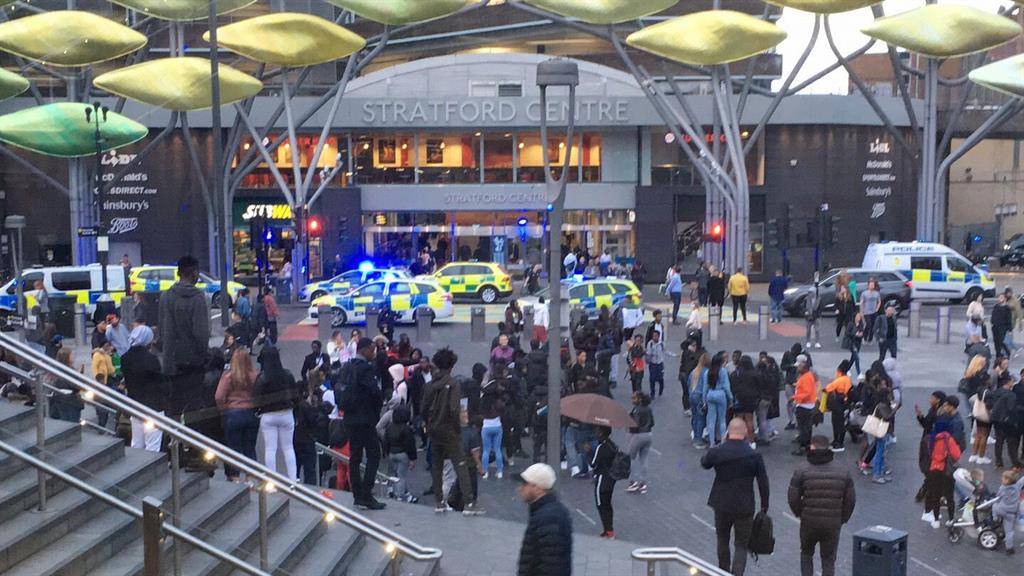 A Met Police spokesman said about 100 people had turned on officers who were called to deal with a robbery.

Three people were arrested, two on suspicion of possession of an offensive weapon and one who is accused of robbery.

The Violent Crime Taskforce said one suspect had been found with a hunting knife.

The latest string of homicides has renewed concerns about violent crime, although so far this year there have been 57 violent deaths in the capital, compared with 78 by the same date last year.

The monthly homicide rate peaked at 18 in February and March in London in 2018, compared with a high of 15 in March this year.

Retweeting a post by right-wing commentator Katie Hopkins about the killings, the president said the capital needed a new mayor ‘ASAP’. 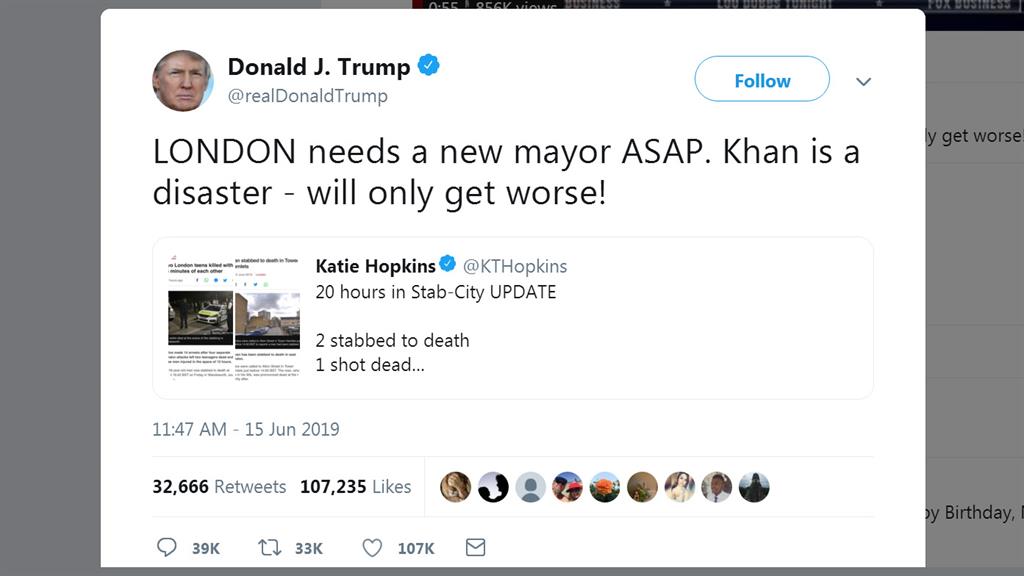 The original post by Hopkins called the capital ‘Stab-City’ and ‘Khan’s Londonistan’ alongside two screenshots of BBC News articles detailing the violence.

Mr Khan retorted by saying Mr Trump is seen as ‘a poster boy for racists around the world’.

Speaking in central London today he said: ‘We’ve had four days and four homicides in London, we’ve seen over the last five years an increase in violent crime across our country and it’s not acceptable.

‘That’s one of the reasons why City Hall, even though there’s been massive cuts from central government, have continued to invest in our police.’