ONE former paratrooper is to be prosecuted for two murders and four attempted murders on Bloody Sunday, Northern Ireland’s Public Prosecution Service (PPS) has announced.

The veteran, known as ‘Soldier F’, will face prosecution for the murders of James Wray and William McKinney and the attempted murders of Joseph Friel, Michael Quinn, Joe Mahon and Patrick O’Donnell in Londonderry in 1972.

Sixteen other former soldiers and two suspected ex-members of the Official IRA, all of whom were also investigated as part of a major police murder probe, will not face prosecution, the PPS said.

Families of people killed on that day have said they are ‘not finished yet’ after prosecutors made the announcement.

As they gathered to give their reaction in Derry’s Guildhall John Kelly, whose 17-year-old brother Michael was killed, said many had received a ‘terrible disappointment’.

But he welcomed the positive news for the six families impacted by the decision to prosecute Soldier F.

‘Their victory is our victory,’ he said.

‘We have walked a long journey since our fathers and brothers were brutally slaughtered on the streets of Derry on Bloody Sunday, over that passage of time all the parents of the deceased have died — we are here to take their place.’

Mr Kelly highlighted there were legal means of challenging the decisions not to prosecute.

‘The Bloody Sunday families are not finished yet,’ he said.

Thirteen civil rights demonstrators were shot dead on January 30, 1972, on one of the most notorious days of the Northern Ireland Troubles.

Northern Ireland’s director of public prosecutions Stephen Herron said: ‘It has been concluded that there is sufficient available evidence to prosecute one former soldier, Soldier F, for the murder of James Wray and William McKinney, and for the attempted murders of Joseph Friel, Michael Quinn, Joe Mahon and Patrick O’Donnell.

‘In respect of the other 18 suspects, including 16 former soldiers and two alleged Official IRA members, it has been concluded that the available evidence is insufficient to provide a reasonable prospect of conviction. In these circumstances the evidence Test for Prosecution is not met.’

Relatives of the Bloody Sunday families were visibly upset after learning of the prosecution decisions at a city centre hotel this morning.

Ciaran Shiels, a solicitor for a number of them, said they were ‘disappointed that not all of those responsible are to face trial’.

He said: ‘This is a remarkable achievement by the families and victims of Bloody Sunday.

‘Notwithstanding the unprecedented attempted political interference with the independence of the judicial process, the families have not only succeeded in consigning the Widgery report to history, and securing the complete vindication and declaration of innocence of all of the victims of Bloody Sunday through the Saville Inquiry, they have now secured the prosecution of Soldier F for the murder and attempted murder of six innocent people.

‘We are disappointed that not all of those responsible are to face trial.

‘We will give detailed consideration to the reasons provided for decisions not to prosecute the other soldiers, with a view to making further submissions to the Prosecution Service and we shall ultimately challenge in the High Court, by way of judicial review, any prosecutorial decision that does not withstand scrutiny.’

As well as the 13 who died on the day, 15 others were shot and injured. One of the injured died months later from an inoperable tumour and some consider him the 14th fatality. 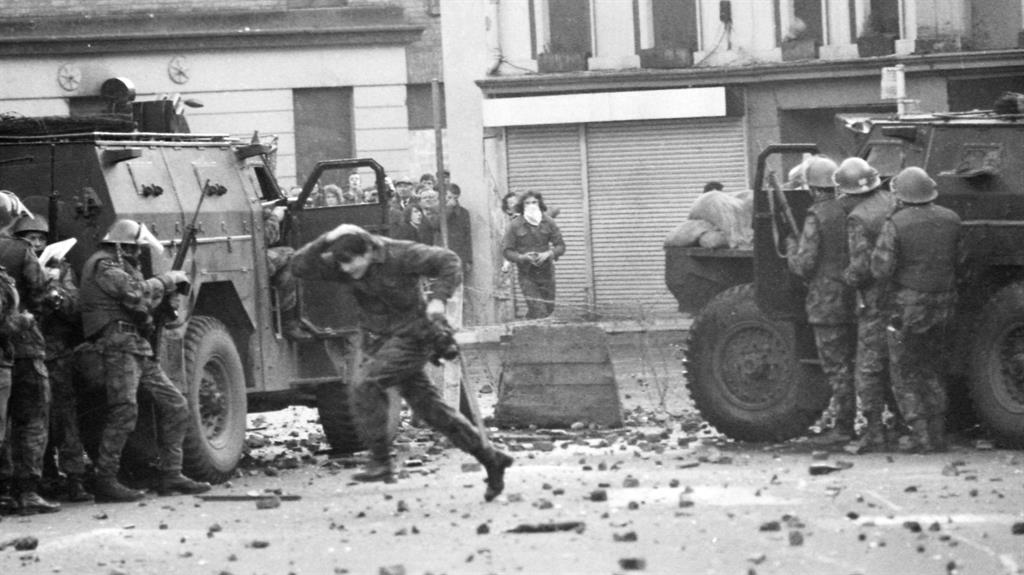 The soldiers were members of a support company of the 1st Battalion Parachute Regiment.

Prosecutors had been considering evidence in relation to counts of murder, attempted murder and causing grievous injury with intent.

Bloody Sunday helped galvanise support for the Provisional IRA early in the Troubles.

An image of a Catholic priest waving a bloodstained handkerchief as he tried to help a victim to safety went around the world. 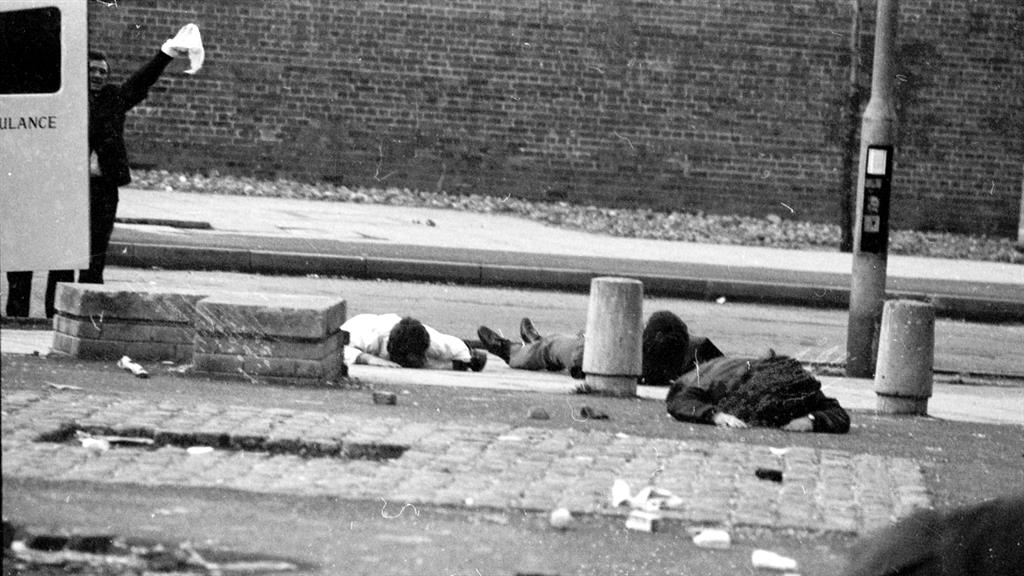 A public inquiry conducted by a senior judge shortly after the deaths was branded a whitewash by victims’ families and a campaign was launched for a new public inquiry.

Relatives sought to right the wrongs of false claims that their loved ones had been armed.

A fresh probe was eventually ordered by then prime minister Tony Blair in 1998.

A decade-long investigation by Lord Saville of Newdigate concluded that the troops killed protesters who posed no threat, and seriously criticised the decision to send them into the Bogside estate in vehicles.

Following the inquiry’s conclusion in 2010, then prime minister David Cameron said the killings were ‘unjustified and unjustifiable’.

A murder investigation by the Police Service of Northern Ireland (PSNI) followed the £195million inquiry and files on 18 soldiers were submitted to prosecutors in 2016 and 2017 for consideration. One has since died.

Four other soldiers included in the Saville Report died before police had completed their investigation.