A FORMER Royal Air Force engineer has spent the last 60 years building a model of every single plane flown by the RAF— and now has more than their current fleet.

Cliff White has made nearly 300 models since he started in 1956 while completing national service — and even hand-carved most of them from scratch.

The 85-year-old has filled his home with a scale model of every plane that has ever been in the RAF fleet, and many more. 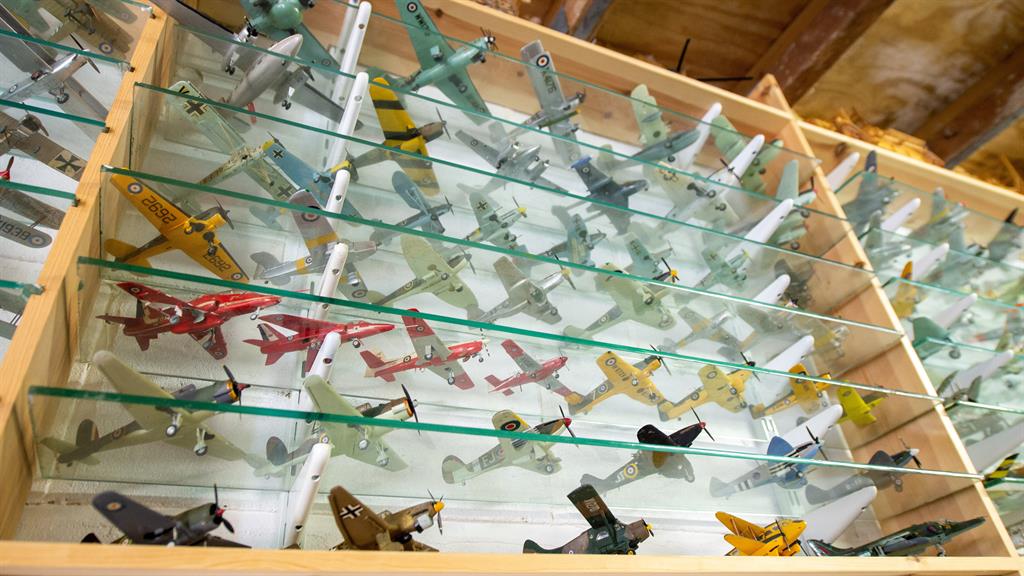 But 63 years and hundreds of models later, Cliff, from Lancing, West Sussex, is now looking to rehouse the display — which takes up two walls in his specially-converted garage.

Most of his models are built out of balsa wood he’s carved himself, but he does enjoy putting together Airfix kits with his grandchildren — but sadly he’s going to have to give up his life-long hobby.

Cliff said: ‘My eyesight and dexterity is not what it once was. It is now time to try and move them on.’ 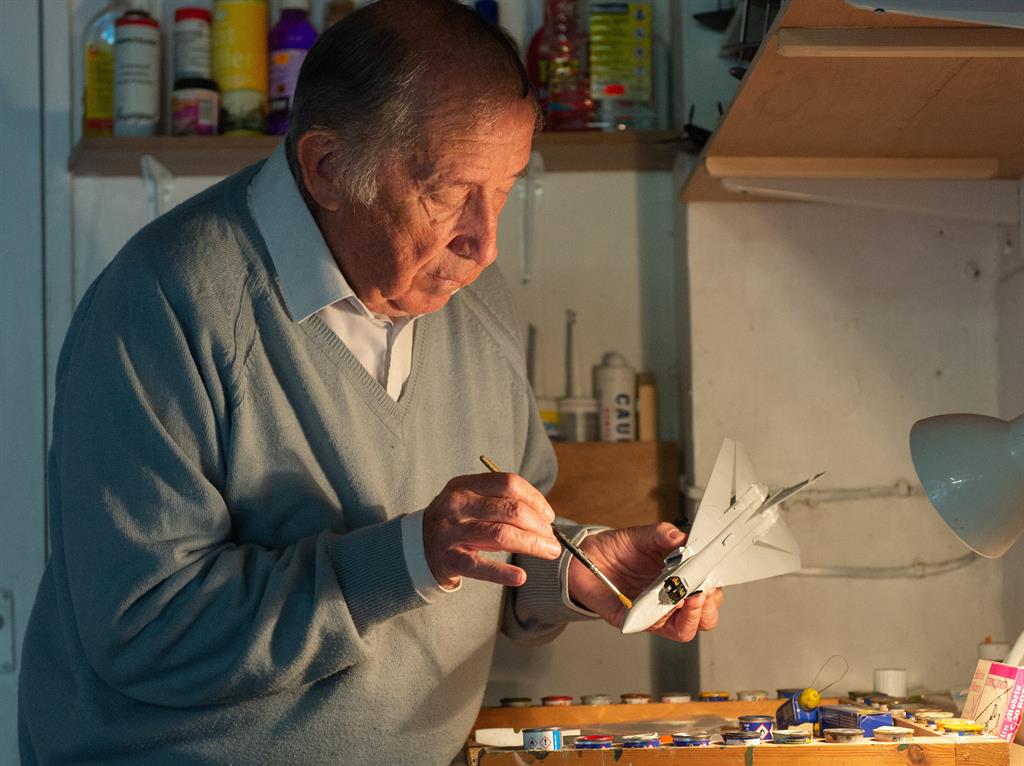 Cliff has refused several lucrative offers for individual models because he does not want to divide his impressive collection, which he hopes to see ‘go home’ to Hendon Aerodrome, in London, where the RAF Museum is now based.

He continued: ‘I don’t want to see the collection go in the skip. As long as they go to a good home, I won’t be sad to see them go.

‘It would be a dream to see them go home to Hendon where I started all those years ago. My model-building story would come full circle.’

His obsession for aviation was sparked by his hero brother Roy, who served with the RAF Coastal Command during the Second World War.

He went on to complete his National Service at Hendon, where he worked as a carpenter on wooden planes.

Cliff, who was a teacher before he retired, added: ‘It’s never been a serious hobby, but if you build five a year for 60 years, you end up with three hundred.

‘It was just a way of switching off after school and I only worked on them when I was in the mood.

‘I think I’ve probably built the whole Royal Air Force fleet since it came into being — I’m quite proud really.’

Before model kits became available, Cliff would whittle the models out of solid balsa wood.

His favourite model to build was the Handley Page H.P.42 biplane, launched in 1931 as one of the first and largest airliners.

Cliff, who is also a published local historian, said: ‘The biplanes were the most interesting to build.

‘I developed different techniques for rigging the wires.

‘The thing would look like a porcupine by the time I had finished with all the wires sticking out, before I clipped them off.

‘I have made a Eurofighter Typhoon which is a favourite with the kids, but I’m not too keen on the modern fighters. They’re so quick and easy to make.’

The octogenarian is particularly fascinated by older wartime aircraft, including planes from the German Luftwaffe, such as the Heinkel 111 which bombed the UK heavily with bombs during the war.

He added: ‘I made the Heinkel because everybody remembered it from the war.

‘They would say “that bloody bomber drops bombs over my pub”, so I made it.’ 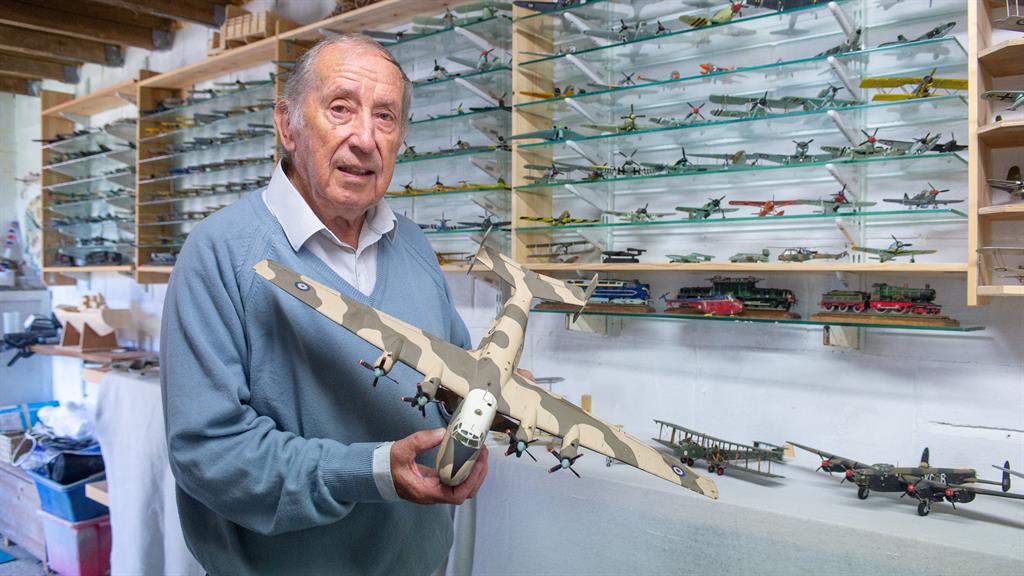 Cliff’s other fleet favourites include the Spitfire, the Mustang ‘Flying Fortress’ and the ‘huge’ ‘V-Bombers’ which took him three months to engineer out of vacuum-formed plastic sheet.

But the dad-of-two has not quite hung up his tools yet and is currently working on a World War One light bomber called the ‘Elephant’ built by the British aircraft manufacturer Martinsyde.

Cliff is a member of the Royal Air Forces Association, a charity which supports serving and former RAF personnel, who are helping him to find a suitable home for his impressive collection.

There are currently fewer than 300 active fighter jets in the Royal Air Force, including 159 Eurofighters.