A BRITISH father quarantined in the UK after being evacuated from China has thanked ‘quick thinking’ Foreign Office staff for helping him get his infant son out.

Michael Martin had been told he would not be able to bring his wife and three-month-old son back from Wuhan, the epicentre of the coronavirus outbreak, as they are Chinese citizens. The rules changed hours before the flight — but his son did not have a passport.

The Martins instead gave his birth certificate to Foreign Office officials before being allowed into the airport.

The baby was given an emergency passport and the family were eventually allowed to board the plane.

Mr Martin, who has lived in Wuhan for nine years, said: ‘I was later told one of the FCO officers held back my son’s birth certificate in case the Chinese officers wouldn’t accept it. I am so thankful for this quick thinking.’

The family are among 93 British nationals ‘in good spirits’ at Arrowe Park Hospital in the Wirral.

Veronica Theobald, 81, was visiting her grandson, PE teacher Kharn Lambert, when the outbreak began. Mr Lambert told Sky News’s Kay Burley: ‘It’s weird being home but not being home, and being locked in — almost like being back in Wuhan.’ 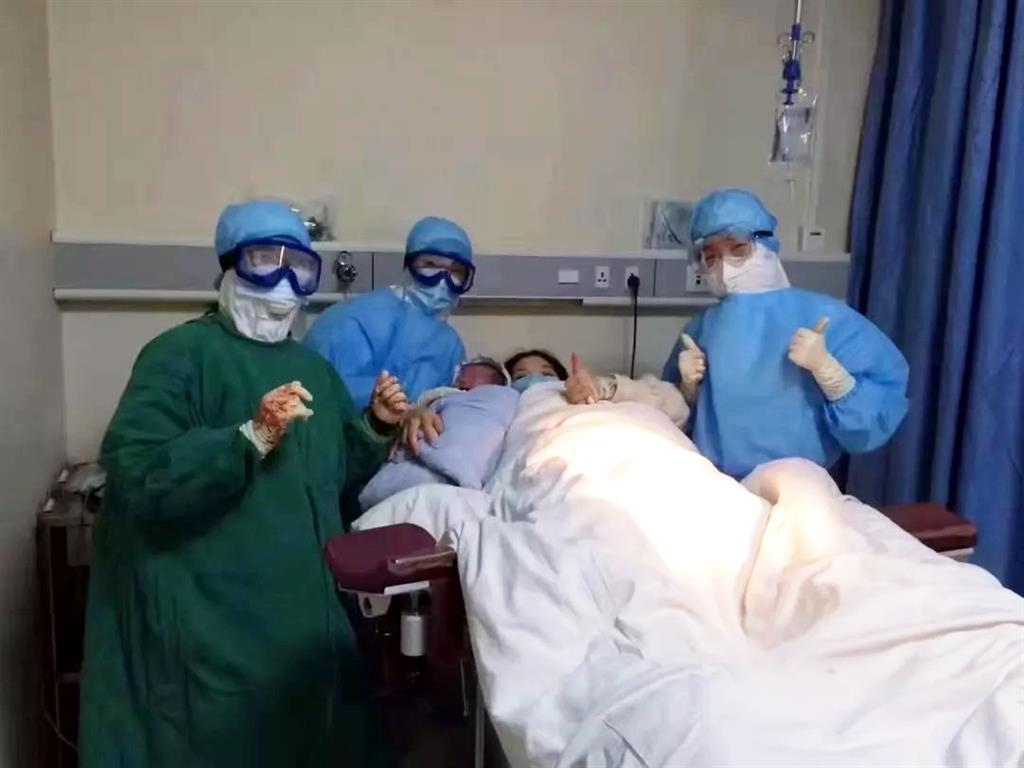 He said no one had any signs of illness, adding: ‘We’re all trying to keep our spirits high. We’re playing jokes on each other, we’re having a laugh when we have the chance to see each other.’

The evacuees thanked the Wirral people’s ‘amazing kindness’ for gifts, including toys and eight bottles of red wine.

■ A HEALTHY boy has been born in a Wuhan quarantine ward. Doctors wearing hazmat gear delivered the 7.7lb infant, whose father has coronavirus. His mum, named only as Ms Gong, is suspected of having the virus. Doctor Song Bo (on the right) said: ‘It’s been tough but we’re all excited to see this new life.’ asiawire