‘NO, no, no, no, no!’ says Pontus, with alarm, as I’m about to transfer an innocent-looking mushroom into my jaunty wicker basket. ‘That one could poison you!’

I’ve only been foraging for five minutes and already I’ve failed to spot the distinction between a small brown mushroom with a yellow stem and a small brown mushroom with a brown stem. The yellow-stemmed ones are edible, the others most definitely are not. Foraging, it seems, is just not my forte. But for Pontus Magnusson, an affable thirtysomething clad in a cosy fisherman’s sweater, as well as for many other Swedes, getting into the countryside and helping themselves to nature’s bounty is a way of life. And now they want to share it with the rest of us.

Thanks to Sweden’s eminently liberal policy of the ‘freedom to roam’, every Swede has the right to access certain public or privately owned land, lakes and rivers for recreation. This includes access to the multitude of herbs, vegetables, fruit, fish and animals. They can pick, catch or shoot mostly whatever they want.

‘It’s in our blood to go out and gather things seasonally, even if we live in the city,’ explains blonde, blue-eyed Frida Wallen, who is accompanying us from the Swedish tourist board (presumably to ensure no one dies during this enterprise). ‘I’ve been doing it since I was a child. Sweden is a very healthy country and we have low obesity levels. In schools meals are cooked fresh, there is no processed food.’ 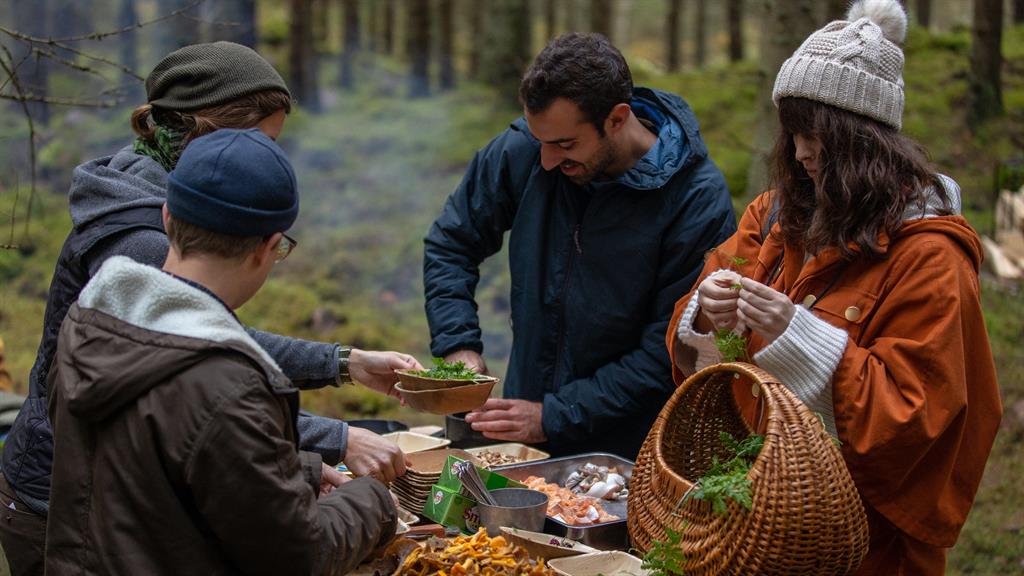 It sounds like Utopia and with a staggering 96 per cent of the country uninhabited, that’s a lot of nature to plunder. So from May 1, visitors to Sweden will be able to do the same thanks to the initiative of The Edible Country, where it’s opening itself up to anyone who wants to come and source, then cook, its produce.

Four Swedish Michelin-starred chefs — Titti Qvarnström, Niklas Ekstedt, Jacob Holmström and Anton Bjuhr — have created a series of menus with recipes that can all be made from what is found in the wild. Then, via bookatable.com, visitors can reserve one of seven tables, where they’ll find kitchen kits perfect for putting their foraged meal together. And if you’re not confident of your outdoor skills you can enlist the services of a local cook or forager. 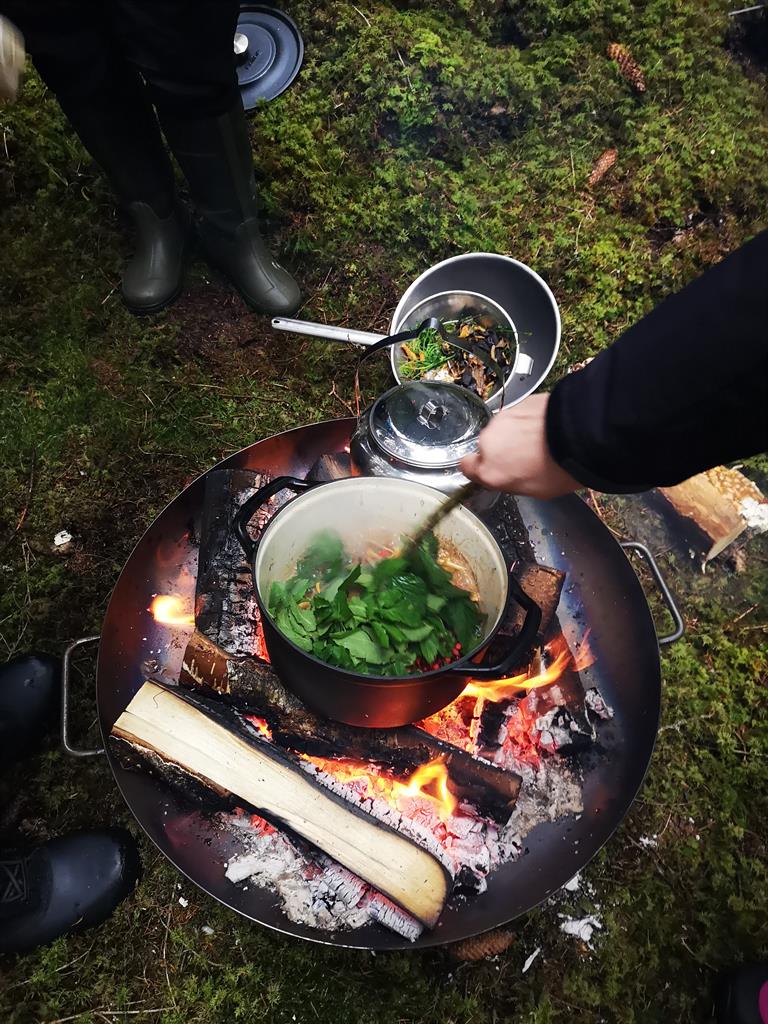 Two of the chefs are with us today to show us the ropes: Titti, whose restaurant Folk Mat & Moten (filkmatmoten.se) is based in Malmö, and Jacob, who co-owns Gastrologik (gastrologik.se) in Stockholm. We’re walking slowly, almost meditatively, through a wood in the heart of Småland, one of Sweden’s most beautiful regions.

The nearest town is Växjö, a five-hour journey from Stockholm, but here, treading on soft carpets of moss and surrounded by tall birches, you wouldn’t know how close you were to civilisation. The only sounds are occasional bird calls, the gentle wind blowing through the trees and the odd triumphant ‘a-ha!’ at what looks like a sanctioned mushroom or herb as described by Pontus. He’s already pointed out juniper bushes, lingonberry plants and a feathery leaf called yarrow.

As our baskets fill, we walk into a clearing where a long wooden table awaits, set with cutlery, glasses, candles and fairy lights. It’s all rather magical until I realise no elves are going to be cooking for us and that I’m going to have to get stuck in.

A couple of prep stations have been set up and there’s a vigorous fire going with a metal pot dangling over it. ‘Have you ever gutted a fish?’ Jacob asks. Of course I haven’t — I live in central London.

He shows me how to slide a knife into the rubbery flesh of a perch, then debone and fillet it. It’s one of the more disgusting things I’ve ever done but that’s all part of what Sweden wants to achieve — getting people as close to nature as possible.

Then I have to thread the fillets over a fire and grill them before adding them to the pot, along with our freshly picked mushrooms and herbs, to make a hearty broth. Meanwhile, Titti is smoking a different type of fish, an Arctic char (similar to trout), over some juniper branches, with sorrel and lingonberries.

Finally, we all sit down to eat and it’s incredible. It all tastes fresh and I connect what I’m eating with my surroundings. Best of all? I didn’t poison anyone.

Norwegian flies from London to Stockholm from around £98 return, Norwegian.com. Rooms at PM & Vanner, Vaxjo, from around £189pn, pmrestauranger.se/en/. For more info, go to visitsmaland.se and visitsweden.com

Easy pickings: Three delicious dishes you can forage for 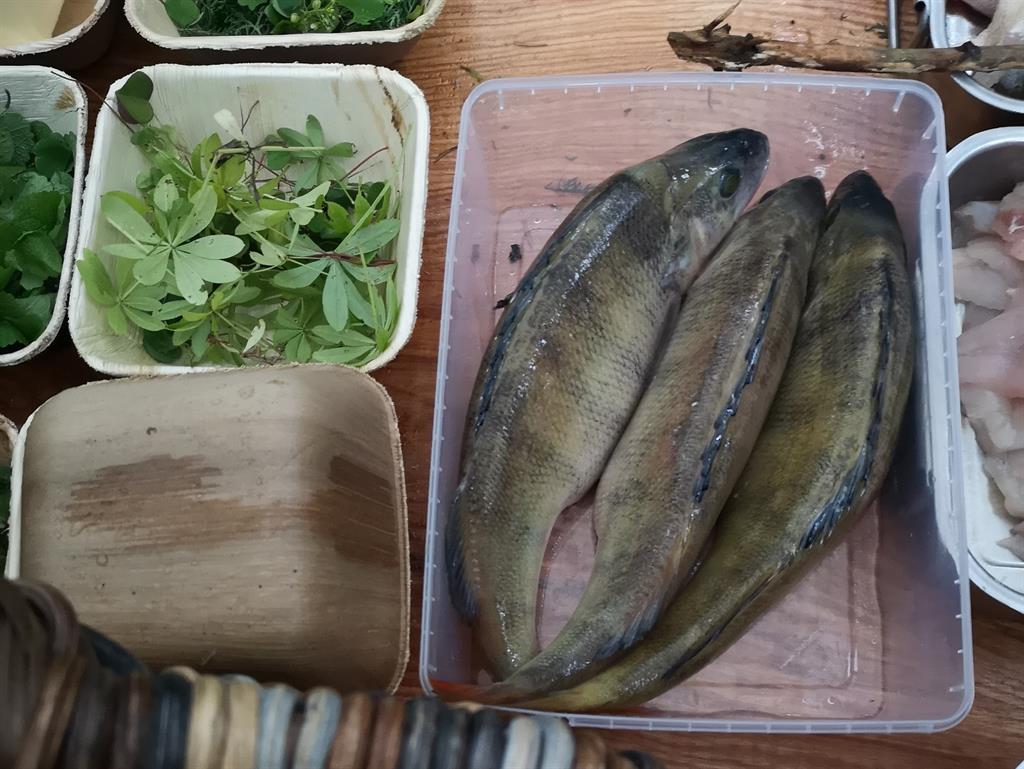 For this you need a perch or a brown trout. Then add a handful of nettles (alternatively, young dandelion leaves), a handful of ground elder, 15 to 20 wood sorrels and a handful of small, young white birch leaves. Add two tablespoons of butter and some salt. 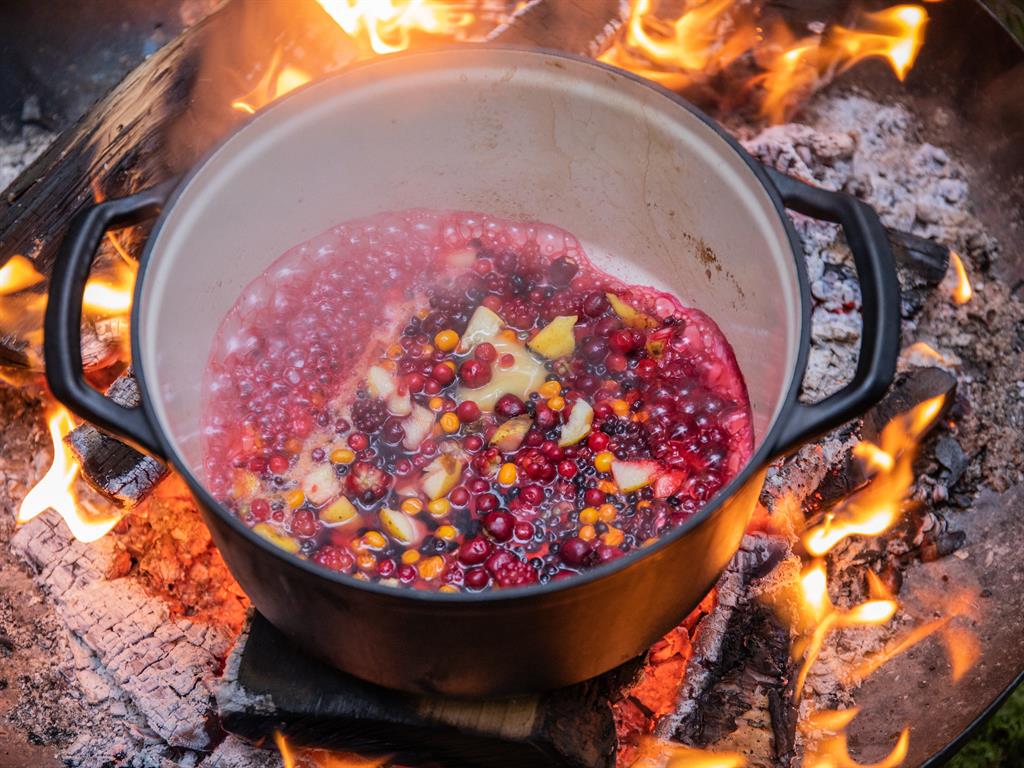 Mix a few handfuls of wild blueberries, wild raspberries and lingonberries (all rinsed) with one handful of meadowsweet (alternatively, use water mint or wild mint). Add 100g butter, three tablespoons of sugar and a pinch of salt.

Chanterelles with ramsons and herb salad 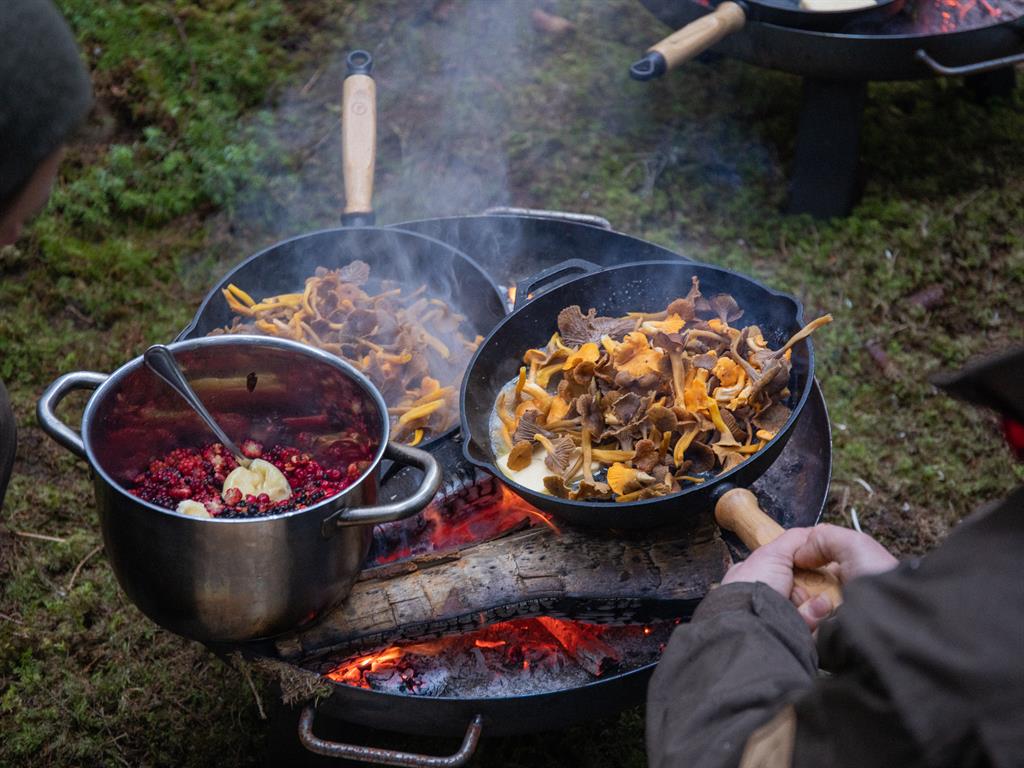 This calls for 1kg of chanterelles or some other tasty mushroom. Add one small handful of ramsons (wild garlic), one handful of garlic mustard (Alliaria petiolata), two handfuls of ground elder, two handfuls of sorrel and one large twig of sweet cicely or heath pea. Mix with a chunk of butter and some salt.