JORDAN HENDERSON and Lucy Bronze have been voted England players of the year for 2019. Liverpool midfielder Henderson won the men’s award ahead of Raheem Sterling and third-placed Harry Kane. Bronze (above), topped the fans’ poll from 2018 winner Ellen White, with Beth Mead third. Henderson made seven England appearances last year, passing the 50-cap mark during a 5-1 away win against Montenegro. He also helped Liverpool win the Champions League, Super Cup and club World Cup.

LIVERPOOL boss Jurgen Klopp is optimistic Joel Matip, Fabinho and Dejan Lovren will return from injury in time for Sunday’s Premier League visit of Manchester United to Anfield. Fabinho has been out since late November with an ankle problem, Matip has missed two months with a knee issue and Lovren since December 10 due to a thigh injury. ‘I wait really until they are on the pitch and somebody tells me they are allowed to do the full session,’ Klopp said. ‘It looks like Joel will be in, it looks like Fabinho will be in maybe a day later. Dejan, maybe he can be in as well. ‘That means a lot and helps massively. We’ll see how it looks. The week is very important.’

■ THE Gambling Commission is investigating the arrangement which allowed FA Cup ties to be streamed on betting sites. During January 2017, a deal was agreed by the Football Association with sports media rights company IMG, which allowed the third party to sell live streams to betting companies, effective from the start of last season. 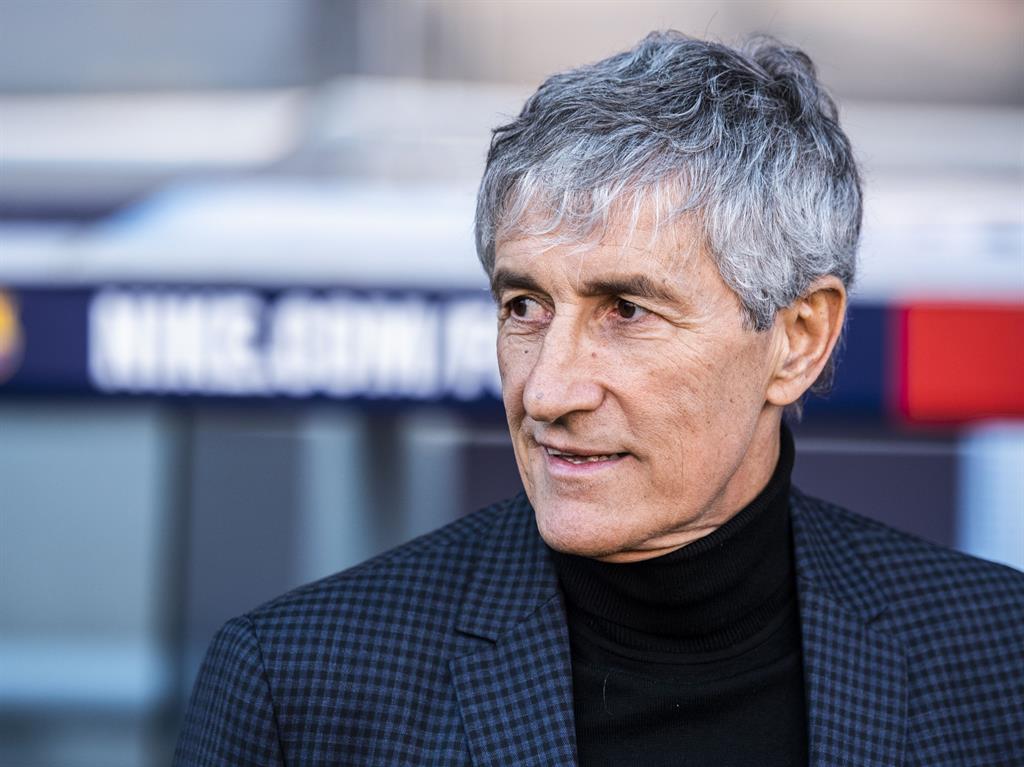 ‘Yesterday, I was walking around my hometown with cows around me and now I’m here at Barcelona managing the best players in the world’ — Quique Setien (pictured) says he did not imagine in his ‘wildest dreams’ he would become Barcelona manager. Setien, who has replaced Ernesto Valverde, has signed a contract until the end of the 2021-22 season