BOSS Steve Bruce has revealed £40million record signing Joelinton will remain as Newcastle’s No.9 despite his summer swoop for Callum Wilson. Wilson, who is set to make his Magpies debut at West Ham on Saturday, will keep the 13 he wore for old club Bournemouth while Brazilian Joelinton, who scored just twice in the league last term, retains the jersey made famous by Jackie Milburn, Malcolm Macdonald and Alan Shearer. ‘He’ll remain with the No.9 shirt,’ said Bruce. ‘I’ve spoken to Callum on that. The kid (Joelinton) still has a big future and I think he’ll be better for last year.’ 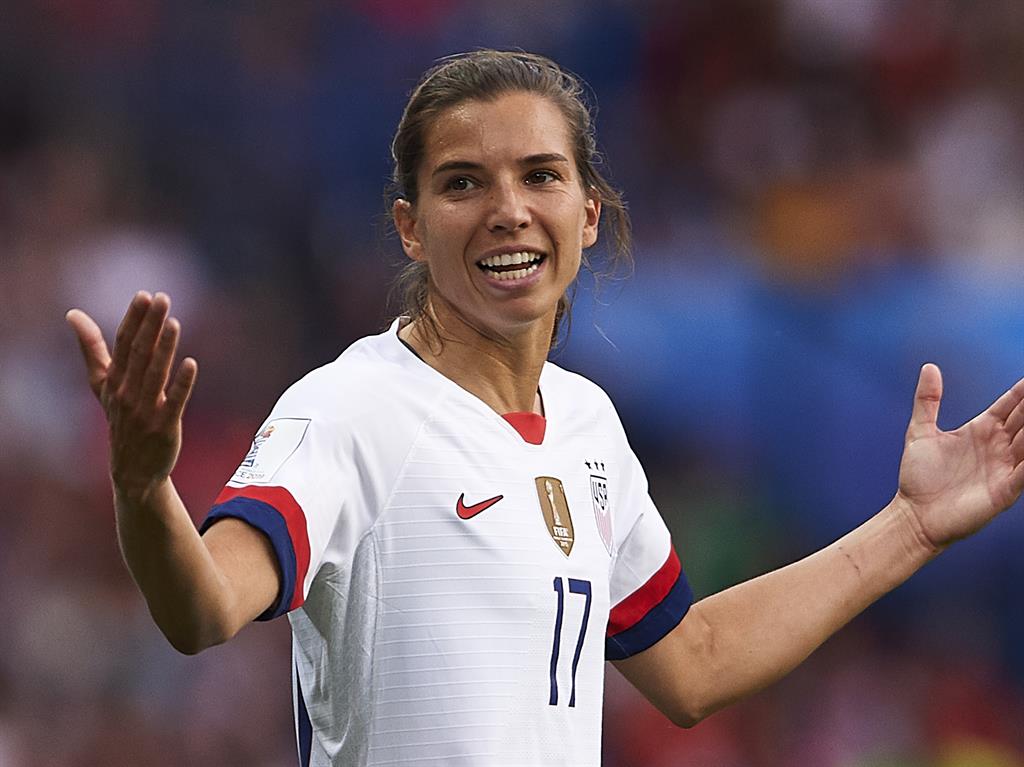 MANCHESTER United Women have confirmed the signings of double World Cup-winning strikers Tobin Heath (pictured) and Christen Press. The American duo have joined on contracts until the end of 2020-21, subject to work permits. Heath has been with Portland Thorns since 2013. The 32-year-old said: ‘Manchester United is an exceptional club. I’m thrilled to be joining them.’ Press, 31, joins United following a spell with Utah Royals.

■ 3 — Year deal for England left-back Alex Greenwood at Manchester City, who arrives after her contract at Lyon expired. The news comes a day after Lucy Bronze rejoined City from Lyon

NEWCASTLE are taking legal advice after the Premier League formally rejected Amanda Staveley’s Saudi takeover bid based on its owners and directors test. PCP Capital Partners’ offer to buy out current owner Mike Ashley was withdrawn at the end of July. Newcastle said: ‘The club and its owners do not accept Premier League chief executive Richard Masters and the Premier League have acted appropriately.’

‘The joint administrators recently met with the EFL for permission from them to start the season. We are quietly optimistic that this permission will be given’ —Administrators for Wigan believe the League One crisis club will be allowed to begin their season as planned this weekend

■ 3 — Year deal for England left-back Alex Greenwood at Manchester City, who arrives after her contract at Lyon expired. The news comes a day after Lucy Bronze rejoined City from Lyon