THE commission which imposed a three-match ban on Manchester United striker Edinson Cavani for the use of a racial term on social media expressed ‘surprise’ that he had received no media training from the club. The three-man independent regulatory commission accepted Cavani (pictured) had not intended to cause offence when using the word ‘negrito’ in an Instagram post on November 29 and imposed the minimum possible sanction. The post was in reply to a friend, Pablo Fernandez, who said ‘negrito’ is his lifelong nickname. The sanction on Cavani has been criticised by the South American football confederation, Conmebol.In its written reasons, the commission said: ‘In light of the player’s high profile in the game, his inability to speak English and the fact he had approaching eight million Instagram followers, the commission were surprised no such “training” had been specifically put in place.’ But it noted they ‘have taken steps to ensure that the player has a greater understanding of his responsibilities on social media’.

AMAD DIALLO has been described as ‘one of the most exciting young prospects in the game’ by Ole Gunnar Solskjaer as the Manchester United manager hailed the signing of the Atalanta teenager. Preparations have been under way for the 18-year-old’s arrival since agreement was reached with the Serie A outfit on the final day of the summer transfer window. That deal has now been completed, subject to visa clearance, with winger Diallo signing for an initial £18.7million which could rise to £36.5m. ‘We have followed Amad for a number of years,’ said Solskjaer. ‘It will take time for him to adapt but his speed, vision and fantastic dribbling ability will stand him in good stead.’ 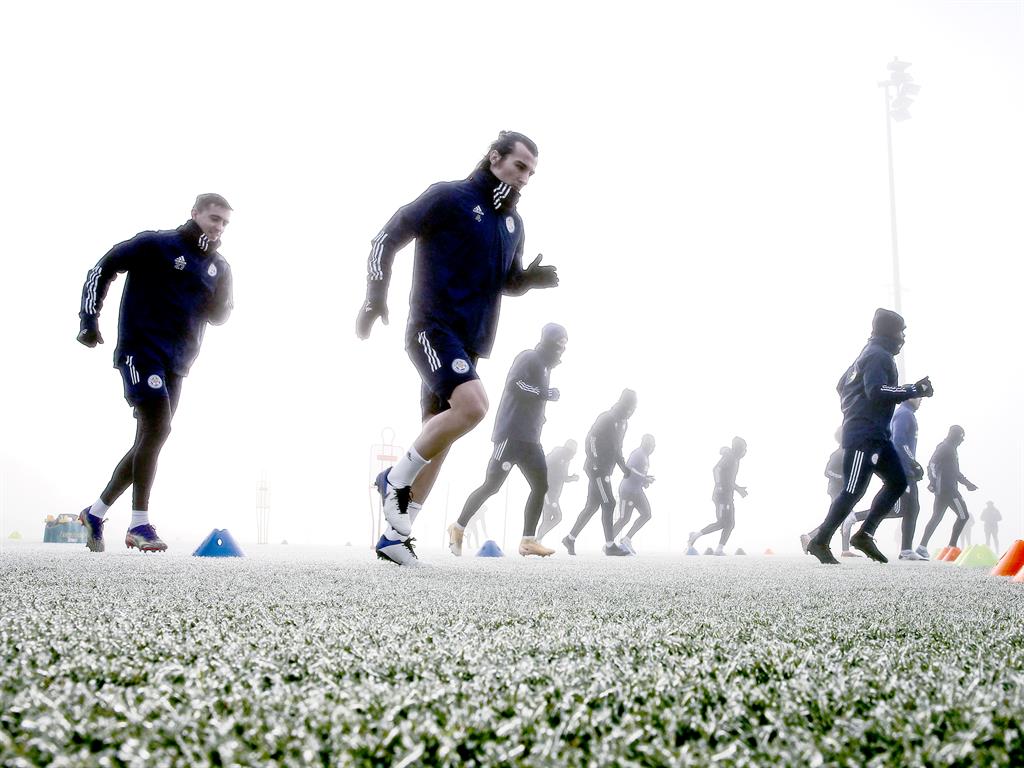 ■ ARCTIC FOXES: A frosty reception for Caglar Soyuncu and his team-mates (above) as Leicester prepare for tomorrow’s FA Cup third-round trip to Stoke PICTURE: GETTY

‘I’ll always think highly of Jack and the door is always open for him at Town, he is very much still a part of our family’ — Harrogate boss Simon Weaver on Jack Emmett, 27, who has left the club to focus on recovering from chronic fatigue

Gunners borrow £120m due to Covid

ARSENAL have taken out a ‘short-term’ £120million corporate loan from the Bank of England to help offset the impact of the Covid-19 pandemic. During August, the Premier League club announced plans to make 55 roles redundant across several departments because of the financial damage suffered during the coronavirus crisis. The majority of the Gunners’ players had also earlier agreed to a 12.5 per cent pay cut to help keep other staff at the club keep their jobs. Arsenal yesterday confirmed the club were utilising a Bank of England scheme to bring in significant additional revenue, with matches at the Emirates now once again being played behind closed doors.

ENGLAND Women’s coach Phil Neville is in talks with Inter Miami, the MLS club owned by former Manchester United team-mate and friend David Beckham, who sacked manager Diego Alonso yesterday. Baroness Sue Campbell, the Football Association’s director of women’s football, told the BBC Neville would lead the Team GB side at this year’s Tokyo Olympics unless he took the Miami job. Neville’s England deal ends in July. ‘We were moving towards an announcement when he started to have these discussions,’ said Campbell.