BRUNO FERNANDES was relieved Manchester United beat struggling West Brom but knows the Reds must improve in order to climb the league table. Ole Gunnar Solskjaer’s men finally tasted victory on home soil in the league this season, with a retaken Fernandes penalty enough for a 1-0 victory on Saturday. ‘It was a tough game,’ Fernandes (pictured above) said. ‘They played really good football — they are tough in the back, they are strong. I think we can do much better in the final third. We need to do much better. I think everyone feels the same. ‘I don’t think we have to build from here. We are building from the beginning. ‘You build from losses also. Of course, you don’t want to lose — a team and club like this, doesn’t need to lose to build something important. But it’s there. We made mistakes, now the point is to keep going and doing the right things.’

■ 11 — Point lead for Rangers over Celtic in the Scottish Premiership after a 4-0 win over Aberdeen thanks to goals from Ryan Kent, Kemar Roofe, Scott Arfield and James Tavernier’s penalty

Hodgson: Tide will turn for Burnley

CRYSTAL Palace manager Roy Hodgson will not write off tonight opponents Burnley after drawing on his own side’s basement struggles. The former England boss took over at Selhurst Park in September 2017 with the Eagles rock-bottom and he said: ‘It’s probably a bit easier for someone like Sean (Dyche), who has been at Burnley for a long time knowing exactly what to do. ‘They have their game-plan firmly established. I’m pretty certain a guy like Sean won’t be thinking this is a hopeless task and he’ll be waiting for the tide to turn.’

SEAN DYCHE refuses to use the interrupted start to the Premier League season as an excuse for Burnley stumbling out of the blocks. The Clarets are stuck in the bottom three without a win ahead of tonight’s visit of Crystal Palace but Dyche will not blame two international breaks for disrupting his plans. He said: ‘I think there’s other things that have got in the way of our form but we do have to take responsibility for what comes next, including me.’ 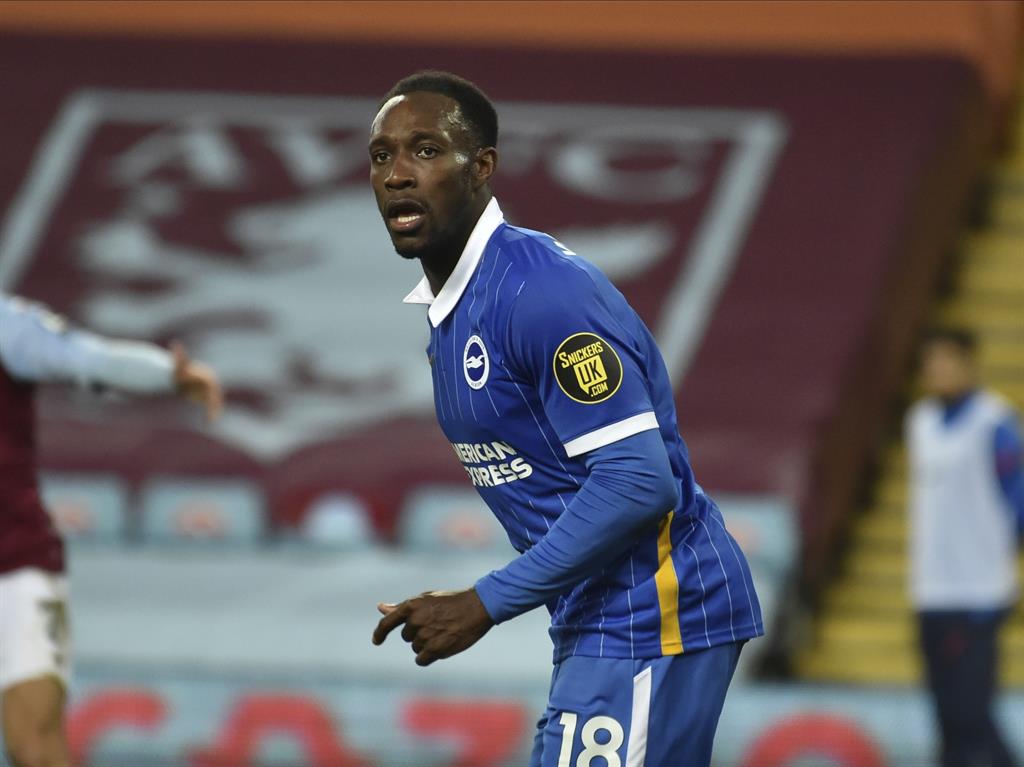 ‘He has been a breath of fresh air. The boys have responded really well to him, he’s responded to the boys – he looks like he’s enjoying his football’ — Brighton boss Graham Potter on Danny Welbeck (above) after the former England man scored his first goal since arriving as a free agent with a lovely finish in the 2-1 win at Aston Villa

Nightmare before Christmas for Nuno

WOLVES boss Nuno Espirito Santo is bracing for a ‘nightmare’ festive period as his side resume their league campaign against Southampton tonight. Wolves host Tottenham on Boxing Day and travel to Manchester United two days later. Nuno insisted: ‘Moaning is a waste of time but doesn’t take away from how hard it is for the players – it’s something we have to deal with because different people are making the decisions. What’s in front of us is a nightmare.’

■ 6 — Straight wins for La Liga leaders Real Sociedad, who were rewarded for their persistence as they eventually edged out Cadiz 1-0 away yesterday with an Alexander Isak goal after 66 minutes

■ ROMELU LUKAKU scored twice as Inter Milan completed a thrilling second-half comeback from two goals down to beat Torino 4-2 in Serie A yesterday, ending a four-match winless run in all competitions.