WEST Brom went back to the top of the Championship after Charlie Austin’s controversial 90th-minute penalty sealed victory over Preston at Deepdale. Substitute Austin coolly slotted home from the spot after Preston goalkeeper Declan Rudd was adjudged to have brought down the Baggies’ Kyle Edwards. The visitors had earlier had chances to seal what was a fifth straight win with Nathan Ferguson and Matt Phillips both forcing saves from Rudd. Preston rallied with Daniel Johnson forcing a fine stop from Sam Johnstone before Austin condemned the hosts, who are sixth, to a first home league defeat.

Mullins to lead Hornets at Leicester

MANAGERLESS Watford have announced Under-23 coach Hayden Mullins will take charge of tomorrow’s game at Leicester. The Premier League’s bottom club are searching for a third manager of the season after Quique Sanchez Flores was sacked less than three months after replacing Javi Gracia. On Sunday Watford chief executive Scott Duxbury said the appointment of a new head coach was ‘imminent’. The Hornets confirmed 40-year-old Mullins will lead the side at the King Power Stadium in a message on the club’s Twitter feed. 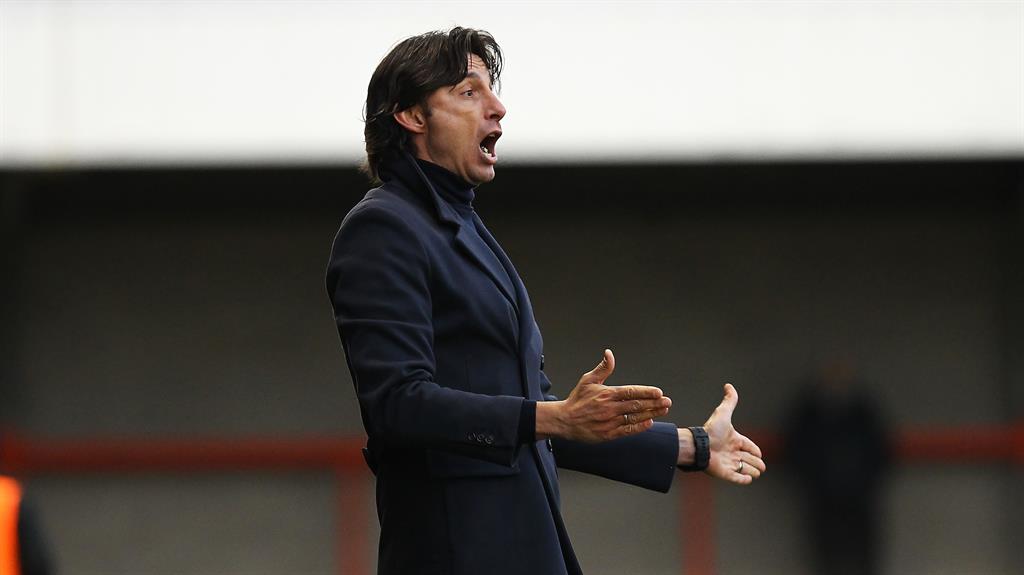 GABRIELE CIOFFI has left League Two Crawley by mutual consent after just one win in ten matches. The Italian head coach (pictured) presided over a 2-1 FA Cup defeat by Fleetwood on Sunday and will be replaced by his No.2 Edu Rubio on an interim basis. The Reds said in a statement: ‘The club would like to thank Gabriele for his services to Crawley Town and we wish him all the best for the future.’

■ RANGERS have been hit with a Uefa charge for their fans ‘setting off fireworks’ at last week’s Europa League tie against Feyenoord in Rotterdam. There had been fears the club could face a third charge over sectarian chants this season but the fireworks issue is the only one on the charge sheet.