DOZENS of flood warnings are in place across England — bringing misery to travellers heading out for Christmas.

There are a further 227 flooding alerts in place, meaning there is a risk of flash flooding and standing water.

Around 90 properties have been flooded, some 60 in the south-east and about 30 in Devon and Cornwall, the EA said.

It warned that with more rain likely today and tomorrow, the flood threat would continue for the next few days in southern and central England.

Overnight on Saturday, emergency services in Aylesbury, Buckinghamshire, had to rescue a mother and her three young sons who became stuck in their car in flood water in Edgecott.

Thames Valley Police urged drivers not to move or ignore ‘road closed’ signs placed on the routes most at risk of flooding.

On Friday night, one officer had to strip to his boxer shorts to check on a car stuck in Kingsey.

Kent was also badly affected, with the River Medway bursting its banks between Teston and West Farleigh near Maidstone.

Elsewhere, the residents of Little Venice Caravan Park in Yalding, Kent, had to be rescued by boat.

The Environment Agency has advised people to stay away from swollen rivers and not to drive through standing water as just 30cm is enough to flood a car. 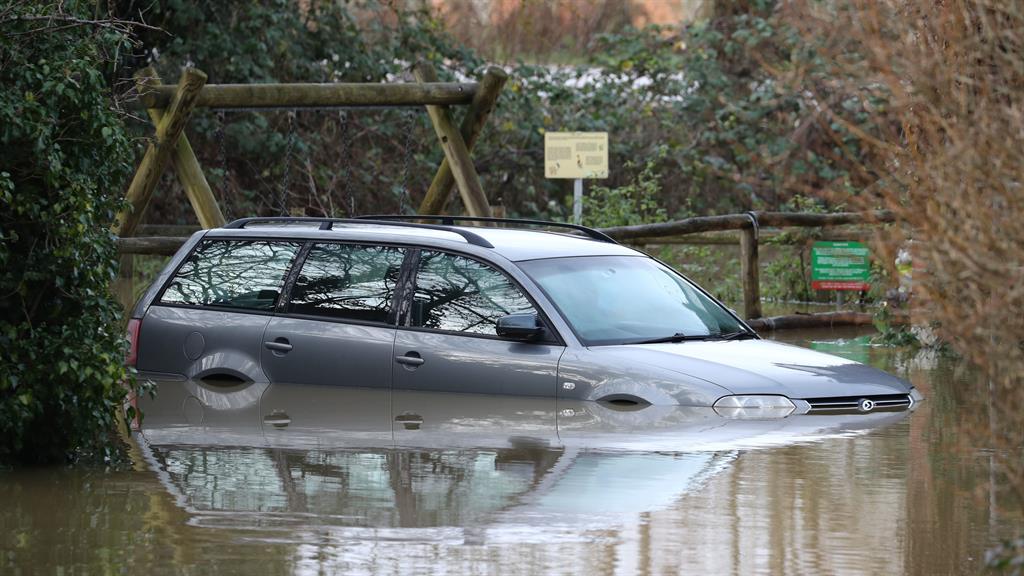 A spokesman said: ‘We continue to monitor rainfall and river levels closely, and operate our flood defences, reducing the risk of flooding to thousands of homes and businesses.

‘Environment Agency teams have put up temporary flood defences in a number of locations including Bradford on Avon, Leatherhead and Guildford. Pumping continues in Somerset to lower levels in the River Tone.’

So far this autumn, rainfall records have been broken for South Yorkshire, Nottingham and Lincolnshire and across the country it has been the fifth wettest autumn since records began.

Although yesterday was due to be wet and miserable for most people, some respite is on the horizon, according to the Met Office.

Meteorologist Steven Keates said: ‘Yesterday’s rain is slowly clearing in eastern England — it’s fairly light and patchy now, there’s not really too much falling but it’s totted up the rainfall and the flooding issues across the south overnight.’

‘The good news is that the next couple of days offer a bit of a respite.

‘There’s a bit of rain in the forecast mostly in the form of showers but the rainfall amounts in areas affected by flooding in recent days will be relatively small and won’t greatly exacerbate the problem.’ 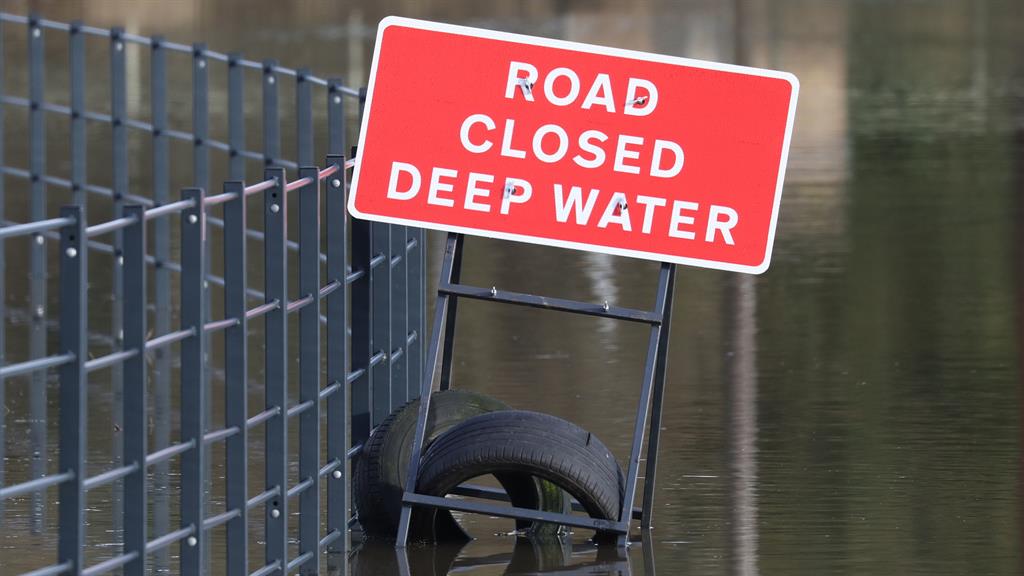 But as groundwater levels across parts of the south are still very high, there are likely to be ongoing flood issues in the region.

Mr Keates added: ‘There is still some rain in the forecast but on the whole it’s not looking as wet as it has in the last few days which I think for most people is good news.’

Temperatures are set to range from between 4C in northern Scotland to 10C in the south of England.