WOULD you consider visiting a ‘womb healer’? After a slew of unsatisfactory dates, that’s what 36-year-old Londoner Sara did. ‘I’m not really into spiritual stuff but after kissing so many frogs, I couldn’t shake the idea that I was harbouring some kind of bad vibe,’ she says. ‘The session was a mix of therapy and meditation. I can’t know for sure if it worked but shortly after, I met someone lovely and felt my “curse” had been lifted.’

Clearing bad vibes is what this latest complementary-health-craze-on-the-block claims to do. It’s a shamanic ritual that followers claim can help a woman unlock the power of her womb by removing any trauma held there, such as infertility, painful periods or a stressful birth. It works by ‘removing a past partner’s energy imprints’ via reiki-like actions at specific points.

Sounds bonkers? Well, it’s becoming more mainstream and is offered at wellbeing studios across the country. If you ascribe to the view that every trend makes a comeback, the same is true here, because ‘womb healing’ was first used in ancient Egypt.

As with most alternative therapies, there are sceptics, including GP Dr Raj Arora. ‘Shamanic healing hasn’t been scientifically proven to help with uterine problems or problems with infertility,’ he says. ‘I do see patients who turn to spiritual healing, energy healing or alternative or complementary therapies for all sorts of disorders but I don’t advocate using these therapies over modern treatments.’

The University of Bristol says 16 per cent of the population sought out alternative therapies in 2015, compared with 12 per cent in 2005, so more people are embarking on complementary health routes and it’s not difficult to see why womb healing is intriguing.

Advocates include Allera Dawn, an intuitive-healing coach who founded Pure Light 1111, which offers a womb-healing programme for a costly £1,111 for three one-hour Skype sessions, plus homework. ‘It’s about our inner-soul connection to Mother Earth and the cosmos,’ she says. ‘The womb affects every relationship we have.’

Miranda Gray, a ‘Moon Mother’ who trains others, believes that womb healing can help with physical problems. ‘For some women it’s an opportunity to recharge their female energies before they go out again to fight in a masculine world,’ she says. ‘Womb healing helps us accept the nature of our menstrual cycle and the different physical, mental and emotional changes and enhanced abilities we experience.’

Women who have visited healers speak of the return of absent periods, the easing of premenstrual syndrome and a rush of feminine feelings. Alicia Roscoe, a yoga teacher, visited menstrual therapist Nuria Peguera in Goa and took part in a group womb dance.

‘The session empowered me to believe that periods are a superpower,’ she says. ‘I saw that if I tuned into my cycles, I’d be far stronger. It’s a dance, not a battle. It’s similar to mindfulness but you direct your attention to your female organs.’

Whatever you make of it, it’s tough to argue with that. 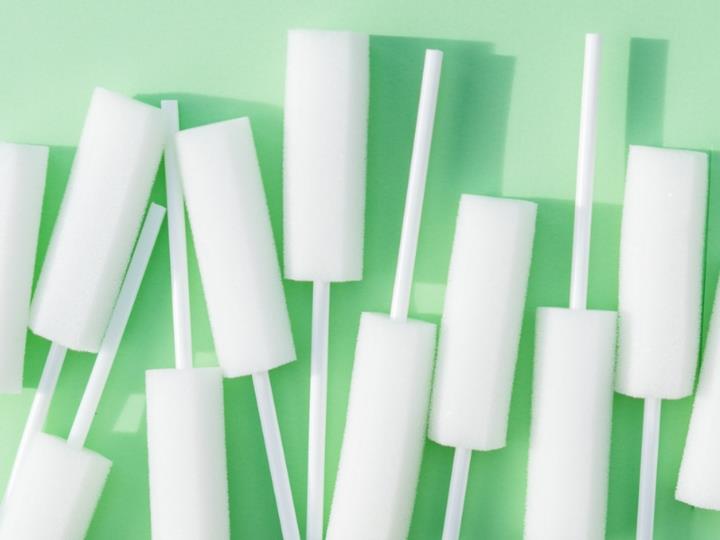 THE Come&Gone website is not for the prudish. It features a baked confection being filled with cream — then being cleaned with a sponge on a stick.

The symbolism is bald. After all, this is demonstrating how the Come&Gone post-sex clean-up aid, which promises to ‘prevent the mess in a quick and efficient manner’, works.

Created by Californian femtech entrepreneur Frances Tang, it is the answer to a personal issue she was frustrated by — post-coital mess. And she’s not alone. ‘Many women felt too embarrassed to talk about it,’ says Tang. ‘But I’m the one friend who lacks a filter.’

Detractors note the product, which comes in packs of ten for £7.80, isn’t eco-friendly given it is single-use plastic but Tang is working on a biodegradable version.

And what’s her reply to those who say Come&Gone is just gross?

‘It’s totally OK,’ she says. ‘I have had a number of people tell me they don’t like it, they don’t think there is a market for it and ask why it’s even necessary. Not everything is for everyone. But the number of kind emails and DMs I’ve had makes it all worth it…’

While the jury is out on whether this is an essential item, its very existence is proof there are fewer taboos about our bodies.

‘I wanted to open up the conversation around these topics because there is no reason to feel ashamed about something so common,’ says Tang.