A ‘PLANE mad’ five-year-old inspired after meeting RAF personnel has donned a flight suit and climbed a mountain to raise money for injured pilots.

Pint-sized captain in the making Jacob Newson conquered the 694-metre (2,277ft) Pen-y-Ghent mountain, one of the tallest peaks in Yorkshire, with his ex-forces veteran dad Andrew.

The youngster, who has been obsessed with jets since he was tiny, raised more than £6,000 for the RAF Benevolent Fund, a charity that provides financial and emotional support to injured pilots and their families.

Dressed in his beloved flight suit, Jacob reached the peak in just over an hour and a half on August 27 and completed the whole circuit in around four and a half hours.

Proud dad Andrew, 51, said: ‘It was brilliant. He was still running when he made it to the top.

‘I was planning to walk up to the top with him and carry him back down, but he didn’t need me to, he managed on his own.

‘When we were climbing, a couple of people stopped to ask what we were doing and when we explained, they donated cash to the fund on the spot.

‘When we got to the top, there were a few people waiting for him and cheered and clapped him.’ 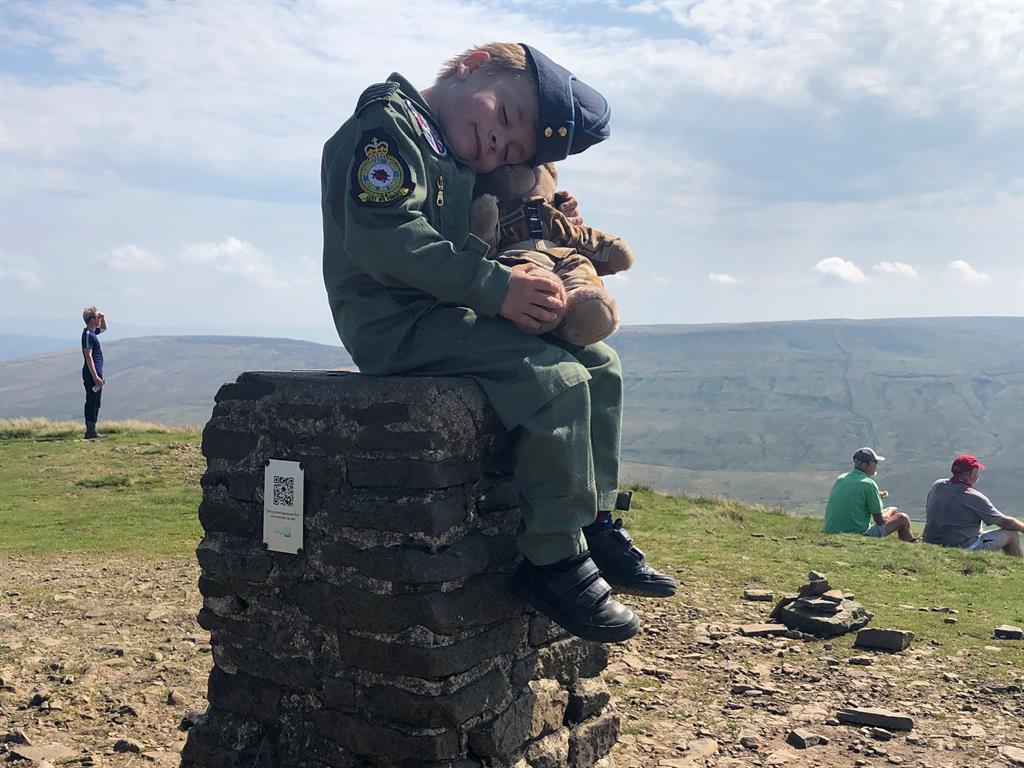 Jacob was inspired to complete the trek after being made a special guest at the world’s biggest military air show.

Red Arrows pilots ‘made his dreams come true’ at the Royal International Air Tattoo (RIAT), the world’s largest display of military jets, by lining up and saluting him on the runway.

The family, from Leeds, travelled to RAF Fairford in Gloucestershire for the annual event over the weekend of July 19-21 and were ‘blown away’ by the fuss that was made of little Jacob when they arrived.

Andrew contacted the RAF on social media ahead of the event to say Jacob had been practising his marching and salute all week and would appreciate it if people ‘returned’ the gesture as they walked past him.

Andrew said: ‘When we got there they took us to the runway and the Red Arrows all lined up and spoke to Jacob.

‘They all lined up in order of their rank and saluted him and then he went along the line high-fiving them all.

‘It made his day, it was a dream come true for him. He was blown away by it.’

Andrew and partner Andrea decided they wanted to make a donation to the RAF Benevolent Fund, which was set up in 1919 to help pilots and their families who had been injured or killed in action, to thank the heroes for their gesture.

But Andrew, himself an armed forces veteran who served in Iraq, Bosnia and Kosovo, decided to raise funds through donations by taking on the 6.6-mile trek with Jacob.

Andrew, whose father was in the merchant navy and grandfather fought in WWI, said Jacob has been ‘mad about planes’ since before he was even born.

He added: ‘We went to RAF Waddington in 2013 before Jacob was born and my partner, who was pregnant with Jacob at the time, said he was noticeably kicking during a Vulcan display.

‘We got him a replica flying suit and took him to his first air show when he was nine months old.

‘If anyone says to him, what do you want to do when you’re older, he says he wants to be a pilot in the RAF.

‘We’ll support him in whatever he wants to do, but he’s just enjoying what he’s doing at the moment so we’re going with it.’

The trek has raised more than £6,000 for the RAF Benevolent Fund through sponsorship and a JustGiving page set up for donations will stay open until the end of September.

Aaron Tillyer, regional fundraiser at the RAF Benevolent Fund, said: ‘It’s truly heart-warming to see Andy and Jacob mirroring the generosity shown to them at RIAT by choosing to fundraise for the charity that exists to support the whole of the RAF family.

‘This is particularly important this year, as 2019 marks the RAF Benevolent Fund’s 100th anniversary. 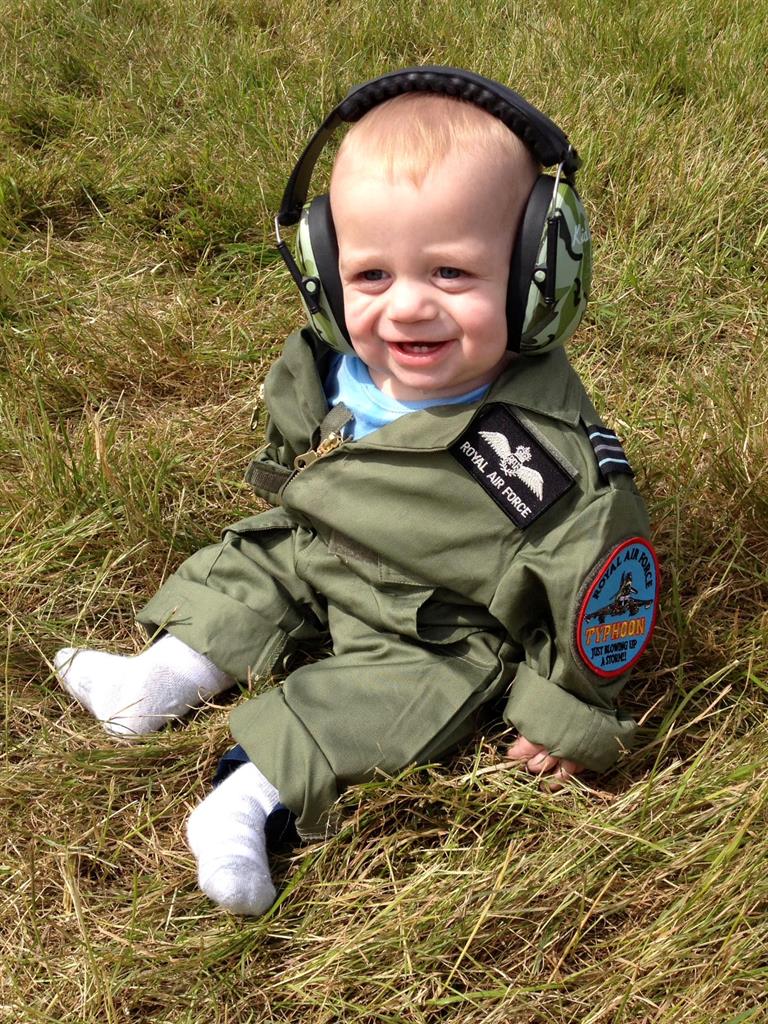 ‘We’ve launched a three-year project to double the number of people we support annually to mark the occasion, but this wouldn’t be possible without people like Andy and Jacob.’