JAMES BOND has become the latest coronavirus casualty after his new £200million movie was put on hold.

No Time To Die, starring Daniel Craig as 007, has been delayed by seven months until November amid fears over the spread of Covid-19 in crowds.

It came as UK cases rose from 51 to 87 — the biggest overnight leap so far — and major firms shut down offices over concerns that staff risked infection.

Workers were sent home by Sony in London, Apple in Belfast and Nike in Sunderland, where a Hazmat team was brought in to carry out a deep clean.

Meanwhile, Boris Johnson promised that employees who self-isolate over virus fears will be made eligible for statutory sick pay from their first day off rather than their fourth.

He said the emergency legislation will ensure they are not punished for trying to protect others. And he vowed to ‘urgently review’ arrangements for millions of zero-hours or self-employed workers who don’t get statutory sick pay.

Among the latest UK virus patients are four health service workers, including a woman in her 30s from Cumbria who caught it during a family trip to Italy. 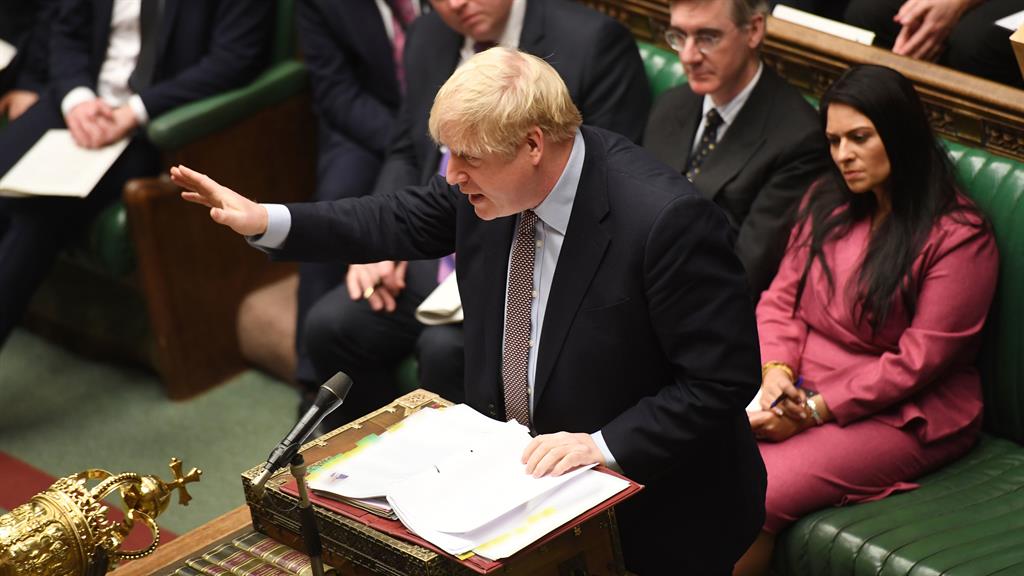 Five of the 36 people newly diagnosed picked up Covid-19 here — fuelling fears of much more widespread infection in the coming days and months.

Auditing giant Deloitte revealed one of its employees had tested positive.

And next week’s London Book Fair was axed after many publishers said they would stay away from the event that typically attracts about 25,000 visitors.

A 33-year-old British woman from London has been diagnosed in Senegal with the virus, which has now infected more than 94,000 people worldwide, with more than 3,200 deaths.

Severely affected Italy announced yesterday all schools and universities will shut for the next two weeks.

All sporting events in the country, including Six Nations rugby matches, will be played behind closed doors.

As commuters on London’s Tube were pictured taking DIY defence measures with bags and boxes on their heads, the release of No Time To Die was delayed worldwide until November.

It had been due to hit British cinemas on April 3 but two 007 fan websites had urged bosses to react to virus concerns.

The release date here has been moved to November 12, with launches following later in the rest of the world.

A statement on the official James Bond Twitter account said the decision had been taken ‘after careful consideration and thorough evaluation of the global theatrical marketplace’.

On sick pay, the government said staff who earn less than the £118 a week required to qualify will be able to claim Universal Credit instead if they have to self-isolate. And the five-week wait that people face for their first payments of the benefit will also be reviewed in the light of the crisis.

Mr Johnson (pictured above) told MPs people who enter self-isolation are ‘helping to protect all of us by slowing the spread of the virus’.

He added: ‘The health secretary will bring forward, as part of our emergency coronavirus legislation, measures to allow the payment of statutory sick pay from the very first day you are sick, instead of four days, and I think that’s the right way forward.

‘Nobody should be penalised for doing the right thing.’

He said he was ‘very much aware’ that self-employed and gig economy workers risked being out of pocket, adding that ministers were ‘urgently looking’ at the benefits application system.

Laura Gardiner, of the Resolution Foundation think tank, said: ‘It shouldn’t take a pandemic to prompt this.’