BRENTFORD gave their Griffin Park home the perfect send-off last night as they beat Swansea 3-1, for a 3-2 aggregate win, and a place in the Championship play-off final.

Goals from Ollie Watkins, Emiliano Marcondes and Bryan Mbeumo gave the Bees a dream result and they will play Fulham or Cardiff in next week’s final, where a win will see them into the top flight for the first time since 1947. 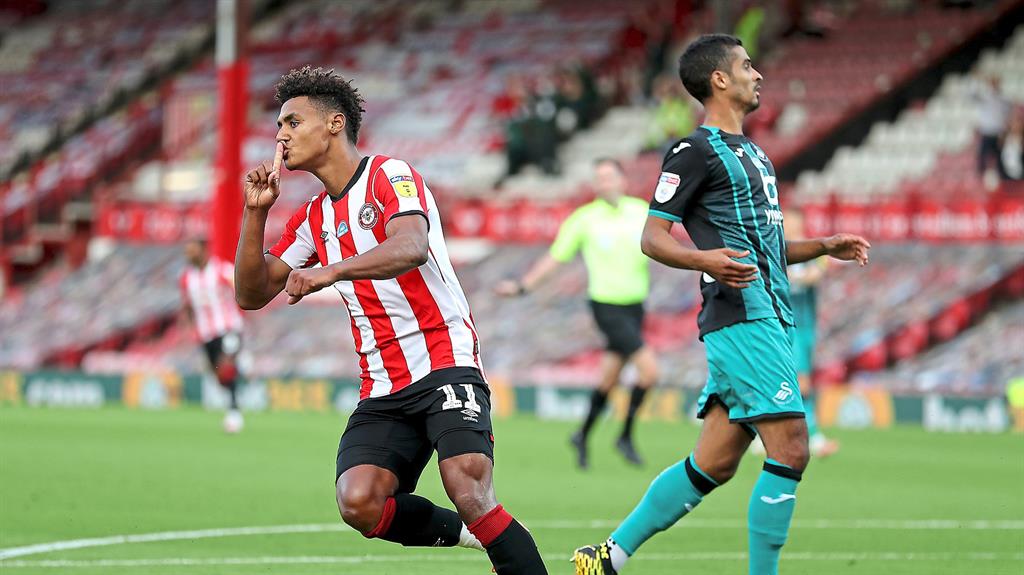 Brentford lost their last two games of the regular season, and the first leg of this tie, but they were impressive here and after 11 minutes, Mathias Jensen’s through ball picked out Watkins, who fired into the net. Four minutes later, Said Benrahma crossed for Marcondes to head in.

Benrahma struck a post soon after, while Swansea’s Conor Gallagher had an effort saved by David Raya. And just after the break, Rico Henry picked out Mbeumo to turn home.

Bees captain Pontus Jansson messed up his clearance with 12 minutes left and Rhian Brewster chipped a goal back. But Brentford held on and are going to Wembley.