A NEW survey has revealed that many Brits — 49 per cent of 35 to 44-year-olds, in fact — place more importance on owning a home than they do on being in good health. According to the Property Perception Survey by developer Bellway, one in three Brits classifies owning a home as a top priority — over starting a family.

Those surveyed believed that they would be able to purchase their first property at the average age of 32, yet 1.4million first-time buyers didn’t do so until they were 40.

And while 54 per cent have no one to help them raise a deposit, only a third are prepared to sacrifice nights out or holidays in order to save.

The findings also revealed that seven million would-be buyers don’t see themselves owning a house, while more than three million expect that their finances will only stretch to buying a one-bedroom flat over the next five years. These expectations are partially fuelled by the many misconceptions surrounding home ownership, which the report has highlighted.

One in five people think they need to be earning at least £70,000 to buy a one-bed home in London, and the average monthly outgoings involved in buying a £300,000 flat were estimated to be £3,554. In reality, affordable home-ownership schemes, such as the Help to Buy equity loan, enable people on far lower salaries to take their first step on to the housing ladder. This initiative provides a loan of up to 20 per cent (doubled to 40 per cent in London) of the purchase price of selected new builds costing up to £600,000.

Buyers have to put down a minimum five per cent deposit, and the loan means that they’ll only need to find a 75 per cent mortgage — or 55 per cent in London — so can access better interest rates than when borrowing a higher proportion of the purchase price.

Bellway has crunched the numbers and worked out that the estimated monthly mortgage payment when buying a £300,000 property using London Help to Buy is £655 — less than what many would-be owners are currently paying in rent.

‘It is surprising that many think you need a salary in excess of £70,000 in order to purchase a home when with Help to Buy you can in fact get a mortgage in London with a joint salary for £39,500, depending on certain circumstances,’ says Emma Denton, sales director designate at Bellway Homes Thames Gateway.

One such buyer is Emma Robson, senior events manager at The Old Vic theatre, who owns a one-bed flat at Pocket’s Mountearl Gardens in Streatham. ‘I was coming to terms with the possibility that I’d be renting for a good number of years as I’d spoken to the bank and realised that a mortgage wasn’t going to happen,’ says Emma, 29. ‘I investigated shared ownership but wanted to own my home outright, then I read about Pocket, which was offering Help to Buy equity loans. I signed up for email alerts, completed the detailed application form, and once accepted I visited the show flat which, although small, was perfectly formed.

‘I liked the fact that Pocket arranged drinks for all the residents before we moved in as it was a good chance to meet my neighbours, who are very friendly and all in the same boat.’

Pocket Living specialises in starter homes in areas where first-time buyers want to live. The average salary of a Pocket buyer is £42,000. ‘Our mission is to give hard-working young Londoners, those priced out of the housing market but who don’t qualify for social housing, a route into homeownership,’ says sales director Lucian Smithers.

‘We do this by innovating on every level; from price, to design, to construction. Always priced at least twenty per cent cheaper than the surrounding market rate and many available with Help To Buy our Pocket homes are made to help young, middle-earning Londoners to buy their first home.’ 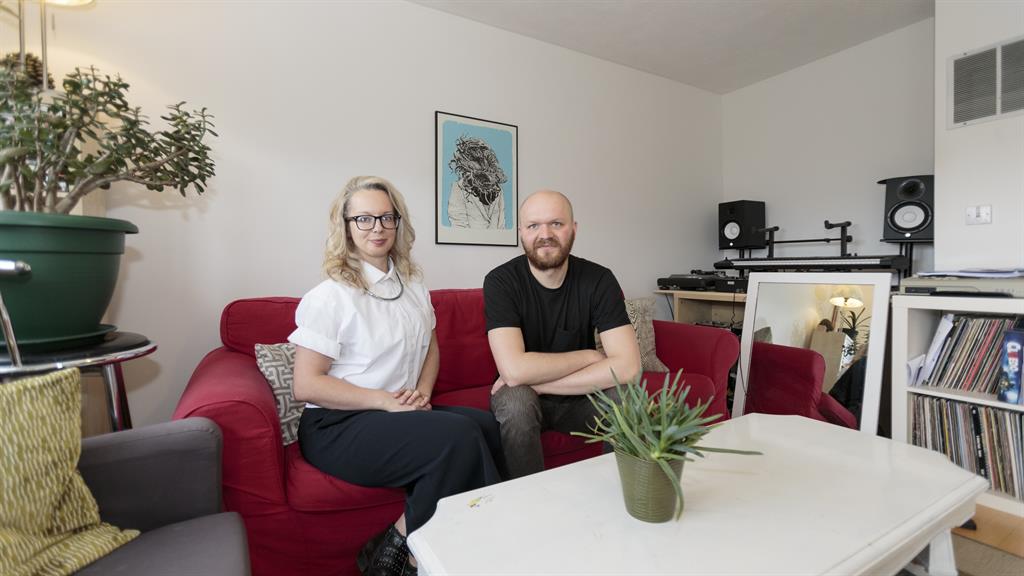 ‘I am so excited about moving in’

Sylwia Szyszka, a 38-year old graphic designer, and her partner Michal Tomczak, who is 36 and works for an events company, have a combined income close to £50,000 but didn’t think they would be able to afford to buy.

However, they’re now waiting to move into a two-bed apartment at Bellway’s Caspian Wharf in Barking Riverside, which cost £314,000. They clinched it with a five per cent deposit, and a 40 per cent London Help to Buy loan of £125,600 so will require a mortgage on £172,700, which works out at less than £700 per month.

‘I have always wanted to own my place but never thought I could afford a home, especially in London because it is so expensive,’ says Sylwia.

‘With Help to Buy we were able to get a mortgage and I am so excited about moving in this summer.’