UNLIKE a typical student, while her friends were out partying, Jade Vanriel was busy saving as much as she could. She’d been working since she was 16, and had part-time jobs while at university in Birmingham, all with the goal of being able to buy her own home.

Her determination paid off as just two years after graduating, she’d saved enough to step on to the property ladder at the age of 23.

‘I sacrificed a lot of socialising and went straight into work rather than pursuing a career in law, which I’d studied,’ she says. ‘I was also able to live with my aunt in Enfield as I didn’t want to waste money on rent.’ 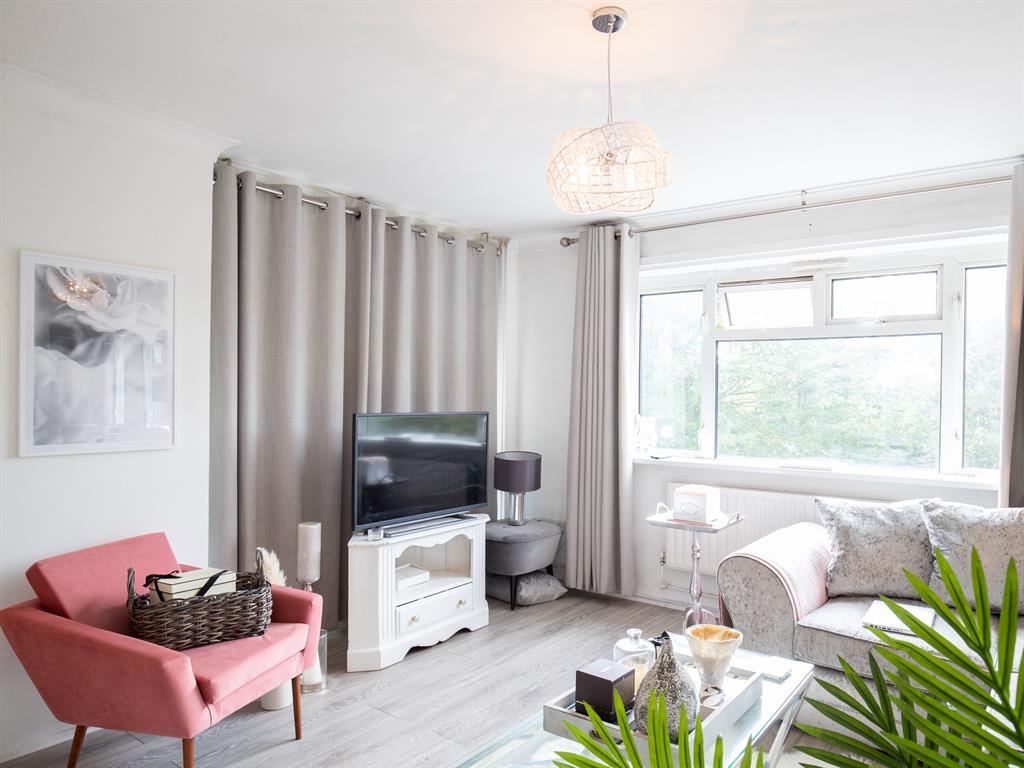 Jade was brought up in London, but her attachment to the city had waned once she’d moved away. ‘I knew I couldn’t afford London but did my research and realised that the best step would be to buy somewhere in Essex or Hertfordshire with good transport links,’ she explains.

Once she thought she had enough saved for a deposit, she made an appointment with a mortgage broker to find out how much she’d be able to borrow, then started her property search in earnest.

‘Every weekend became a viewing weekend and I saw a lot of different flats, but there was often something wrong with them.

‘I was after something that I could transform and make my own, and when I saw an ugly two-bed ex-local authority flat in Harlow I could see myself living there. The space was great — every room was bigger than expected, both bedrooms were doubles and it had a balcony. The bad news was that eight other people were viewing it that day, so I had to put in an offer immediately to stand a chance of buying it.

Luck was on my side as my offer was accepted. I wasn’t the highest bidder but the vendor chose me as I was fully prepared with a mortgage-in-principle agreed.’

Even a delay in moving in worked to Jade’s advantage. ‘I expected to be in the flat in a couple of months but it had been rented out and the tenants needed more time to find somewhere to move to. However, this gave me more time to save,’ she says.

Once in, it took her about a year to decorate the flat. ‘My budget was very small and everything needed doing. I changed the doors on the kitchen cabinets and painted the wooden worktops, and had to live with concrete floors for months once I’d taken up the smelly carpet.’

So what’s Jade’s advice for aspiring homeowners hoping to get on the ladder as soon as possible? ‘Always oversave if you can. As well as a deposit, you’ll have other things to pay for, so investigate other costs such as how much solicitors charge, and valuation fees. Don’t be set on a specific location, but research different areas, look at future plans and remember you won’t have to be there forever. And consider schemes such as Help to Buy and shared ownership.’

Three-and-a-half years on, Jade’s built up a sizeable following on her YouTube Channel, where she shared her story about buying her home — which went viral — and videos on her renovations, DIY projects, purchasing tips and videos on how to save.

She’s accumulated a decent amount of equity in her flat, and is busy saving once again. ‘My five-year plan is to move on to a house, but I would like to keep this flat, she says. ‘And I do go out and have fun these days — there’s much more of a balance!’