A POSTMAN had a lucky escape when his Royal Mail van was almost swept away after he got stranded in a flooded ford.

Dramatic pictures show the red van stuck in the middle of the river, which had swelled following days of heavy rain and snow.

Firefighters, paramedics and a mountain rescue team dashed to the ford near Coldgate Mill in Northumberland, just before 6pm on Monday.

The postman had managed to scramble out of his van as it filled with water and was spotted sitting on the roof.

Crews spent almost two-and-a-half hours laying an extendable ladder from the riverbank to the van.

A rescuer used the ladder to reach the exhausted postie who was then helped onto a boat which was hauled to the side of the river. 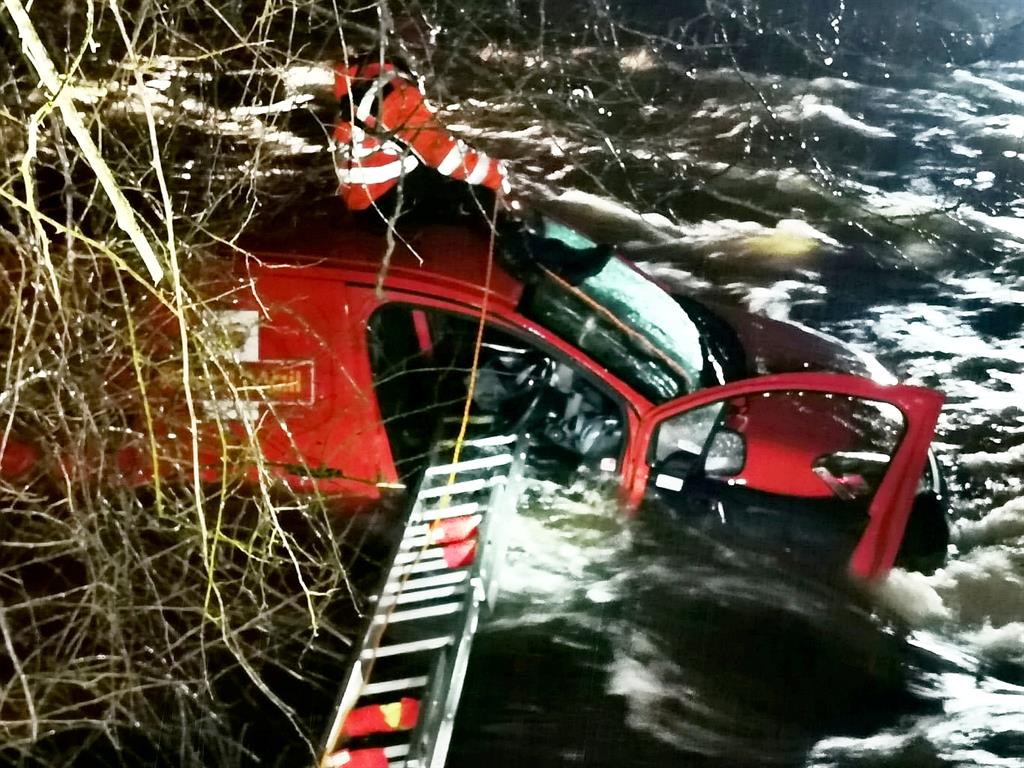 A North East Ambulance Service spokeswoman said: ‘We received a call at 5.57pm to reports of a male stuck in the water on top of a vehicle at Coldgate Mill, in Wooler, on Monday evening.

‘We sent four hazardous area response teams, an officer and two other resources, who teamed up with police, fire service and mountain rescue to rescue the man.

‘Once rescued, he was treated at the scene and did not require transportation to hospital.’

A witness, who lives opposite the ford where the rescue took place, said: ‘The ford was swollen after all the snow melted from the nearby hills.

‘It’s usually not so bad, but on Monday it was waist high. The poor postie mustn’t have realised and just gone straight through it.