A FIREFIGHTER set a dramatic scene when he faked a blaze in his own house to propose to his college sweetheart.

Zach Steele, 30, sent his girlfriend Maddison Ridgik, also 30, into a panic when their attic appeared to go on fire in the midst of a family holiday party.

The fireman, of Ventura, California, had sneakily placed six remote-operated smoke machines in the attic before disappearing to pick up groceries Maddison had forgotten at the store.

But instead of driving to the grocery store, Zach raced to Ventura County Fire Station, where his firefighter pal Brian Mulvehill had roped his colleagues into the elaborate rouse. 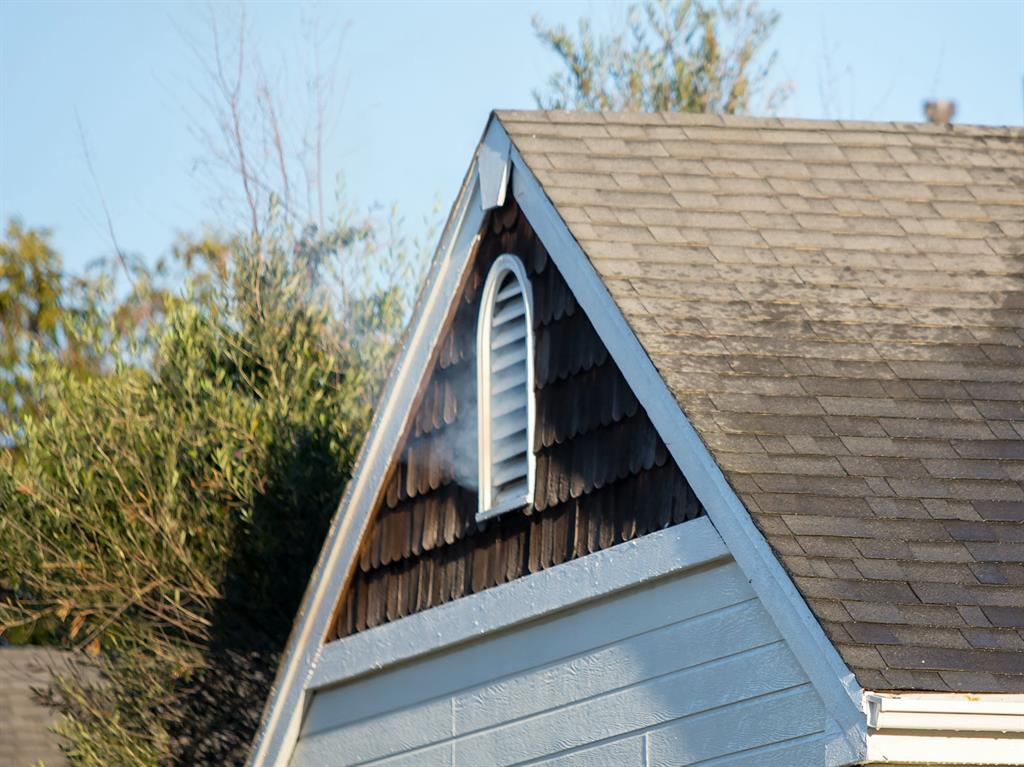 The firefighters hopped onto the rig just as Maddison’s stepdad Johnny Jenson flicked on the smoke machines and urged the party goers to evacuate the building.

As the fire truck turned the corner, Zach immediately saw Maddison, a teacher, panicking on the lawn as smoke dramatically billowed out of the two-story home.

The fireman approached Maddison from behind before removing his gear and dropping to one knee to ask the all-important question.

Zach said: ‘When we got there, Maddison’s stepdad Johnny was pretending to put out the fire with a hose.

‘There was way too much smoke, it was crazy. It filled up the attic and the entire garage.

‘Everyone was in the front yard and I could see Maddison was on the phone panicking.

‘I had seven missed calls.

‘All the other guys hopped out but I stayed in the engine for about a minute.

‘I could see her back to me as I approached, but I had my mask on so she didn’t recognize me. 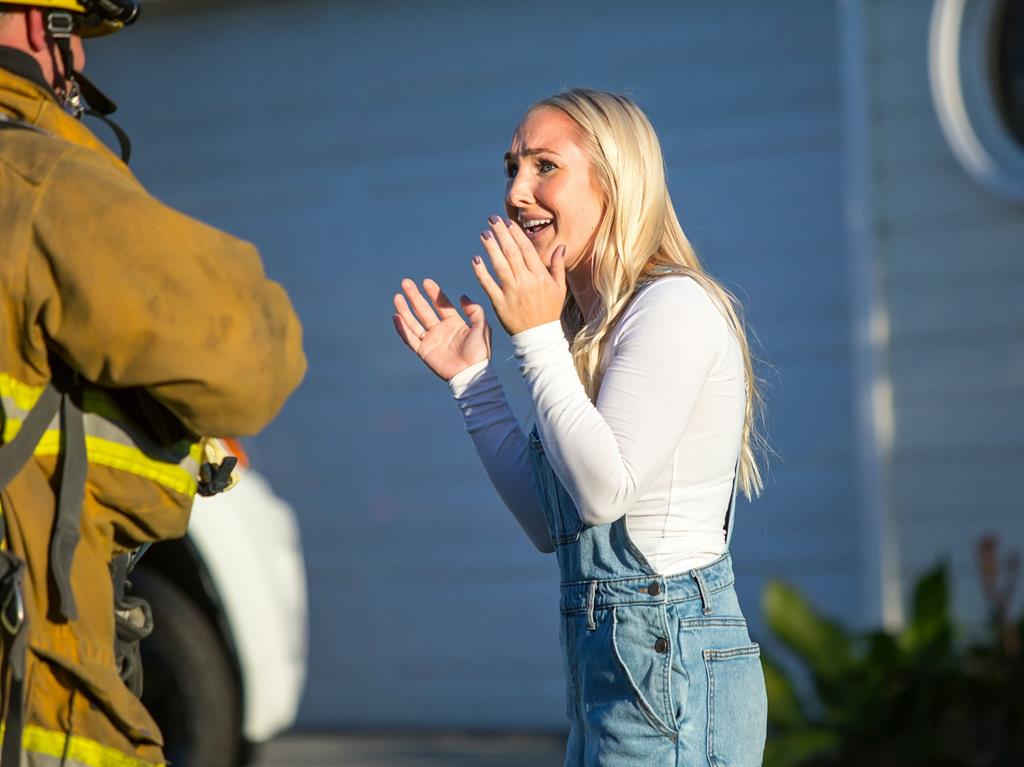 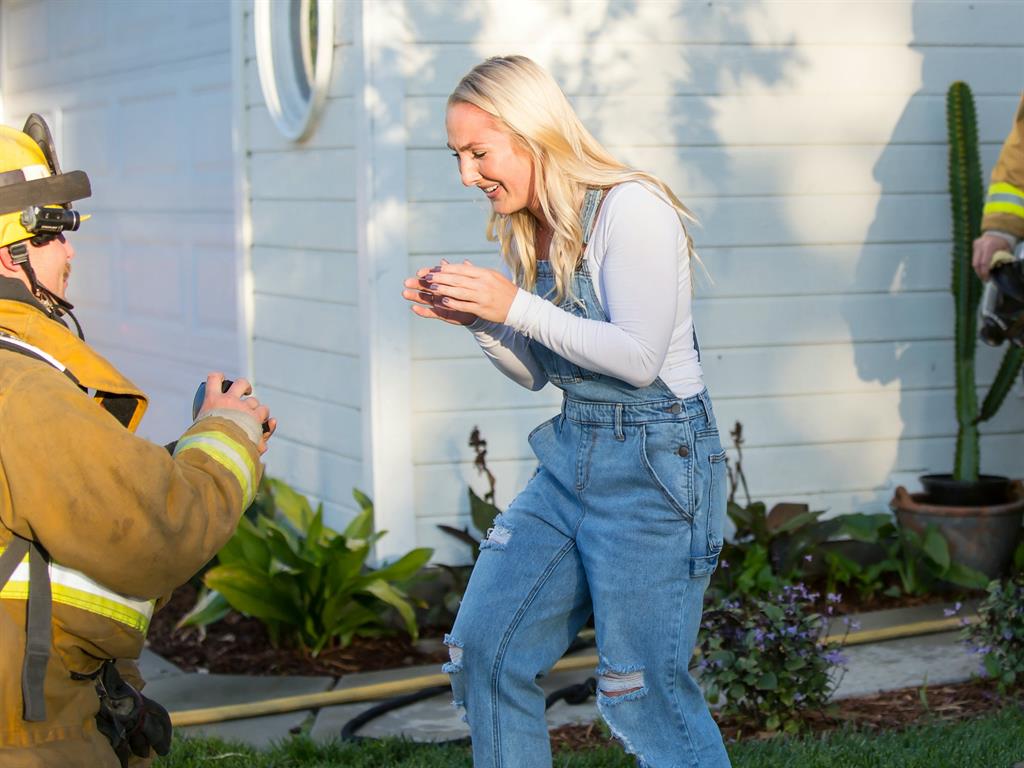 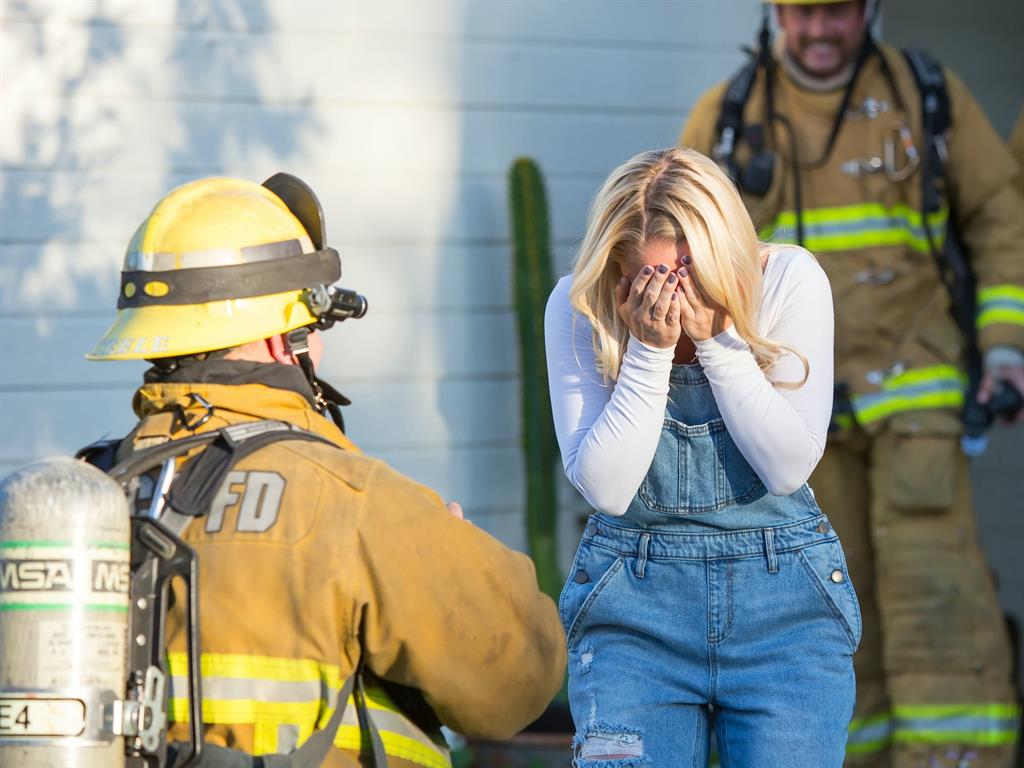 ‘When I grabbed her waist, she spun around and I took off my mask.

‘She had a look of pure shock and confusion on her face.

‘Her hands were shaking as she tried to figure it all out.

‘She turned away from me and she she turned back around I was on one knee.

‘I asked her to marry me and, thank God, she said yes.’

Maddison added: ‘A group of us were standing in the kitchen enjoying a glass of wine and some hors d’oeuvres when my stepdad came in to the room and frantically told us we had to get out.

‘I grabbed the dogs and went out front, when we got out there there was smoke coming out of all the vents from the attic. 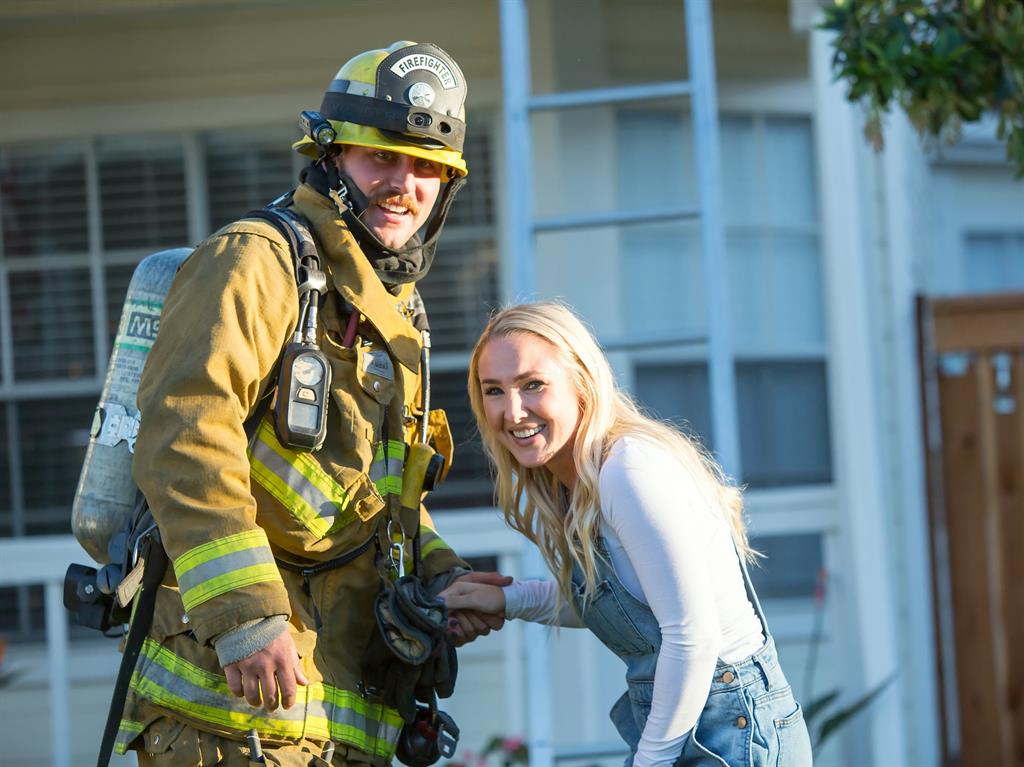 ‘I started to cry the moment I saw the firefighters jump out of the truck with their gear.

‘When Zach walked up to me he had his mask on so I really couldn’t tell.

‘He then took his mask off and walked me into the middle of the yard.

‘I was so confused and I honestly could not sort through my emotions enough to really comprehend what was happening.

‘When he got down on one knee I was so emotional

‘I was still shaking and crying yet so excited. It was truly the best, most indescribable moment of my life.

Zach said the dramatic proposal took months to plan, and would have been impossible without Maddison’s stepdad Johnny who put his acting skills to the test and his mum, Katherine Startzman, who pretended to call 911.

Maddison said she was too distraught to analyse the reactions of her guests at the Thanksgiving party on November 25.

Maddison said: ‘Everyone around me was very convincing.

‘My mum was the only person there that did not know what was going on so she was just as panicked and upset as I was and she seemed to be the one I was standing with and talking to the most.

‘I also was so upset that I was not even in the mindset to tap into other people’s behaviors or reaction.

Zach added: ‘I couldn’t have done this without Johnny, he was great.

‘And of course my friend Brian and his colleagues at Ventura Fire County Department.’

The couple will wed on March 30, but insist their nuptials will be much less dramatic than the blazing proposal.

Maddison said: ‘We have been together seven-and-a-half years and I have been dreaming of this day since the first day I met Zach.

‘I am so excited to have our friends and family there to celebrate our special day with us.

Zach added: ‘I’m not planning any pranks or surprises for our wedding. It will be much less drama.’ 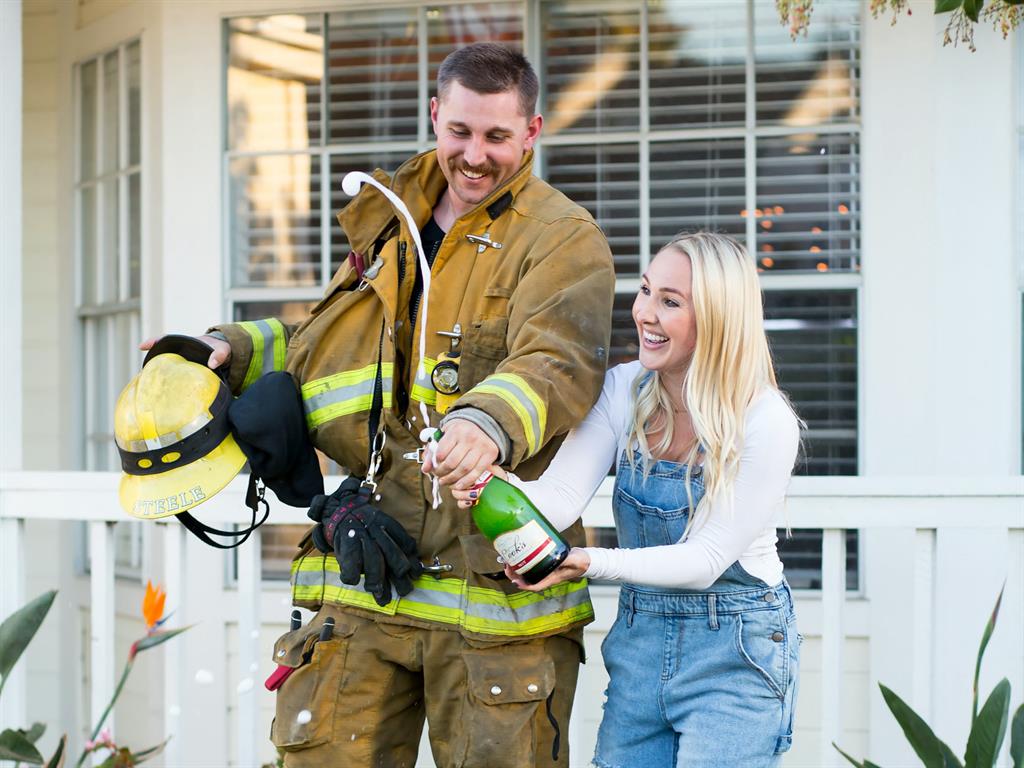