THE thought of yet another Transformers film is arguably as welcome as getting stuck on the motorway during the Christmas rush home. The Hasbro toys have inspired five increasingly carnage-fuelled CG-driven robot adventures from director Michael Bay, so loud and obnoxious they left your teeth juddering.

It is fair to say that, in critical quarters, hopes were not high for Bumblebee, a 1980s-set prequel. But with Bay stepping down and incoming director Travis Knight (Kubo And The Two Strings) taking charge, it turns out to be a surprisingly entertaining romp that sacrifices robot-led chaos for old-school character development.

A prologue sees Autobots leader Optimus Prime (voiced, as ever, by the sonorous Peter Cullen) send yellow soldier B-127 to Earth to establish a potential base away from the evil Decepticons. Unfortunately, he lands right in the middle of a military exercise, almost coming a cropper at the hands of John Cena’s soldier.

Meanwhile, about-to-turn-18 tomboy Charlie Watson (True Grit’s Hailee Steinfeld, thoroughly believable) comes across a rundown VW Beetle in a local scrapyard. No prizes for guessing this is B-127 in disguise. When Charlie discovers this is a car that can flip into a robot in seconds, she starts to bond with her new friend, naming him ‘Bumblebee’.

The film soon becomes Knight’s take on Steven Spielberg’s ET — not least in the scene when Bumblebee causes chaos in the family home — but it never feels like a rip-off.

And set as it is in 1987, Knight goes to town on the pop culture references — everything from TV show Alf to The Breakfast Club to a soundtrack of The Smiths, A-ha and Duran Duran.

Treading a careful line between nostalgia and humour, the director delivers the sort of movie the fans of the toys, comics and cartoons have always wanted. This is a sweetly funny film typified by the relationship between Charlie and local lad Memo (Jorge Lendeborg Jr), who keeps trying to pluck up the courage to ask her out.

Backed up by some terrific visual effects, which crucially never overwhelm, the performances are also credible. When Steinfeld looks at Bumblebee, you believe her attachment to him. Now if only Michael Bay had tried that. Out Boxing Day

The quietest and most watchable Transformers movie yet

The original 1973 prison break hit starred Steve McQueen and Dustin Hoffman and that superior star wattage, perhaps inevitably, outshines anything on offer in this unnecessary remake. Which is not to say that new-generation leads Charlie Hunnam and Rami Malek don’t give it their all.

Hunnam lost 35lbs to play ‘Papi’, a sexy, tattooed jewel thief in 1930s Paris who is framed for murder and sent to a penal colony in French Guiana. He vows to escape, with the aid of funds secured by bodyguarding a fellow, weaker prisoner (a speccy Malek). With a release presumably timed to ride Malek’s popularity wave as Freddie Mercury in Bohemian Rhapsody, it’s a shame his is the least developed character. Both men put in good work but their bromance never convincingly ignites in this solid but anonymous effort by Danish director Michael Noer. Still, these 133 gruelling minutes of horrific prison violence certainly knock the ‘hell’ of last-minute Christmas shopping into perspective. LARUSHKA IVAN-ZADEH

The lurid case of Lizzie Borden gets raked over in this arty take from Craig William Macneill. Chloë Sevigny is the title character, a New Englander who, in 1892, was tried and acquitted of murdering her father and stepmother with an axe.

In only his second movie after 2015’s disturbing tale of a nine-year-old sociopath The Boy, Macneill takes an enigmatic approach with a story that begins with the bloody aftermath then circles back six months when the household was joined by a new maid, Bridget.

Kristen Stewart’s Bridget is our viewfinder on to this dysfunctional clan. As she and Lizzie get closer, with her educated mistress teaching her to read, feelings blossom in a strict household where Macneill hints at abuse inside the Borden family.

Retelling the story from the female perspective, it’s rather sterile at times, hampered by flaccid pacing. But Sevigny is unforgettable as Borden. She’s often been attracted to difficult projects, from American Psycho to Boys Don’t Cry, but this takes it to another level.

You won’t forget the murder scene in a hurry, that’s for sure. 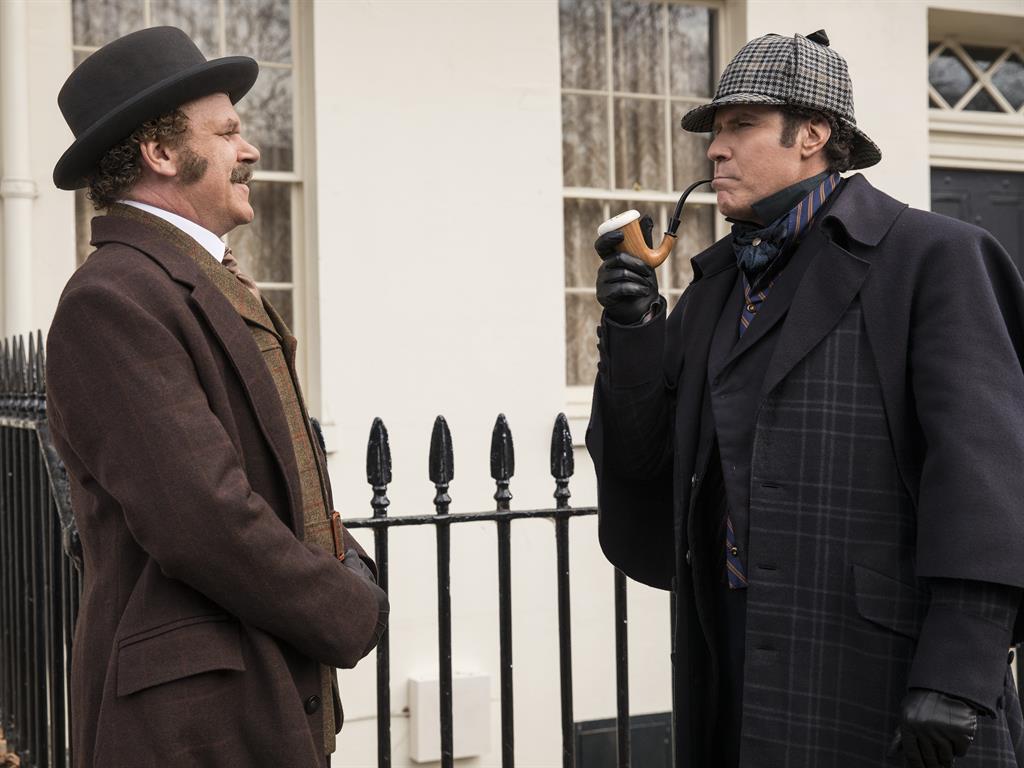 Will Ferrell sports the deerstalker, with the ever-reliable John C Reilly his sidekick in this knockabout mystery/comedy — the main mystery being that there were no press screenings so we can’t tell you if it’s any funnier than the trailer. Out Boxing Day

Bollywood megastar Shah Rukh Khan’s latest film is a romantic drama starring himself as Bauua, a short, thirtysomething who struggles to find a wife. He finally hitches himself to a Nasa scientist with cerebral palsy (Anushka Sharma) only to have his fidelity tested by a Bollywood star (Katrina Kaif). Out Friday 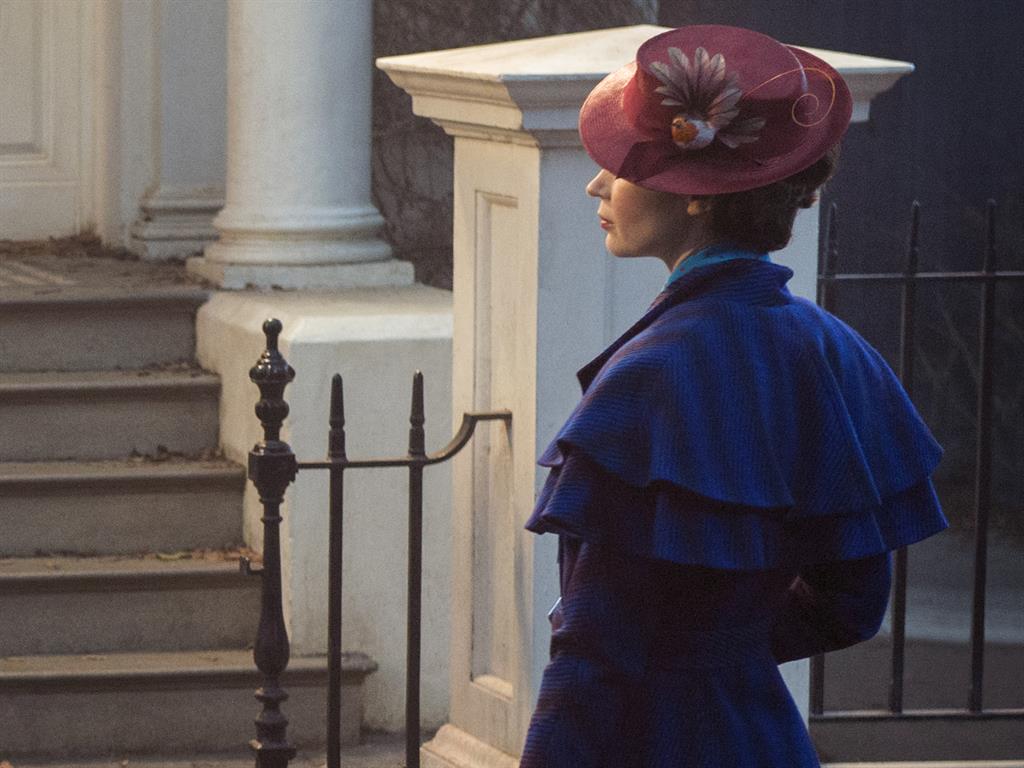 It’s 25 years after the Julie Andrews 1964 original, and the now-grown-up Banks siblings (played by Ben Whishaw and Emily Mortimer) are still in need of a spoonful of sugar, this time to sweeten their impending house foreclosure. Enter the magical Emily Blunt and her cockernee lamplighter Lin-Manuel Miranda to restore order in a spit-spot-on sequel that’s glorious, tear-soaked and brimful of nostalgia. Out Friday