FROM the director of The Mutant Chronicles comes… something almost bafflingly different. Edie is a heart-warming, Scottish-set, wee-budget dramedy wherein a grumpy old lady climbs a mountain.

That old lady is Sheila Hancock, at 85 so stunning and imperious that if she stared hard enough at a mountain it would surely come to her, rather than the other way round. She’s Edie, one-time wild child who made a bad match and ended up shackled to a domineering invalid who crushed her dreams.

Luckily for her, he pegs it first and, aged 83, Edie is free to do what she wants, which is jump on a train to Inverness to climb Mount Suilven on her ownsome. Given her age, no one thinks this is a good idea so Edie hooks up with a cheeky young guide (Sunshine On Leith’s ever lovable Kevin Guthrie), who intends to make some easy money out of an old dear, only to form one of those unlikely ‘let’s learn life lessons from each other’ friendships.

It’s a commanding performance by Hancock, who by her own account went through a gran’s version of Leonardo DiCaprio in The Revenant to shoot this — freezing rain, sheer drops, bogs, boot camp, snakes, necking Strongbow — all to scale Suilven for real. She’s now the oldest woman to have done so.

The script, by comparison, chooses a far more comfy path. There’s a more muscular film stifled within this uplifting cross-generational comedy but the leads have a lovely chemistry and there are bounteous drone shots of the Highlands to drool over.

A crowd-pleaser on the festival circuit, it’s by no means perfect but any film that inspires 80-year-olds to climb a mountain — or at least believe they still can — can only be a good thing.

Life-affirming crowd-pleaser with an inspiring ‘never too late’ message.

The latest glowing marvel from Irish animation powerhouse (power shed?) Cartoon Saloon (The Secret Of Kells, Song Of The Sea) spirits us away from the realm of Celtic myth to Afghanistan in 2001.

Here, 11-year-old Parvana (voiced by Saara Chaudry), a gutsy girl with huge luminous green eyes, is determined to rescue her father, the only male in her family, who’s been imprisoned by the Taliban. It’s a mission impossible that’s even tougher to accomplish when no female is allowed out in public without a male escort. So Parvana takes the high-risk decision to cut her hair and disguise herself as a boy.

An empowering tale about disempowerment, it’s chock-full of humour, hope, challenging situations and a commendable lack of sugar-coating (note the 12A certificate). Yes, the story-within-a-story device doesn’t work — the action’s finest moments are, in fact, wordless — but it’s still the most thoughtful, sensitively realised, beautifully drawn and affecting animation about children in wartime since 2004’s Grave Of The Fireflies.

YOUNG kids will lap up pretty much anything if it’s moving on a screen but even my Emoji Movie-loving six-year-old admitted to being ‘a bit bored’ by this charm-free family flick.

A tiresomely sassy script is so desperate to be down with da kidz that it fails to invest in what should be at the core of such a movie: the simple, pure love between human and hound. That said, a CGI baby panda (hello, Chinese box office!) is guaranteed to raise an ‘awww!’ every time.

Stanley Tucci, as Max’s sniffy French primper, unwittingly delivers the perfect verdict on this unappetising dog’s breakfast: ‘I cannot polish zee turd but perhaps I can cover it in glitter.’

ALSO OUT THIS WEEK

The Little Vampire (U) 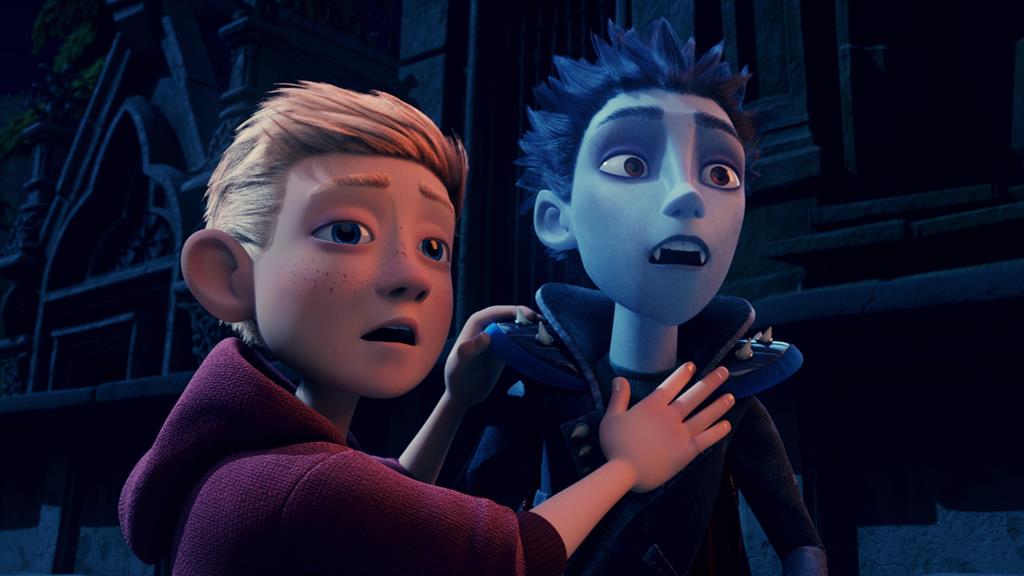 ANGELA SOMMER-BODENBURG’S original books have shifted more than 10 million copies, so it’s fair to say there’s an audience for this animated adaptation of her tale of tweenage vampiredom, which has already been reincarnated as a comic, a TV series, a musical and a live-action feature. 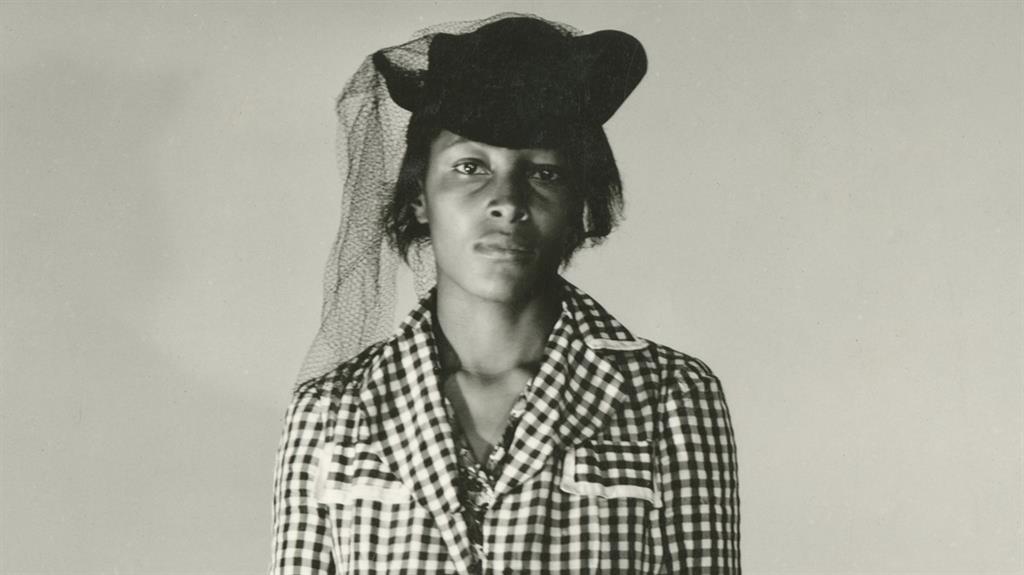 BLACK Panther’s Letitia Wright is an avowed supporter of this timely documentary exploring the legacy of Recy Taylor, a 24-year-old black mother gang-raped by six white men in Alabama in 1944 who had the courage to name her attackers. 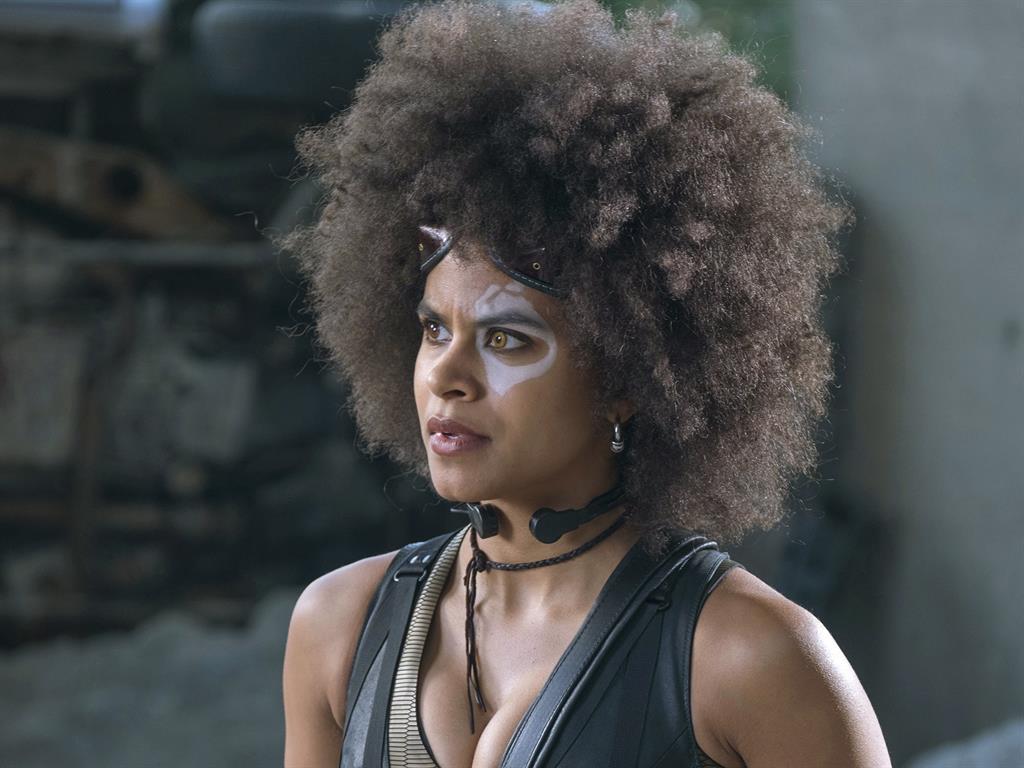 1. Zazie Beetz is her real name. She is half German (on her dad’s side) and grew up in New York.

2. Domino, her Deadpool 2 character, boasts ‘luck’ as her superpower. Beetz says: ‘I definitely believe in coincidence and intuition. Though luck is where hard work meets opportunity, right?’ If she could choose her own superpower it would be ‘fearlessness’.

3. She’d never read a superhero comic before signing up to Deadpool 2 but loves cartoon strip Calvin And Hobbes.

4. The obsessive fan love from comic geeks has begun. ‘I’ve seen a tattoo of myself on someone I don’t know and that’s crazy. It was on their forearm. I was like, wow, I hope I don’t disappoint them!’

5. She’s also in TV series Atlanta, co-starring Solo’s Donald Glover, and wants to do more Deadpool. ‘It’s a unique experience working on a movie like Deadpool 2 — I want to hang out in this world before venturing too far out.

■ Deadpool 2 is in cinemas now