FREAK coincidence or a sign of changing times? For the first time, all three major cinema releases Metro is reviewing this week are directed by women. (Don’t panic — we’re pretty sure Unhinged, the Russell Crowe road-rage thriller, opposite, will offer the testosterone to restore balance.)

Frenchwoman Sarah (Eva Green) has dreamt of being an astronaut since, aged eight, she put a lampshade on her head and pretended to fly to the moon. ‘But my mother said it is not a job for girls,’ she tells journalists. Sarah, however, has defied her mama and is now all set to join an international mission to Mars — but it’s going to be a bumpy ride.

As a single mother herself, she must say goodbye to her beloved seven-year-old daughter, Stella (Zélie Boulant-Lemesle). ‘Who’ll be looking after her?’ another astronaut’s wife asks Sarah, a question notably never put to Sarah’s male colleagues. ‘Her father,’ Sarah replies. Yet no one, including little Stella herself, seems to consider this an adequate response. So while Sarah struggles with her gruelling zero-G training in Russia, she also wrestles with the maternal ties pulling her back to Earth.

Proxima is being framed as the female flipside to Ad Astra, Brad Pitt’s recent glossy sci-fi epic. Both see astronauts prepare to fly to Mars, parental complexes in tow. However, director Alice Winocour’s meditative drama is far more procedural and earthbound, lifted to the stars thanks to a career-best turn by Green.

Few of us will ever go to space but there’s much in Proxima that women in particular will relate to. There’s the casual MeToo chauvinism — Matt Dillon’s American captain jokes at a press launch that Sarah, a top-flight engineer, will be an asset to the team because he hears ‘Frenchwomen make great cooks’. The guilt Sarah feels over leaving her child is enforced in a hundred tiny ways by societal expectation — it’s the infamous work-life balance every parent struggles with.

Meanwhile, re-entering the workplace after months of lockdown is an experience that will feel so otherworldly to many that the office might as well be Mars.

■ Out in cinemas on Friday

Who’d have thought it? You wait ages for one lesbian-themed melodrama set on the British coast and — bam! — you get two in a day.

This genre-bending curiosity, featuring a flame-haired temptress, may be set on the Cornish coast but it couldn’t be further from Poldark. It’s the fag end of the summer holiday season when introverted teenager Ruth (Three Girls Bafta-winner Molly Windsor) joins her boyfriend Tom (Joseph Quinn) for a job in a chalet park. When Ruth spots long hairs on Tom’s clothing and a lipstick smear on the mirror, she suspects he’s secretly having it off with confident, free-spirited co-worker Jade (Stefanie Martini of Prime Suspect 1973). Apparently tormented by jealousy, Ruth’s reality starts to unravel.

■ Out in cinemas and via Curzon Home Cinema on Friday

It’s World War II and no one in her Kent coastal village likes Alice — though the film’s audience will because she’s lovely Gemma Arterton, who looks as pretty as a Seasalt catalogue model. The children call Alice a witch, while adults are rightly suspicious of her private proclivities and her trouser-wearing (a secret lesbian romance with Gugu Mbatha-Raw is revealed in flashbacks). However, when Alice is reluctantly assigned a young London evacuee (an adorable Lucas Bond), her emotional defences are finally breached.

Easy on the eye, Summerland marks an attractive screen debut from Olivier Award-winning British playwright Jessica Swale, who previously worked with Arterton on the West End’s Nell Gwynn. And if Swale is less assured behind the camera, she directs some keenly affecting scenes with dashes of magic to provide a radical period romance inside chocolate-box escapism.

■ Out in cinemas on Friday

ALSO OUT IN CINEMAS 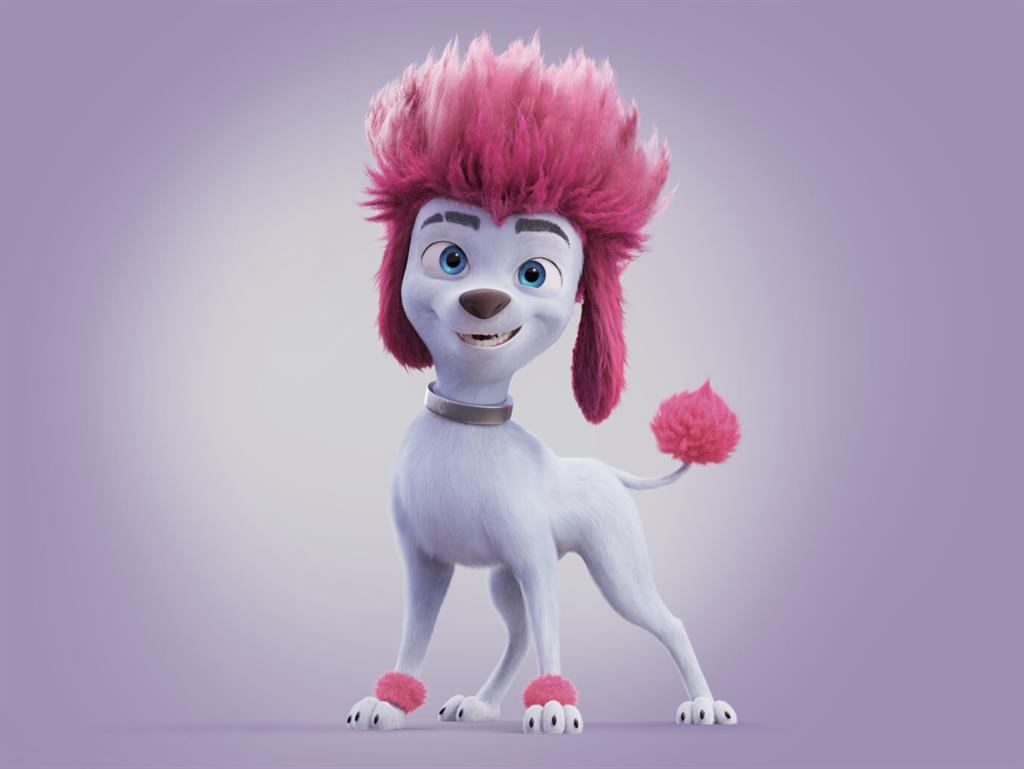 This Australian family animation sees a teenage werewolf attempt to prove he’s 100 per cent fearsome lupine even though, come the full moon, he transforms into a cute little poodle (pictured).

Having held its red-carpet premiere in a car park last week, Break rolls out at drive-ins nationwide. Sam Gittins is a street kid with snooker skills in this rags-to-riches Brit caper co-starring the likes of Jamie Foreman, David Yip and the late Rutger Hauer.

Will Christopher Nolan’s Tenet ever be released? Ahead of its latest rescheduled date (August 26), here’s a guaranteed chance to catch The Dark Knight trilogy creator’s previous brain-twisting thriller on the big screen.

‘Flash! Ah-ahhh! Saviour of the universe!’ A boggling 40 years on, the cult sci-fi classic is back camping it up in cinemas in all its restored Technicolor glory. Also available on Blu-ray, DVD, collector’s edition Steelbook and digital from August 10.