IT’S titled Ford V Ferrari in the US, which is both clearer and catchier. Presumably it’s named Le Mans ’66 on this side of the pond to appease European petrol heads, since this is a tale in which Americans (and a Brit) are, for once, the scrappy underdogs.

A treat for Top Gear fans, it’s a classy Hollywood drama based on a real-life story. Matt Damon is Carroll Shelby, a Formula One champ turned car designer forced out of racing by a heart condition.

Via a historical contrivance that takes a fair while here to play out, Shelby was approached by Ford to build a revolutionary racing car that would trounce the snooty Italian firm of Ferrari at the 1966 Le Mans. Shelby agrees, on condition he can enlist maverick British driver Ken Miles (Christian Bale sporting a fairly maverick Brummie accent). But Ford’s marketing men aren’t fans. ‘Put a Ford-type driver in the Ford car — that’s the Ford way,’ Josh Lucas’s slimeball suit commands Shelby. Boo — evil corporations!

Ironically, for a story about men creating outside the box, it’s pretty formulaic. But there’s a glorious, old-fashioned sense of nostalgia about this hunk of Americana that suggests director James Mangold (Logan, Walk The Line) grew up on the Herbie movies.

And if, at 152 minutes, you’ll want to shove Mangold’s foot off the story brakes, there’s always another full-throttle race scene around the curve to get your adrenaline sparking.

In those days, race cars were essentially bombs on wheels. And the action here keeps you strapped inside the cockpit. It’s like Wacky Races with Semtex as these men (and this is very much a boys’ film) choose to dice with death for the passion of the sport.

Plus there’s the thrill of watching Damon and Bale (I mean, it’s Bourne and Batman!) essentially Butch-Cassidy-and-Sundance-Kidding it on screen together. Together, they unexpectedly deliver the best on-screen man fight since Colin Firth and Hugh Grant in Bridget Jones’s Diary.

To save you from tears, give this a miss

I TRIED to like this romcom. I really did. It’s written by Emma Thompson, who I adore. It’s from Paul Feig, the brilliant director of Bridesmaids and A Simple Favor.

And it’s all wrapped up in a George Michael soundtrack — including the bonus gift of a ‘new’ unreleased track. I mean, come ON!

But from the moment Emilia Clarke meets Henry Golding after a bird poops in her eye, the only one I was rooting for was that bird.Last Christmas is set at Christmas (in case you hadn’t guessed) in a London with more lights than Vegas. Clarke (Game Of Thrones, Me Before You) is Kate, a goofy, sexually promiscuous, self-absorbed 20-something who works in a Christmas shop in Covent Garden and generally mugs her way through life, like Fleabag meets Su Pollard in kinky elf boots. 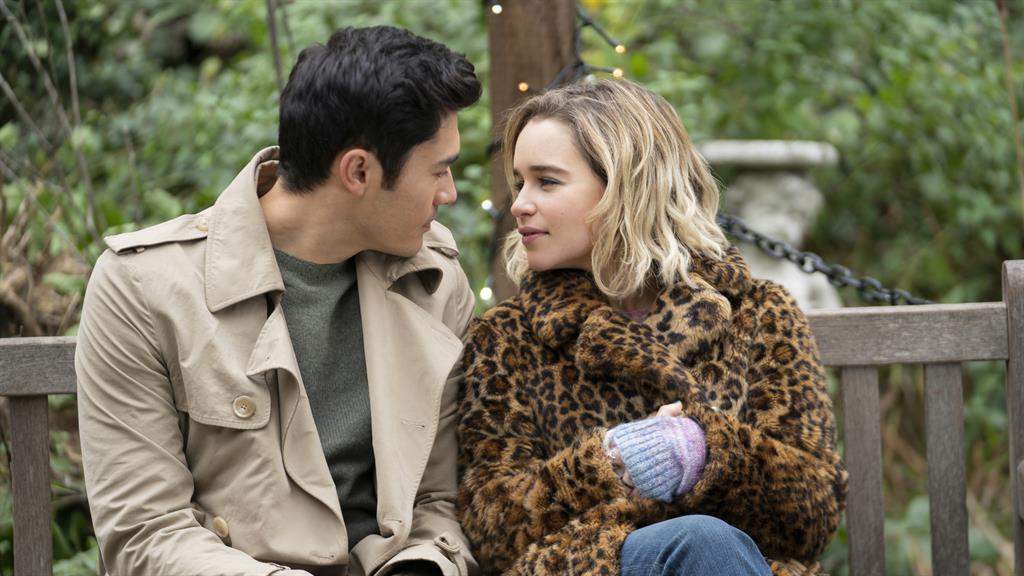 Like Fleabag, Kate has a weirdly sexually unavailable love interest and a more responsible older sister with a professional job.

Kate also has a mysterious medical secret, which is constantly alluded to but not spelt out for plot reasons that should never ever have been revealed, let alone conceived.

And I won’t spoil it for you, even though you can see the ‘twist’ involving Golding’s character hurtling towards you like Rudolph and his nose dive-bombing a chimney.

Go in with doormat-level expectations and you may still enjoy this film just due to the talent involved.

But, at heart, it’s built on a concept so creepy and wrong that I fear George Michael’s spirit is in for a very un-merry Christmas.

PANIC! We’re in a climate emergency! Or how about we don’t panic, grab a deep breath and some (sustainably sourced) popcorn, and cosy ourselves in front of 2040: a documentary designed to deliver anxiety-disarming everyday solutions to saving our planet.

In it, amiable Australian actor/director Damon Gameau (That Sugar Film) sets out to manifest a better future for his four-year-old daughter via a carbon (nearly) neutral world, all made achievable by technologies that exist right now. There are cute graphics and even cuter kids who pop up to offer cute environmental solutions but Gameau is determined to make his film accessible and entertaining for all ages — and he mainly succeeds.

The first hour is by far the strongest, including an eye-opening example of micro-grid solar-power sharing in Bangladesh. A self-declared exercise in ‘fact-based dreaming’ 2040 has a certain naive optimism but couldn’t we all do with a dose of that right now?

DID someone make a diary boo-boo? Because this fun Aussie romzomcom should’ve been the perfect Halloween date movie.

Ideally you’d snog obliviously through the tiresome first 20 minutes, which introduce our supposed hero, Dave (Alexander England), a self-absorbed man-child whose existence revolves around his bong, his former heavy metal band and yelling at his ex-girlfriend. Until, that is, he agrees to accompany his five-year-old nephew (a lovely Diesel La Torraca) on a school trip in an attempt to enter the knickers of kindergarten teacher Miss Caroline (Lupita Nyong’o) — only for things to be disrupted by flesh-eating undead.

There’s cannibal peril, plus Josh Gad is amusing as a sex-addicted kids’ TV presenter. But the reason to see this is Nyong’o. A kind of zombie-killing version of Julie Andrews in a sunny yellow dress (much splattered with brains), the US star proves you can defeat anything with a positive attitude and some ‘Tay Tay on your uke-y’ (that’s Taylor Swift on your ukulele, children).