THIS big-budget sci-fi boasts two Will Smiths for the price of one — but you might want your money back after watching what amounts to a messy misfire. The actor plays Henry Brogan, a hitman on the verge of retirement who discovers someone is trying to kill him. That someone is a younger, cloned version of himself. Brogan must figure out where ‘Junior’ came from and attempt to outwit him — easier said than done when the kid is a faster, more ruthless copy of himself. Cue Smith versus Smith in a variety of dramatic locations. 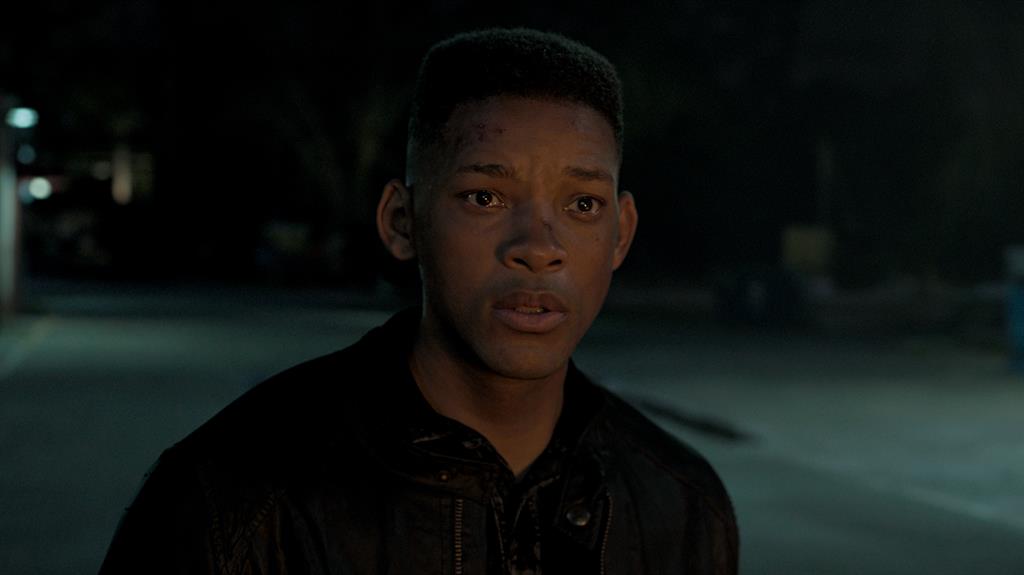 The most impressive thing about Gemini Man is the fact Junior is completely computer-generated. The VFX team has done an extraordinary job of painstakingly creating a 23-year-old Smith. A lot of money was also poured into the 3D shoot at 120 frames per second, which works better for immersive action sequences than dialogue scenes.

Ah, the dialogue. This script hands its actors (real and CG) phrases that are wooden, expository and rarely intentionally funny. Smith does his best to perform with sincerity but co-star Clive Owen has the apologetic look of a man who knows he’s in a stinker (isn’t he always great in great films and bad in bad films?) Mary Elizabeth Winstead, meanwhile, is merely fine in a routine role as Brogan’s right-hand woman.

The story itself manages to be both simplistic and muddled, meaning there’s little tension or room for emotional involvement. It’s hard to believe this comes from Ang Lee, director of the stunning Life Of Pi, which managed to combine visual splendour with an emotive story. It’s also hard to believe this script has been in development since 1997 — it feels like it still needs work. Fans of Will Smith and motorbike chases might find Gemini Man briefly diverting but it’s definitely a case of style over substance.

Technically dazzling but surprisingly dull, Gemini Man is all spectacle and no thrills. ANNA SMITH

The Day Shall Come

IT’S nine long years since British comedic genius Chris Morris (Brass Eye) socked us with his Bafta-winning feature debut, Four Lions, about bungling homegrown jihadis — and in an era of Trumpian fake news we’ve never needed his savage brand of surreal satire more. How disappointing, then, to find his keenly awaited follow-up is essentially a bit like Four Lions only not as good.

This outdated war-on-terror farce sees a squad of immoral FBI officers (including Anna Kendrick and Denis O’Hare, both great) attempt to fabricate a terrorist threat by coercing and then framing a mentally ill, inconveniently gun-hating Miami preacher (appealing newcomer Marchánt Davis) who is convinced he can shoot lightning bolts with his mind and summon dinosaurs with a trumpet blast. While an intelligent, bravely bleak intent underlies the knockabout humour, far too few of the one-liners actually land.

Draggingly directed by Morris himself, it feels like he’s shooting fish in a barrel yet somehow still missing. LARUSHKA IVAN-ZADEH

THIS is not your everyday story of country folk. ‘Farming’ was an illegal phenomenon from the 1960s to the 1980s whereby Nigerian parents paid white working-class British families to foster their offspring while they worked for a better life. Tens of thousands of children were shipped over here, including writer/director Adewale Akinnuoye-Agbaje (known for his acting roles in the likes of Lost and Suicide Squad), for whom this raw debut is clearly a form of brutal therapy.

Sensitive Eni is fostered to an illiterate, emotionally abusive ‘Gypsy’ mother (Kate Beckinsale — surprisingly effective casting as a Mummy Fagin). Unable to find love and acceptance in either small-town racist England or what his ‘mum’ calls ‘Wooga Wooga land’, Eni becomes mute, attempting to scrub off his own skin to fit in.

Later, as a self-loathing teenager (an intensely committed Damson Idris), he joins a gang of skinheads, fighting to ‘Keep Britain White’ alongside them.