WHAT with Gwyneth Paltrow’s Oscar-winning 1996 movie, Kate Beckinsale’s 1996 ITV film and Romola Garai’s 2009 BBC series — not to mention Hollywood/Bollywood spins Clueless and Aisha — out there, we really need another screen adaptation of Jane Austen’s Emma like we need a $75 Goop candle that smells like a vagina.

However, this delightful debut twirl around the drawing room from the preposterously named director Autumn de Wilde smuggles a darker, sexier edge beneath its pastel petticoats.

For those who didn’t do it at GCSE, ‘handsome, clever and rich’ Emma Woodhouse (Anya Taylor-Joy) ‘had lived nearly 21 years in the world with very little to distress or vex her’.

Determined to remain single to care for her hypochondriac father (Bill Nighy being gloriously Bill Nighy), Emma’s hobby is match-making. She starts the story trying to pair off her new pet, Miss Harriet Smith (a perfect Mia Goth) with the local vicar (a hilarious Josh O’Connor — is there anything this man can’t do?), much to the disapproval of hunky family friend Mr Knightley (Johnny Flynn — woof!).

Elsewhere, Callum Turner as a rich cad and Sex Education’s Connor Swindells and Tanya Reynolds fill out an appealingly young cast — with Miranda Hart, who could have been invented for Jane Austen adaptations, popping up to warble ‘you must sample the tart!’ at inopportune moments.

Jane Austen herself declared Emma to be a character ‘whom no one but myself will much like’, which presents Taylor-Joy with an interesting challenge. She largely pulls it off, with smouldering Flynn’s introverted Knightley presenting an equally conflicting male hero.

With a cheeky bit of nudity and erotically charged waltzing there’s enough to get even Fifty Shades fans hot under the collar. It’s all in the mind, people…

Other treats abound in this bonbon box of a movie: picturesque picnics, a candlelit ball, oodles of bonnets and fancy dresses. This is cosy Valentine’s Day escapism par excellence.

Yet Eleanor Catton’s script excellently draws out the darker realities of this gilded cage, with its brutally strict social hierarchies — while a recurrent flock of red-hooded seminary girls flag up the true position of women in this claustrophobic patriarchy.

It’s all there if you choose to see it, but you can happily scoff down the lot without thinking — and you simply must sample the tart.

■ In cinemas nationwide from Friday

A DECAPITATED head rolls out on to the road — and it’s still giggling. Welcome to the ultra-violent, ultra-entertaining world of cult Japanese auteur Takashi Miike. And for those unfamiliar with his 102 (yes, really) films, this frenzied action-comedy really is the ideal introduction.

Set over a single crazy, eventful night in Tokyo, it’s familiar Miike territory — a 1990s pulp fiction yarn of Japanese and Chinese gangsters, crooked cops and drug deals where you have to pay serious attention to the opening 45 slow minutes of exposition to fathom who’s who and who they’re double crossing.

Get that far, however, and you’re in for wall- to-wall, pedal-to-the-metal mayhem as Miike’s signature zany, blood-splattered, cartoonish style takes over.

Most shocking of all, however, is that the heart of Miike’s 103rd movie lies in a surprisingly sweet love story between a young boxer with a brain tumour and a gangland daughter drugged into being a sex worker.

Perfect ‘alternative’ Valentine’s viewing, then, for kids of the ’90s and hip Gen Zs alike.

ALSO OUT THIS WEEK 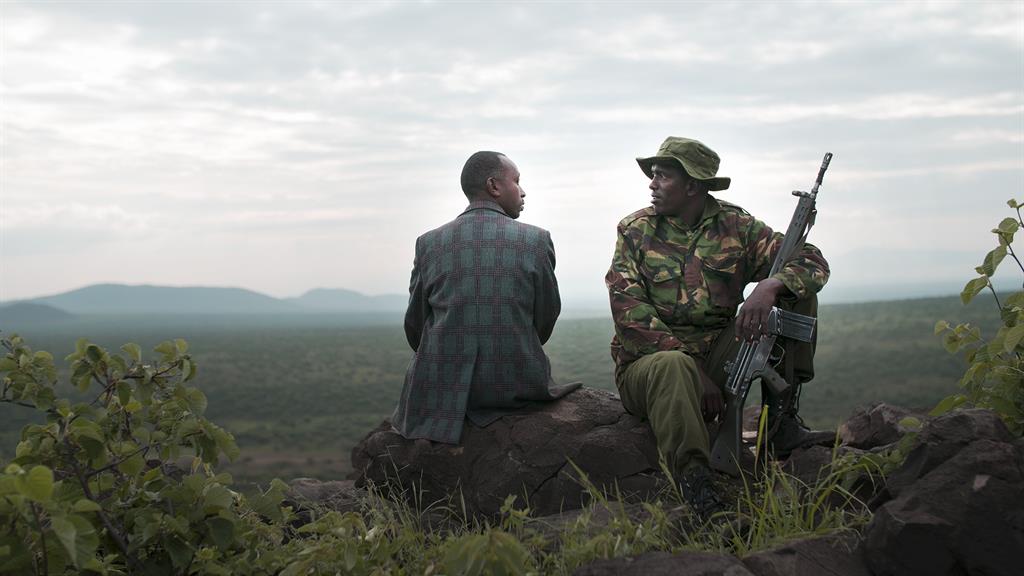 A 76-minute documentary that took three years to make, this follows a small-time Kenyan ivory dealer/elephant poacher and his ranger cousin, who is tasked with protecting the beasts. A deep dive into colonialism’s dark legacy, this feels more like a taut feature drama. 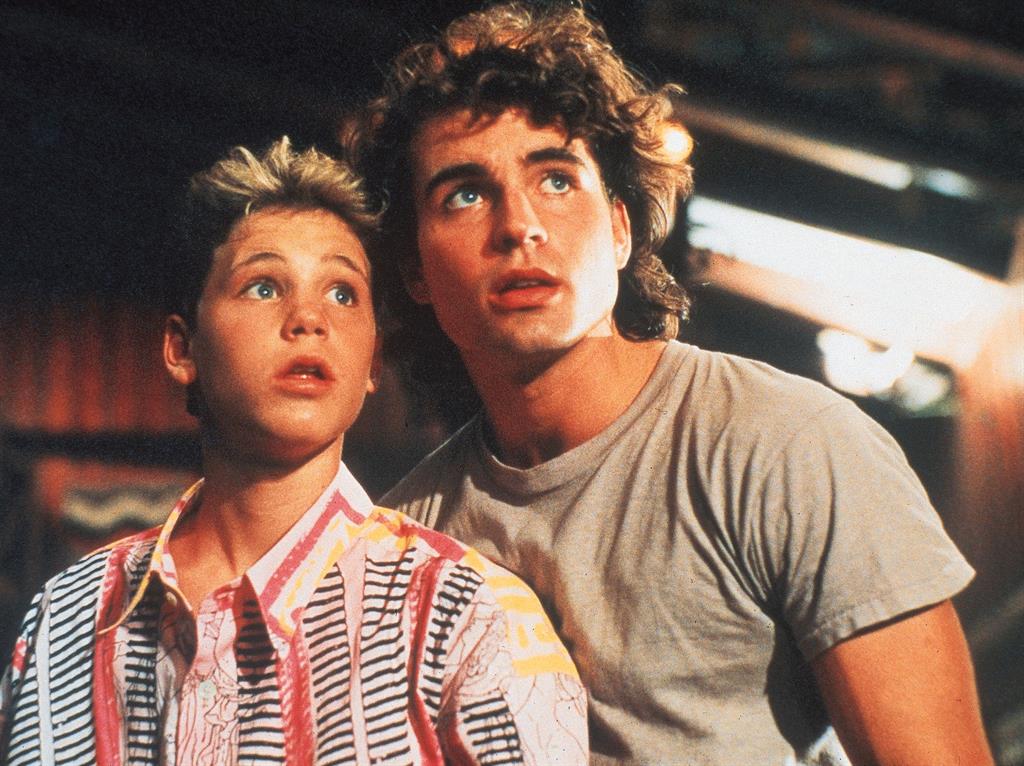 Corey Haim and Jason Patric plus Corey Feldman and Kiefer Sutherland are back to give your Valentine’s Day some bite as the 1987 teen vampire flick gets a 4K spruce-up. 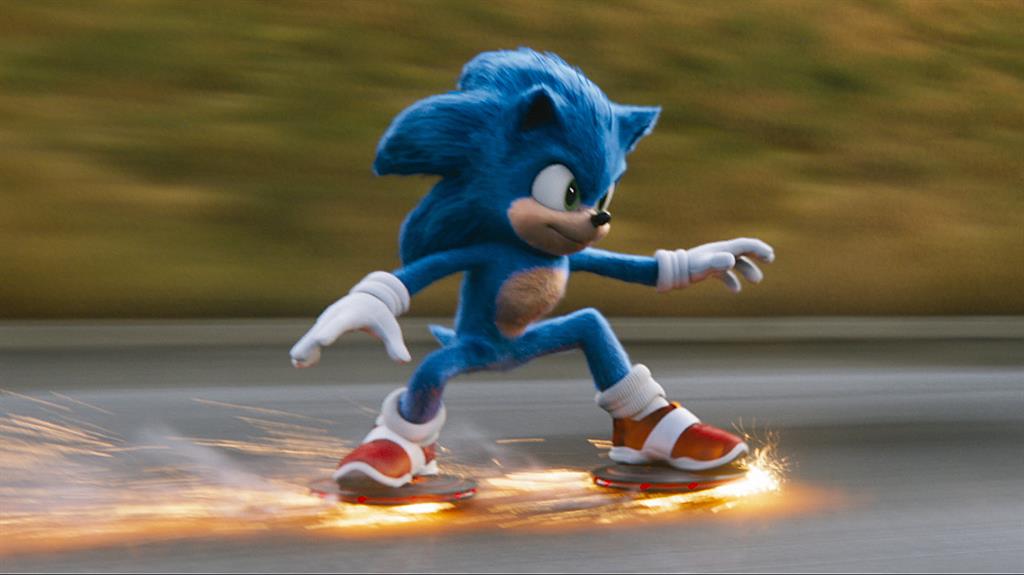 Frantic CGI tinkering occurred after the trailer terrified adult — let alone junior — fans of the beloved Sega video game character. Was it enough to avoid a Cats-level catastrophe? Reviews are embargoed until tomorrow.