WOULD you Adam and c***ing Eve it? (as one of his characters might colourfully expostulate), it’s now 22 years since Lock, Stock And Two Smoking Barrels blew the bloody doors off the British box office. And, after an undistinguished spell in Hollywood (don’t mention that aborted King Arthur series), director Guy Ritchie returns to his roots here doing what he undoubtedly does best — guns’n’ geezers and a whole lot of rabbit (ask Chas & Dave).

Originally called Bush (though this was presumably a too-near-the-knuckle mimic of his cheekily titled 2000 film Snatch), and then Toff Guys, The Gentlemen is another distinctively English cross-class crime caper featuring a top-line American star.

Oscar-winner Matthew McConaughey — mercifully not attempting a mockney accent — is Mickey Pearson, a millionaire marijuana dealer who grows his ‘bush’ on the land of impoverished British aristocrats. Mickey wants out to spend time with his missus (Downton’s Michelle Dockery as the film’s token bird), but a Dickensian whirl of forces threaten to unseat his retirement, including Hugh Grant’s (pictured) sleazy newshound, Colin Farrell’s boxer and a ruthless Chinese gangster (Henry Golding) who, as one character wincingly puts it, has a ‘ricense to kill’. Ouch. 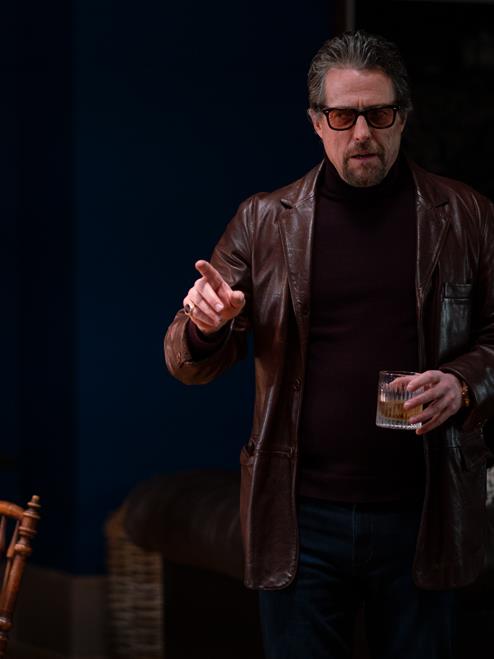 Let’s just say that Ritchie’s vision has not ‘evolved’. Half the audience at my screening roared at every racist/sexist/homophobic/ableist ‘joke’ — the rest stiffened in horror.

Ritchie’s world remains a throwback fantasy of gangland England that never existed and you may not find welcoming.

Still, The Gentlemen is outrageously entertaining, energetically shot and charismatically acted — Hugh Grant totally nails it. As a love letter to cinema, it’s like the Essex version of Quentin Tarantino’s Once Upon A Time In Hollywood: two auteurs sharing a mix of verbosity and violence.