Who doesn’t love a juicy all-star murder mystery, particularly at this time of year? Weirdly, nothing quite says ‘festive’ like homicide, at least if you’re British. Mince pie out for Santa… corpse on the library carpet. What could be more Christmassy?

Knives Out gifts fans of the genre all they’d wish for from an Agatha Christie-type classic, sliced through with a cutting American satirical edge.

The film is set at wintertime in a mist-swathed Victorian-style gothic mansion, a character in its own right. Boasting creaky floorboards, secret doors and weapons conveniently bristling from every corner, it’s like a living Cluedo board — a fitting home for bestselling murder mystery writer Harlan Thrombey, who has just been found dead, his throat slit, the morning after his 85th birthday party.

The only one Benoit can trust is Harlan’s immigrant care worker Marta (Ana de Armas showing she’s got more to offer than playing a glorified sex bot in Blade Runner 2049) because she has a rare medical condition that makes her vomit when she lies. So, whodunit?

It’s no mere nostalgia trip, either. Johnson’s script cleverly weaves in a comment on hot-button US immigration issues, entitlement and who made America great, amid his cracking one-liners. The cast of eccentrics is a treat akin to having a Quality Street box all to yourself — here’s betting that everyone will have their own favourite. 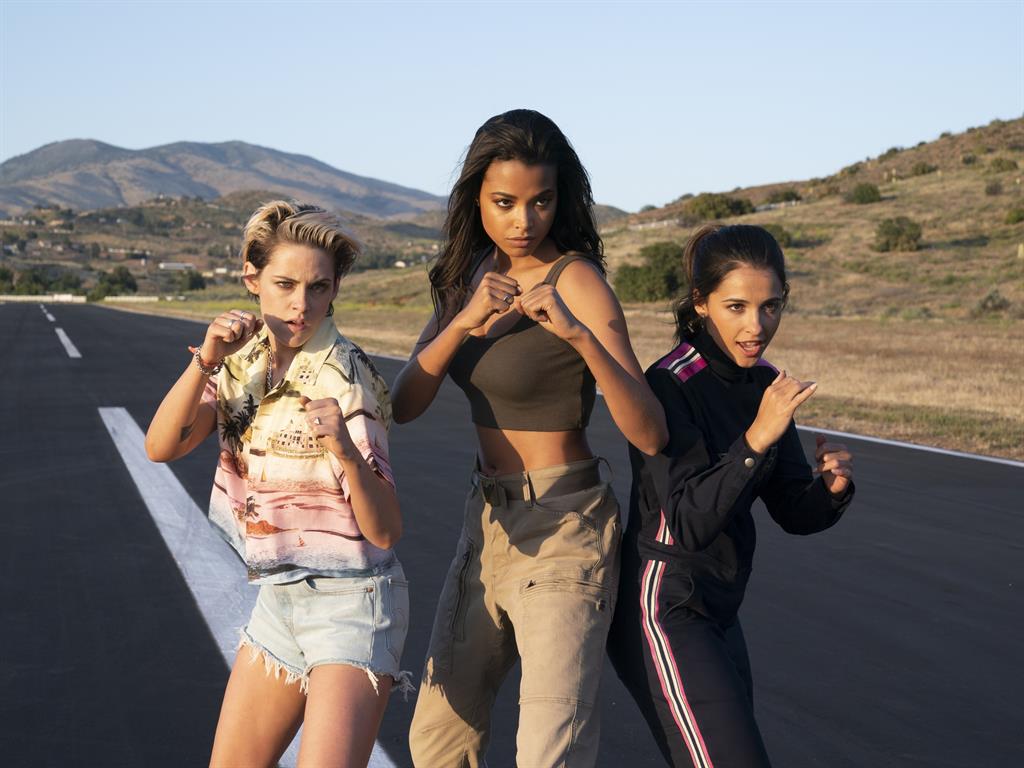 TIMES are certainly ripe for a #MeToo reworking of a 1970s TV series about a trio of hot female spies controlled by a disembodied male voice called ‘Charlie’. But while this girl-power action flick happily bashes you over the head with its feminist credentials, elsewhere it keeps missing the mark.

This decade, Kristen Stewart is the stellar draw: the mopey Twilight star is cast against type as the fun one (the Diaz of the gang) but she’s scintillating as Sabina, a kooky, hard-partying heiress/lady spy. The problem is she utterly outshines her fellow Angels.

New British star Naomi Scott (dazzling in the recent Aladdin reboot) is cute, if no Drew Barrymore, in her role as the group’s rookie; a super smart, but ditzy, scientist. Meanwhile fellow Brit Ella Balinska’s athletic ex-MI6 agent is strong, silent and as dull as a pair of sports socks.As a trio the ladies fail to click. Desperate to show us a good time, the comedy feels strained, a bit like the flatter scenes of Ocean’s 8. Written, co-starring and sluggishly directed by Elizabeth Banks (Pitch Perfect 2), the film’s script is jarringly retrograde in places — do today’s Gen Zs (the main target audience here) really still need to be told that girls can do anything? And the chase/fight action is often poor: an early car chase was so incoherently edited I wasn’t sure which car was coming from where, let alone who was in which vehicle.

Its frightfully reductive to say, but the fabulous fashion and fierce make-up really are the best bits.