EVER feel like you just really need a big, noisy, smash’em, crash’em, shoot‘em-in-the-face-then-blow‘em-up kind of action movie? Well, Netflix has provided one.

Father issues come to the fore when Rake is tasked with extracting an international crime lord’s son (Rudhraksh Jaiswal) who has been kidnapped by someone or other in Mumbai. And it all goes a bit wrong. Er… that’s it. 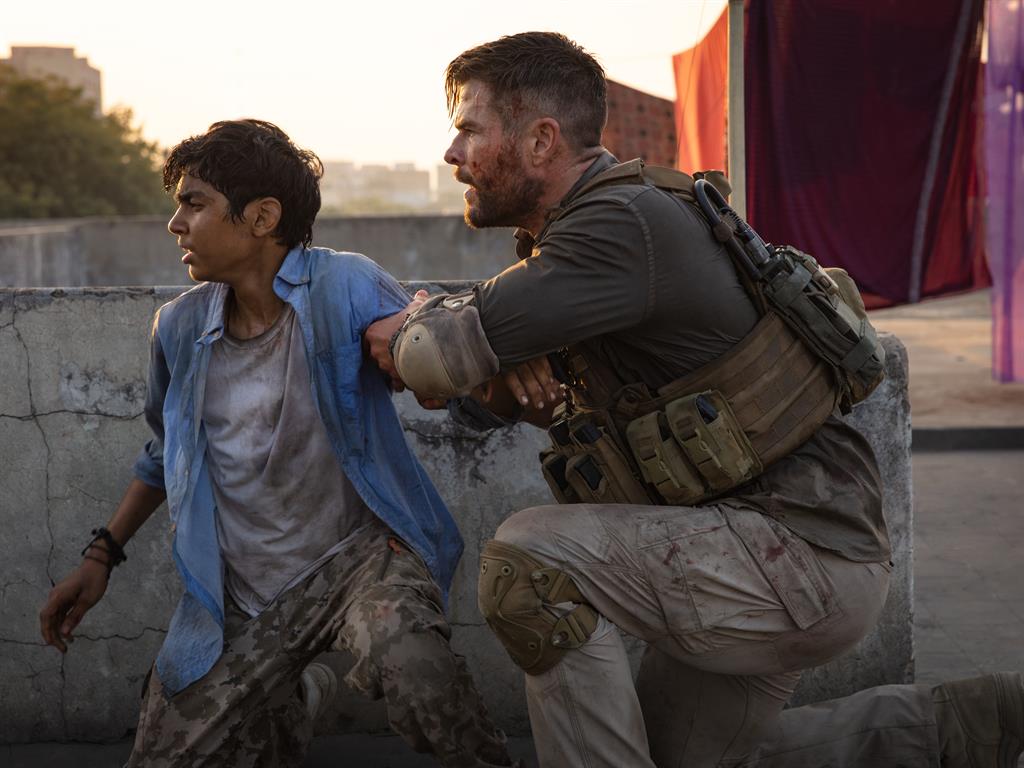 Shot with more muscular skill than imagination, this is a kidnapping thriller so ‘seen it all before’ it even shares a title with another recent one — a 2015 flop starring Bruce Willis. What makes this Hemsworthy is that it’s the debut feature from Sam Hargrave, former Marvel stunt coordinator turned director — and it shows.