A FOUR-YEAR-OLD girl’s burning ambition to be a firefighter sparked a global campaign against sexism yesterday.

Crews responded after Hannah Summers said her daughter Esme thought only men could be in the brigade.

‘My 4yr old came home saying she wished she was a boy so she could be a fireman,’ tweeted Mrs Summers. ‘When I said girls can be firefighters too she said: “But in books they are all boys and I don’t want to be the only girl”.Any good vids/books I can show her?’ 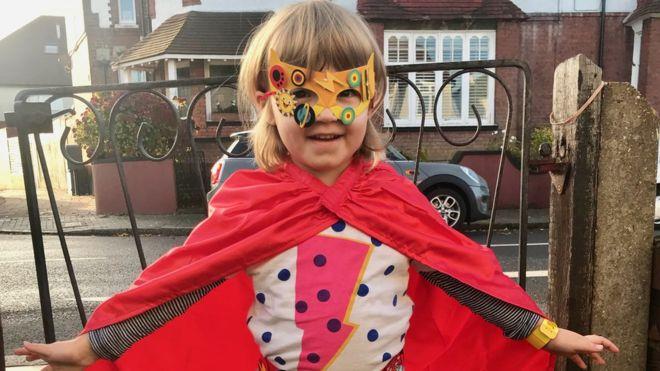 West Midlands Fire Service posted a video of a crew telling Esme (pictured): ‘We’re firefighters and we’re girls’ under the hashtag #FirefightingSexism. The tweet spread like wildfire, with services from Germany to the US posting images of their female crews.

In New York, @SpinnyHeadGal posted a picture of herself with a crowbar. ‘Breaking down doors is GREAT fun! If I can do this, you can, too!’ Carrbridge Fire Station in Scotland tweeted: ‘To girls/women everywhere: Be proud, dream big, follow your dreams, be brave, be what you want to be.’

In south-east England, Laura Heywood wrote that she and her husband are in the brigade and their daughter Zara, five, wants to join. West Midlands station commander Marc Hudson, 39, said: ‘We wanted to send a message to (Esme) to say of course you can be a firefighter. And to raise the profile of female firefighters.’

Mrs Summers said: ‘You all rock! Esme now believes she can be a girl AND a firefighter so thanks again — job done!’