AN ARCHED bridge in Taiwan collapsed yesterday, dropping an oil tanker on to boats in the harbour below.

At least ten people were taken to hospital, six with serious injuries, after the 460ft-long Nanfangao Bridge collapsed.

Six people are missing believed to be trapped on boats as an air force helicopter, fishing vessels and more than 60 military personnel carried out a search. 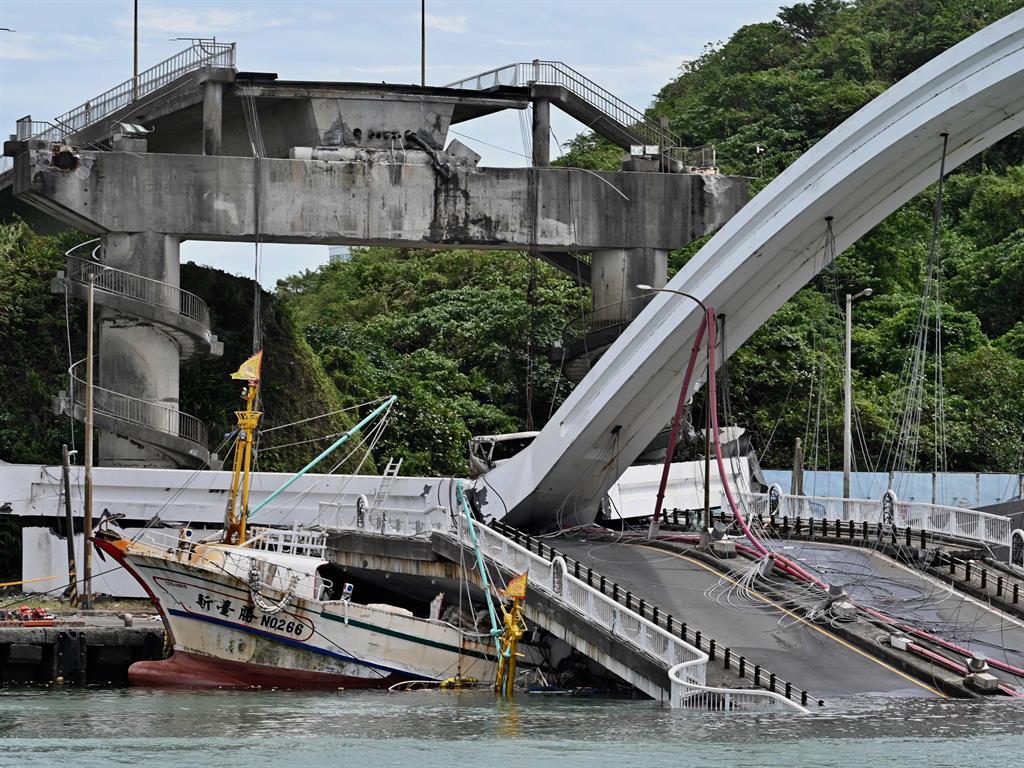 Officials could not say at this stage if Typhoon Mitag, which passed through on Monday, had weakened the 60ft-high bridge.

Taiwan president Tsai Ing-wen said she hoped rescuers would do everything possible to ‘keep the number of deaths and injuries as low as possible’.