ACTIVISTS demanding justice over the fatal shooting of a black woman by US police clashed with hundreds of armed ‘patriots’ in Louisville, near the site of the Kentucky Derby.

Police lined up to keep the sides apart as BLM activists capitalised on Sunday’s world-famous horse race to highlight the death of Breonna Taylor. 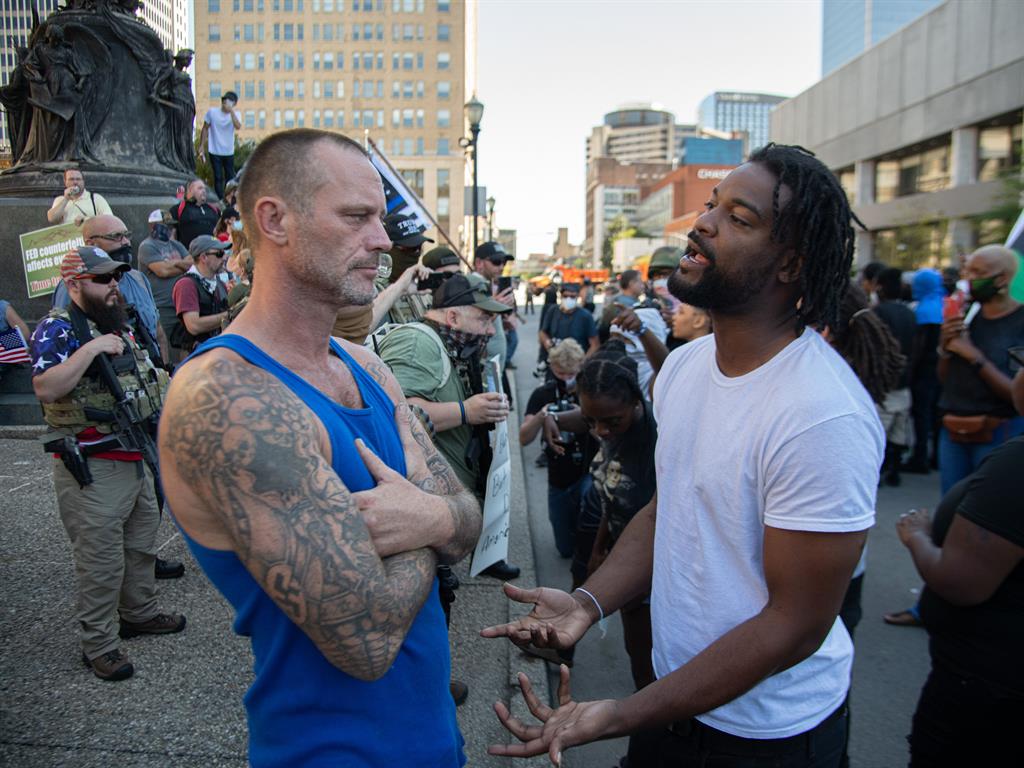 While no shots were fired and the feuding groups eventually separated, across the country peaceful protests over racial inequality have descended into violence between BLM groups and supporters of president Donald Trump.

Ms Taylor, 26, was killed by police in her Louisville apartment in March, sparking recent looting and destruction in the city. On Saturday, those protesting over her death came face to face with their opponents in front of the Metro Hall.

Many complained that police failed to step in to stop the right-wing group intimidating peaceful protesters.

Louisville Metro police department said most of the counter-protesters were assembled about five miles away, near the racetrack at Churchill Downs, and officers decided to monitor the Metro Hall stand-off from a distance.

‘Due to the size of the crowd, we determined it was not safe to go in and we did not want to escalate the situation with police presence,’ the department said.