Ibis Du Rheu was an impressive winner of the novices’ chase under Harry Cobden at Cheltenham’s November meeting, and was then second behind The Worlds End at the home of jump racing last month.

The eight-year-old is currently rated 6/1 favourite by Coral, with five horses — Calett Mad, Carole’s Destrier, Duel At Dawn, Milansbar and Step Back — all 7/1.

Milansbar won this race last year, where he ran from a rating of 134, but the 12-year-old is now on a mark of 140 and was well beaten last month on his seasonal reappearance at Sandown.

Step Back is still interesting off the mark he earned with his 13-length romp in Sandown’s big handicap at the end of last season. But he was slightly lacklustre on his return at Cheltenham in October and has been off the track since then.

There are 13 entries in all, including Cogry, who was second behind Milansbar 12 months ago.

Elsewhere on the seven-race card, Kim Bailey’s Rocky’s Treasure looks the one to beat in the Listed Hampton Novices’ Chase at 1.50. He has already won four races this season, his only defeat when runner-up to the highly rated Santini at Newbury.

Clerk of the course Jane Hedley told Metro the going yesterday was good, good to soft in places, and expects the same, or possibly good all round, by tomorrow.

The ITV cameras will be at Warwick, with four live races being shown on ITV4, along with three from Kempton. Coverage starts at 1.30pm.

Darling looks A1 for a tilt at Lanzarote

DARLING MALTAIX is reported to be in ‘A1 shape’ going into tomorrow’s Lanzarote Handicap Hurdle at Kempton.

The six-year-old, from the yard of Paul Nicholls, was an impressive winner on soft ground at Ascot just before Christmas, suggesting there is more to come.

He has been raised 12lb for that success but is still strongly fancied for tomorrow’s televised 2.40 race, and was last night rated a 13/2 second favourite by Coral. The favourite is Gary Moore’s Kloud Gate at 10/3.

Harry Derham, assistant to Nicholls, told the Racing Post: ‘Darling Maltaix is in A1 shape. He’s been trained for the race since Ascot.

‘It will be different conditions on Saturday — it was a stiffer track and softer ground at Ascot — but we’re hopeful.’

Doux Pretender is rated as a 7/1 chance. The Nicky Henderson-trained six-year-old claimed a gutsy win in front of Stoney Mountain at Ascot in November but was then only fifth in his next outing at Cheltenham last month. 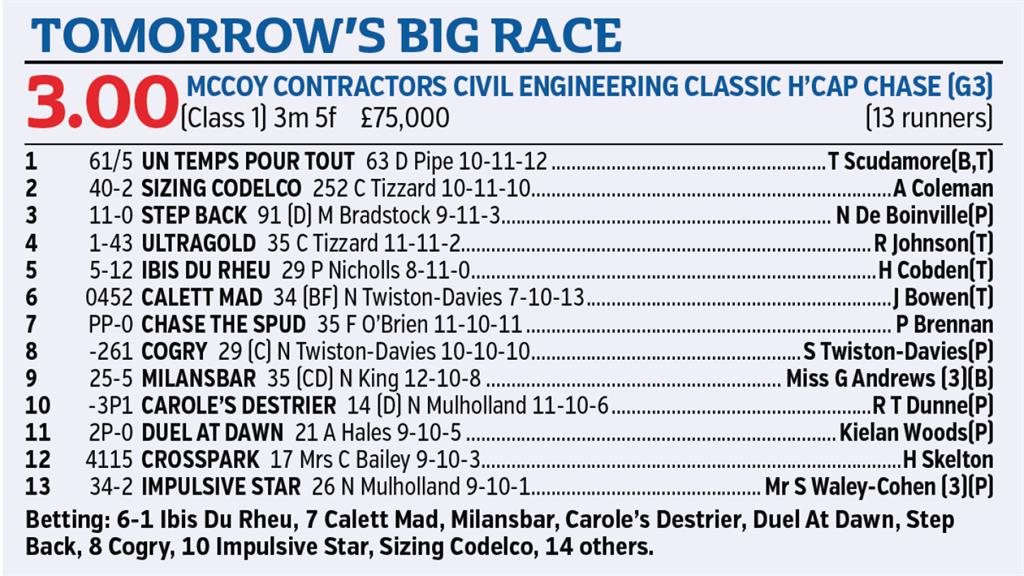 CURRENT title holder Altior is one of 22 entries for the Queen Mother Champion Chase at Cheltenham on March 13.

Nicky Henderson’s stable star has been impressive this season, claiming victory over Un De Sceaux in the Tingle Creek at the start of December, and cruising to another win three weeks later in the Desert Orchid Chase.

Altior (below) will look to provide Henderson with a sixth win in the race, taking the trainer level with Tom Dreaper. 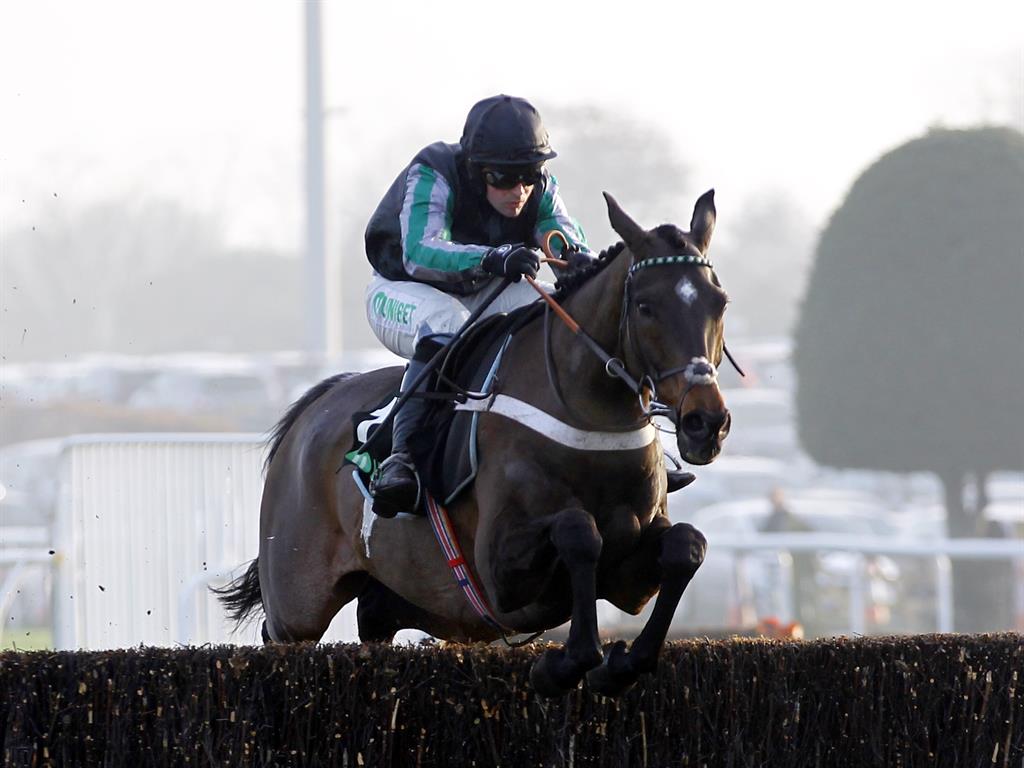 ■ BRYONY FROST claimed her first win at Leicester yesterday. Frost won the Dove Selling Hurdle on Neil King’s Regulation. ‘I’ve had terrible luck here,’ she said. ‘Finally, we can tick another track off the list.’

■ MIN is one of 13 contenders for Willie Mullins among 44 entries for the Ryanair Chase at Cheltenham. The eight-year-old was second to Altior in the 2016 Supreme Novices’ Hurdle and 2018 Queen Mother Champion Chase.

TIP OF THE DAY