WHAT they really really wanted was to be a bit drier. But that didn’t stop the Spice Girls giving a storming performance at the Ashton Gate Stadium in Bristol.

Emma Bunton — aka Baby Spice — shared a picture of herself soaked to the skin after dancing in the downpour with her three bandmates. Bunton, 43, and Geri Horner, 46, wore plastic macs for some of the Monday night performance but Mel C, 45, and Mel B, 44, chose to grin and wear it.

Fans went wild for the effort they put into the waterlogged show.

‘Think I might have drowned a little but worth every second,’ tweeted one fan. ‘Not even torrential rain could dampen these queens,’ wrote another. 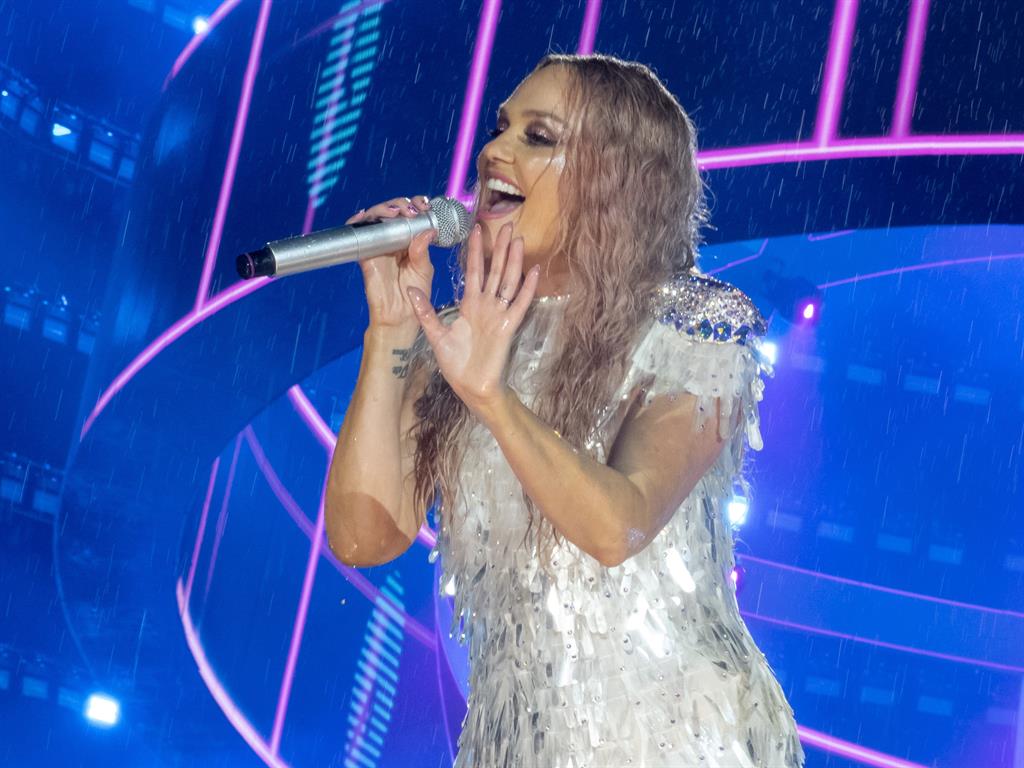 The group will head to Wembley Stadium for their next tour date tomorrow. Victoria Beckham, 45, is expected to be attending one of their London gigs — but in the audience rather than on stage.